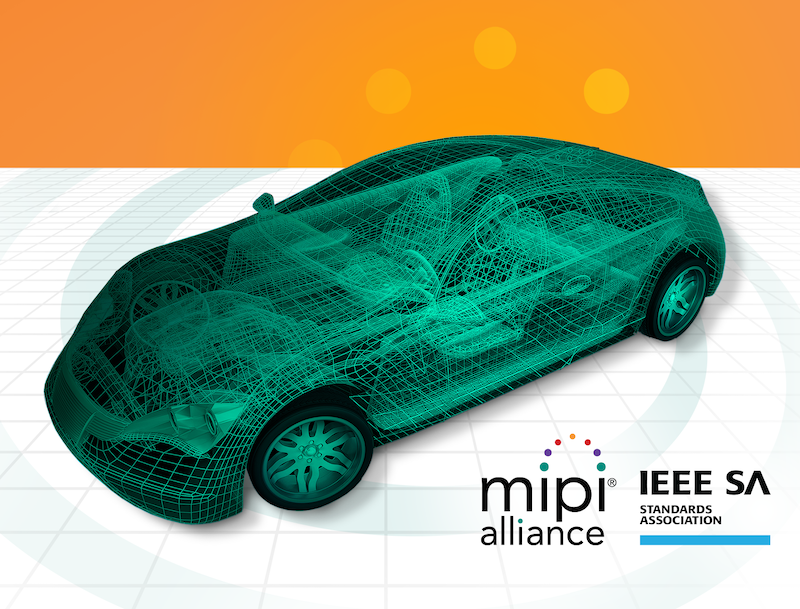 The MIPI Alliance, an international organization that develops interface specifications for mobile and mobile-influenced industries, has adopted the MIPI A-PHY v1.0 specification as an IEEE standard.

Joel Huloux, chairman of MIPI Alliance, says: “This is the first time MIPI has sought adoption by another standards body for one of our specifications.

“With the approval of IEEE 2977, MIPI A-PHY becomes accessible to a broader network of system engineers beyond the MIPI membership.

“This promises a tremendous expansion of the ecosystem of expertise around A-PHY, which will translate into greater interoperability, vendor choice and economies of scale for the global automotive industry, as well as users of the specification from other application spaces such as the IoT (Internet of Things) and industrial.”

The process was initiated in October 2020 with the signing of an IEEE-MIPI memorandum of understanding to facilitate A-PHY adoption within IEEE, the world’s largest technical professional organization dedicated to advancing technology for humanity.

The project’s IEEE working group was led by Rick Wietfeldt of Qualcomm Technologies as chair, and Tzahi Madgar of Valens Semiconductor as vice chair.

Automotive designs traditionally have relied on SerDes “bridges” to connect these devices and applications to proprietary PHYs, resulting in market fragmentation and, in turn, limited economies of scale.

With A-PHY v1.0, released to MIPI members in September 2020, automotive original equipment manufacturers (OEMs) and suppliers can reduce requirements for these bridges, simplify their designs and cut costs, complexity, weight and power consumption.

With a reach of up to 15 meters, MIPI A-PHY (and now also IEEE 2977) provides an asymmetric data link in point-to-point or daisy-chain topologies, with high-speed unidirectional data, embedded bidirectional control data, ultra-high noise immunity and optional power delivery over a single cable.

It also offers an ultra-low packet error rate of 10‑19 for unprecedented performance over the vehicle lifetime, ultra-high immunity to electromagnetic interference (EMI) effects in demanding automotive conditions and data rate as high as 16 Gbps, with a roadmap to 48 Gbps and beyond.

A-PHY also serves as the foundation of the MIPI Automotive SerDes Solutions (MASS) framework, which simplifies the integration of cameras, sensors and displays across a vehicle while adding functional safety and security.

The adoption of A-PHY by IEEE marks the latest milestone in the close relationship between the two organizations. MIPI is a corporate member of IEEE and has been a member alliance program of IEEE’s Industry Standards and Technology Organization (ISTO) since MIPI was formed in 2003. The A-PHY adoption is the first time an IEEE-ISTO program specification has become an IEEE standard.

Dr Konstantinos Karachalios, managing director of IEEE Standards Association (IEEE SA), says: “IEEE 2977 is a crucial addition to our portfolio of mobility standards because it delivers a new asymmetric approach to connectivity for automotive applications.

“We look forward to our continued collaboration with MIPI and its ongoing contributions to our global stakeholders.”

Ongoing development of A-PHY will take place within the Alliance. MIPI A-PHY v1.1, scheduled for release by year-end, will double the downlink data rate (to 32Gbps), double the uplink data rate, and introduce options for implementing A-PHY’s lower speed gears over lower-cost legacy cables. Plans call for it to be put forward for IEEE adoption as well.

MIPI A-PHY v1.0 or IEEE 2977-2021 is accessible to MIPI members via the MIPI website, or by visiting the IEEE SA website. Additional resources, including FAQs, on-demand webinars and presentations are available on MIPI’s A-PHY webpage, and an automotive workshop is also planned for late 2021.