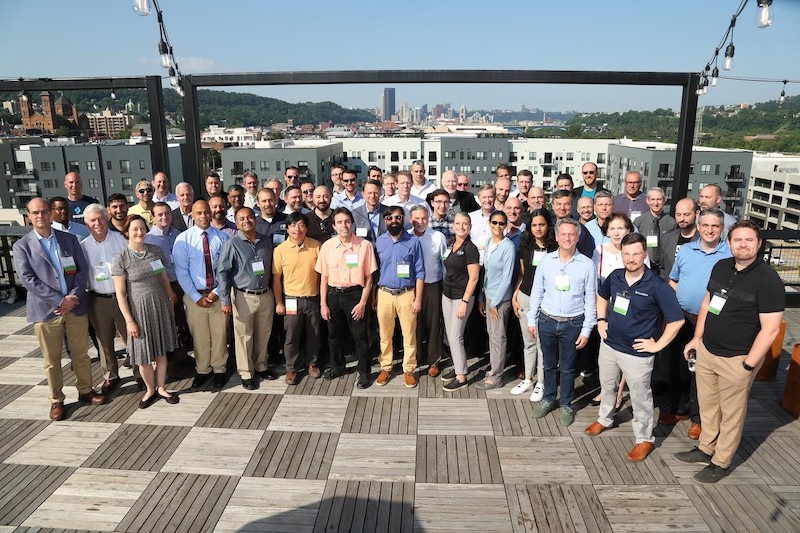 The Pittsburgh Robotics Network, a group dedicated to the growth of the region’s robotics and artificial intelligence companies, says it has attracted over 100 members – making Pittsburgh home to “one of the world’s most dynamic robotics ecosystems”.

The network’s success has led its members and partners to commit to making Pittsburgh the “robotics capital of the world”.

The Richard King Mellon Foundation commemorated this membership milestone with a grant of $125,000 to support the continued growth of the PRN.

Joel Reed, executive director of the Pittsburgh Robotics Network, says: “We have created one of the world’s largest platforms where top robotics and AI companies work together. We’re a community of innovators, builders and makers determined to solve the world’s toughest problems.

“The PRN bridges this community to growing pools of worldwide talent, emerging industry networks, investors and users of autonomous solutions.”

Since 2012, $3.3 billion in venture capital and private equity has been invested in Pittsburgh’s robotics firms, and nearly 600 patents have been awarded for robotics-based innovation.

In addition, Pittsburgh is home to Carnegie Mellon University, which founded the world’s first robotics PhD program in 1988 and drives innovation through its Robotics Institute, the world’s largest robotics research and development organization.

The Robotics Institute also includes the National Robotics Engineering Center, which has been transforming robotics research into practical industry solutions for over 25 years.

Martial Hebert, dean of the School of Computer Science at CMU, says: “As Pittsburgh secures its spot as one of the largest robotic ecosystems in the world, the region hosts businesses and talent that will make a lasting impact on how the future of society operates.”

Pittsburgh also offers a robust talent pool with 12,000 technology degrees and certificates awarded annually, ranking as one of the top five cities in the United States for college students.

The University of Pittsburgh plays an important part in the ecosystem by producing top engineers and scientific research from the Swanson School of Engineering and School of Computing and Information.

“With our world-class engineering, computer science and information science capabilities, and our region’s reputation as a global leader in the industry, this alliance will help us continue to drive innovation in robotics and build the economy of the future.”

In the past five years, the technology talent pool in Pittsburgh has grown by 20 percent, with over 45,000 workers in the industry. And in Pittsburgh’s robotics sector, employment has grown by 300 percent since 2011.

Reed says: “Even through the pivots resulting from Covid-19, this past year proved once again that whether you’re interested in robotic solutions that feed the world (agriculture), travel without a human driver (autonomous vehicles), innovate retail (logistics), or exploration to the moon (aerospace), you’ll find world-changing solutions being catalyzed right here in Pittsburgh.”

Pittsburgh has been dubbed as the birthplace of self-driving car development, which dates to CMU’s research in the 1980s, and is home to Aurora, which acquired Uber’s Advanced Technology Group (ATG).

“As a longstanding center of innovation, we are proud to call Pittsburgh home and to work alongside the region’s diverse talent and technology industry leaders to create real value for everyday applications, including mobility and transportation,” says Peter Rander, co-founder and president of Argo AI, which is working with Ford and Volkswagen to launch autonomous ride-hailing and goods delivery services.

The autonomous vehicle technology company has grown its team to more than 500 in Pittsburgh and 1,300 worldwide since it was founded in 2016.

Reed adds: “In addition to leading talent, more and more business transactions are occurring in the region, with support from global players like JP Morgan and Dentons’ Global Venture Technology Group.

“Leaders such as these have made strategic investments in Pittsburgh to help accelerate the introduction of robotic solutions in many different business markets that face unprecedented and historic labor shortages.”

The $125,000 grant that was announced at the event from the Richard King Mellon Foundation, comes as part of its newly launched 2021-2030 Strategic Plan, which aims to foster business growth for a diverse pool of talent in specific industry clusters.

The PRN was formed by robotics leaders in 2016 for the purpose of building a connected community and leveraging shared resources. In 2020, the PRN expanded its mission to enhance Pittsburgh’s standing in the worldwide robotics community and advance robotics and artificial intelligence technologies globally.