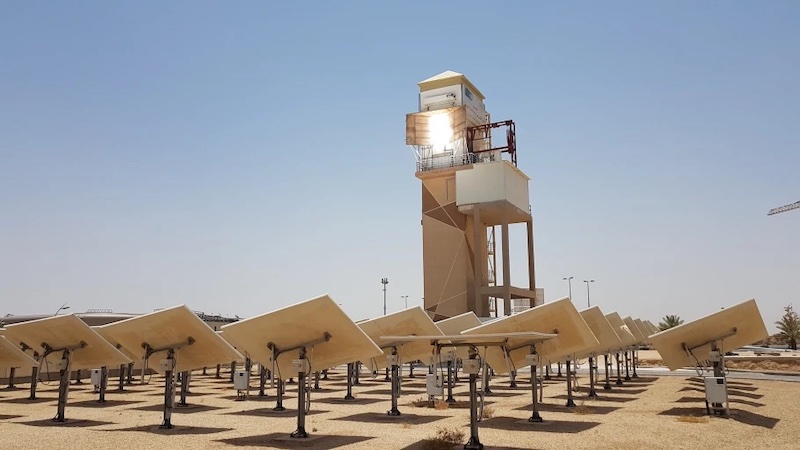 The Horizon 2020 Desolination project started in June, this year and will last 48 months until May 2025.

During this time, innovative technologies related to both concentrated solar power and desalination will be designed to improve the efficiency of existing concepts.

Not only will improvement be made on the independent systems but also on their coupling taking advantage of the mutual interactions and potentialities.

The final demonstration system will be a 2 MWel power plant built in Saudi Arabia bringing together two promising technologies associated for the first time to reach unprecedented efficiencies.

Desolination focuses on the Gulf Cooperation Council (GCC) region to test and deploy its technology and in particular this first prototype to be built on the premises of King Saud University in Riyadh, Saudi Arabia.

With high solar resources and high demand for desalinated water, it is expected that the Desolination prototype will provide low-cost renewable electricity (<€90/MWh) and low-cost fresh water (<€0.9/m3), matching the countries’ requirements for efficient and accessible production of water.

Desolination will innovate on different fronts. On the concentrated solar side, carbon dioxide blends will be the core of the innovation, leading to more efficient and less expensive power cycles and controllable parameters.

On the water side, forward osmosis will be developed and linked to membrane distillation using the wasted heat of the power cycle to generate freshwater.

Finally, a unique combination of the power and water cycles will allow the disruptive coupled system to work at high waste-heat-to-freshwater conversion efficiency.

Throughout the project, both EU and GCC countries will be collaborating to provide a high-level technological demonstrator.

Indeed, Desolination brings together some of the best experts in the world on concentrated solar power, carbon dioxide power cycle design, desalination processes, separation membranes and system integration to fulfil the project’s objectives of a strong market uptake potential after the end of the project.