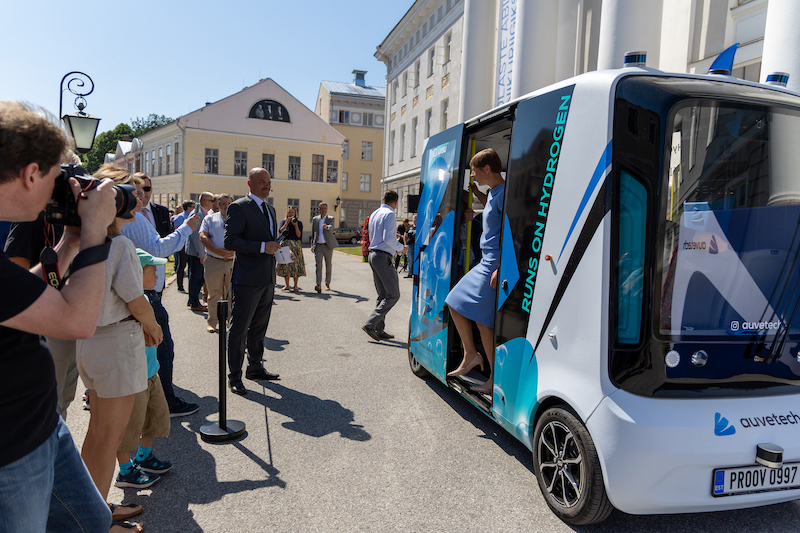 What has been described as “the world’s first autonomous hydrogen vehicle” has now been officially launched.

Created by the Estonian enterprise Auve Tech in cooperation with University of Tartu researchers, the vehicle was presented to the public for the first time in Tartu, a city in eastern Estonia. The first passenger on the hydrogen vehicle was the President of Estonia, Kersti Kaljulaid.

The hydrogen shuttle, which at the beginning of June successfully drove its first test kilometers and was authorised by the Estonian Road Administration for public traffic, was completed thanks to the collaboration that started in February 2020.

The vehicle is powered by low-temperature hydrogen cells, which were developed at the University of Tartu and which produce energy from hydrogen right inside Auve Tech’s self-driving shuttle. Seating up to six passengers, it is primarily aimed at enhancing last-mile transportation.

Like Auve Tech’s other vehicles, the shuttle can drive without human interference both in public traffic and semiclosed areas; its movements can be monitored and, if necessary, corrected by remote control. 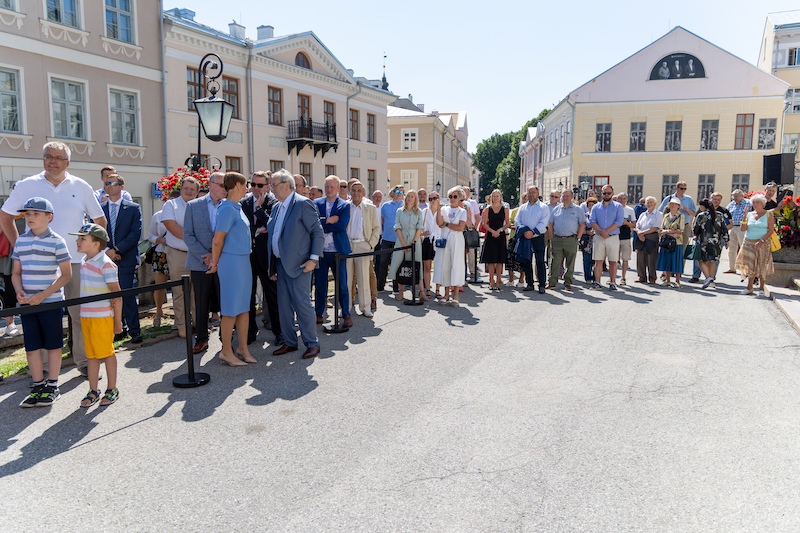 At the premiere of the vehicle in front of the main building of the University of Tartu, the President of the Republic of Estonia Kersti Kaljulaid held a speech in which she emphasised that the development of a hydrogen shuttle is not only an important milestone in the integration of two promising future technologies, but also marks a major step towards the new reality in which people and innovative scientific solutions meet in everyday life.

President Kaljulaid says: “No one in the world has dared to spend time and resources on bringing together two parallel developments in transport – autonomous driving and remote control with hydrogen fuel.

“This shows that both technologies are still in an experimental stage. Undeniably, an entrepreneur who combines these two things takes a risk that is not twice but two squared as big. We actually don’t know what exactly our future will be and how soon it will be here.

“Like always, the problem is not in science or technology, but in the human being. We cannot imagine what happens when we have two types of drivers in traffic. It is possible that we, the Homo sapiens, must step away from the steering wheel to make room for self-driving vehicles.

“Over 30 years, Estonians have done a lot of things that others have said they would, but do not dare to do. In this sense, Auve Tech’s hydrogen car fits perfectly into the worldview of Estonians.”

Väino Kaldoja, founder of Auve Tech and author of the Iseauto concept, says that in small Estonia it is possible to do great things in a short time. “This is what we experienced a few years ago, when our Iseauto was approved as road-legal, as well as now, as we are the first in the world to have combined autonomous driving and hydrogen energy in a vehicle,” he says. 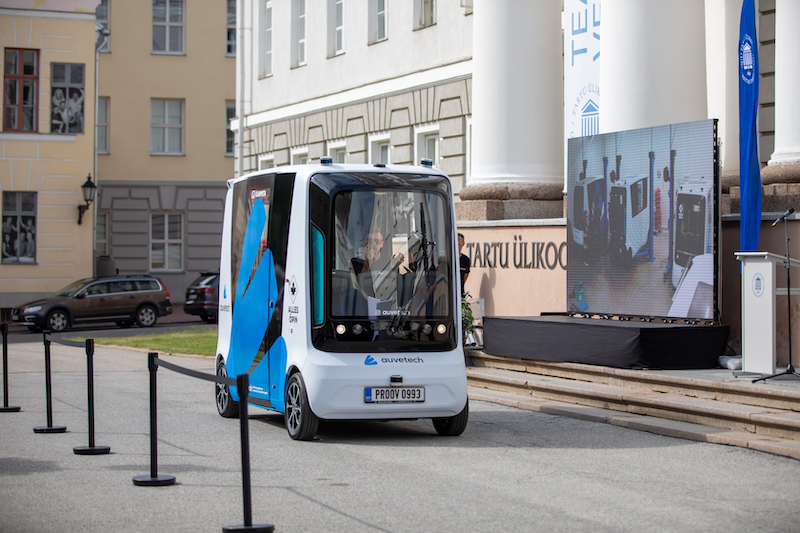 For Kaldoja, not only the end result is important, but also the students, researchers and experts involved in the process, who have been able to actively participate in creating something that is unique. More than 50 students were involved in the hydrogen shuttle project and all of them acquired much valuable knowledge about innovative hydrogen technology.

He adds: “Today is definitely a significant day for the whole world but we still have so much energy, so that for us it is just a landmark on our long journey. This is our nod to all Estonian girls and boys who are still at school, curious to take in more knowledge.”

Lust says: “It is important for us to show the initiative in developing fuel cells that convert hydrogen to energy. Hydrogen is the only sustainable solution in a situation where by 2030, at least 12% of the transport in Estonia must be powered by renewable fuels. We proved that in cooperation with the private sector, we are able to find a solution to it.”

He says that now it should be further developed on the national level. “Estonia is a small country, where a nationwide hydrogen infrastructure could be developed quickly, similarly to Germany, where the maximum distance between hydrogen filling stations is less than 150 km,” Lust said.

According to CEO of Auve Tech Johannes Mossov, a driverless hydrogen vehicle is an environmentally friendly alternative to personal cars.

“The hydrogen used in the hydrogen cell makes it possible to produce the electricity needed to run the vehicle inside the vehicle, and the only by-products are vaporised water and heat. Its fast charging compared to electric cars allows more working hours for the vehicle, increasing the efficiency and introducing a way to integrate autonomous transportation to our everyday lives,” says Mossov.