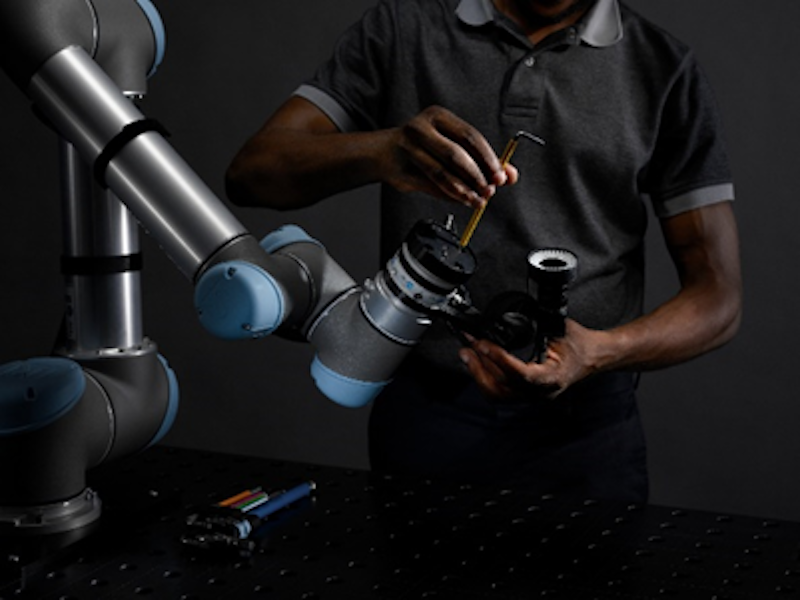 Using artificial intelligence (AI), MIRAI enables robots to flexibly react to variances in their tasks in real time by learning from humans.

Variances in position, shape, surface properties or lighting conditions are a common challenge for robotic automation of machine tending, assembly or test applications.

With MIRAI’s new “positioning skills” feature, giving examples of quality movements to the robot has become much easier, and the robot will generalize and understand what to do much more quickly.

With the new feature, MIRAI customers will notice quicker set-up times, down from 2-3 days per skill to about three hours. In addition, robot speeds have increased, which also enables shorter cycle times. 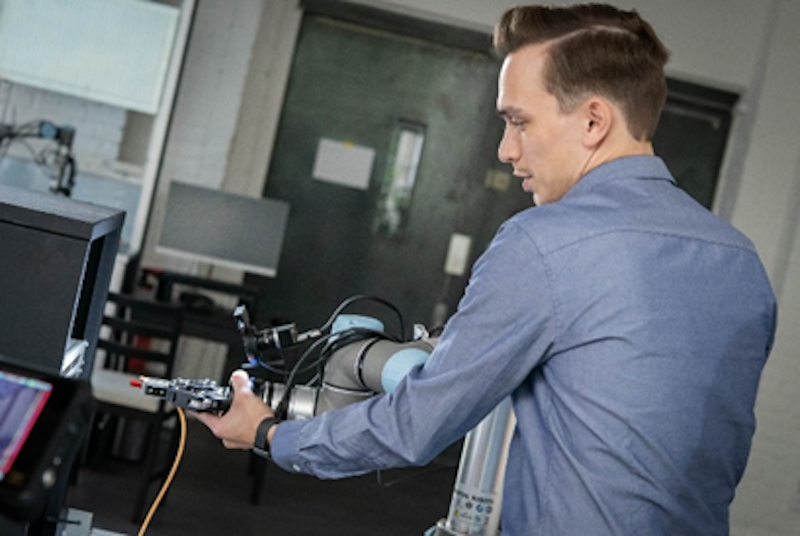 Ronnie Vuine, CEO of Micropsi Industries, says: “Our customers deployed the first generation of MIRAI with great success and were able to make their small-scale automation projects commercially viable for the first time.

“But we realized a decision for automating a workstation often isn’t based on a good business case alone. The project also needs to be the lowest-hanging automation fruit for the engineer who would be working on it, so we decided to lower these fruits in the second generation of MIRAI.

Companies wanting to use a robot to perform precise and complex skills – such as gripping and inserting a bendable or soft component, like a cable, into differently arranged sockets – would primarily use the MIRAI controller at the first and last decisive centimeters of a manufacturing step.

With MIRAI, preparing robots to perform tasks that include variances requires a human worker to guide the robot arm several times through typically occurring scenarios to show the robot to its destination, such as sockets in which freely hanging cables need to be inserted.

A machine learning process then derives a motion intuition for the robot from the given examples.

For a robot that is not required to follow specific paths to perform its task, MIRAI users can deploy the new positioning skills to teach the robot to find the destination even faster because a human worker needs only to show MIRAI the surroundings of the target with the camera.

The robot then independently searches for the shortest path to the object.

Through demonstrations, the robot can learn almost any task, including all precise tasks that involve variances, whether tracing lines, bolting differently placed screws or even checking solder joints at varying positions.

This enables the automation of production steps in industries such as assembly or quality inspection, which previously could only be performed manually by human workers.

Training the robots in this unique way, by pure demonstration, is an enormous advantage for manufacturers who have variant-rich production. Not only will the robots be able to start performing their tasks sooner, but the manufacturers will save on both engineering and hardware costs.

With a return-on-investment (ROI) of less than 12 months, MIRAI-supported robots are also affordable for small-to-medium enterprises and are so quickly equipped for new tasks that even the automation of three-month production runs is worthwhile.