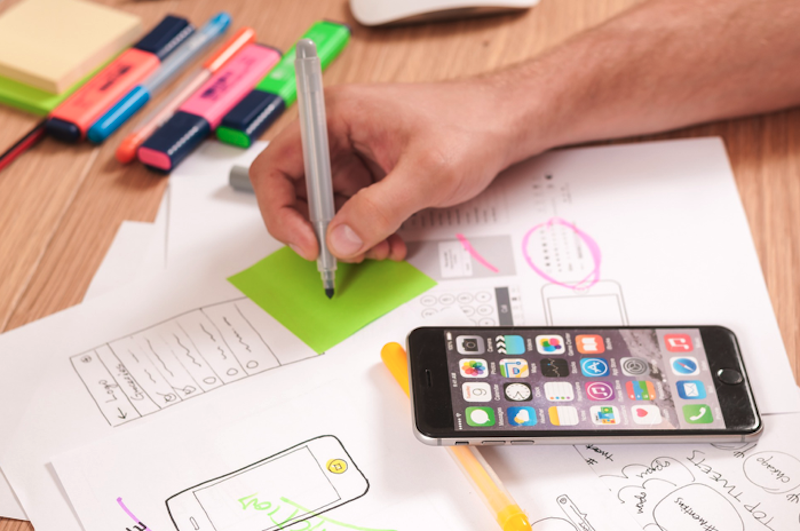 Most users don’t even think about how to make the work algorithm of mobile applications easy and comfortable to use.

Every action that is done by pressing on a certain part of the screen and all of the subsequent processes are maintained by User Experience (UX). User Interface (UI) is capable of making the design look nice and satisfying for most inquiries.

Why do these 2 operational elements play a significant role in development and are they “must-have” of it?

UX/UI is a large concept that includes many important parts: interactive interface, informative architecture, visual design, usability, and human-computer interaction. Without any of these elements, an app will lose its key properties and look commonly among the others, which follow modern requirements.

Combining UX and UI in one term spreads a misunderstanding, that they describe the same process. Of course, it’s not true – they both have specific setting rules and principles. Although they include different skill sets, they are an integral part of each other’s success.

It is mostly determined by how users interact with the application, is the user experience intuitive or confusing and does the navigation in the application seem logical or not.

The interaction with the app should make people feel like they effectively complete the tasks they have set for themselves without wandering in a vicious circle and feeling hopeless.

It is what the user faces on the screen when starting the app using. UI design covers work such as all the graphical parts of the interface. It includes illustrations, buttons and fonts, menus and sliders, animations and images.

The designer determines the color palette and the location of objects in the interface: is the drop-down menu working correctly, is it easy to fill out a form, is the text readable from a smartphone, what message does the site give out for a particular action.

While providing effective UX services some important rules are followed:

And, for sure, no one UX development can be effective without good preparation of mobile user interface. Principles and algorithms of User Experience development are individual for every UI/UX design services, learn more: https://qarea.com/services/ui-ux-design.

Speaking about UI, It is up to a designer how will the interface look like, but essential development laws should be taken into account:

As we see, UX/UI development is one of the key principles of mobile app’s success. A lot of user inquiries should be considered and introduced into the application. Only if it is done, what matters in app development is understood, the project will be successful.