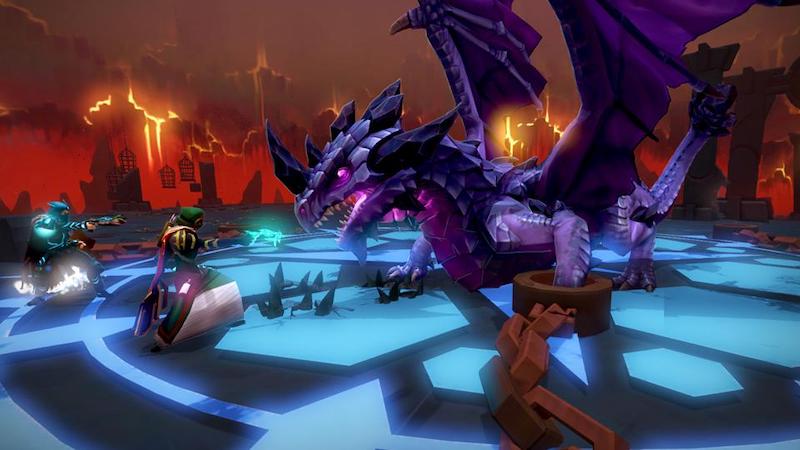 There have been many hundreds of groundbreaking developments in video games since their inception.

Still, sometimes an idea comes along that has the potential to change the future of gaming forever. One such idea is non-fungible tokens (NFTs).

Today, we will be looking at what NFTs are, how they work, and why they’re important. Let’s get started.

What Does Ownership Mean in Games?

The central benefit of NFTs or blockchain games is that you own the assets you collect within the game. To understand what we mean by this, we have to look at what ownership really means in games.

If you get a rare skin in Counter-Strike, for example, the M4A4 Howl that sells for many thousands of dollars, you don’t actually own that skin.

The skin exists on the Counter-Strike servers, and ultimately, the company can decide what to do with it. If they decide to remove the skin from the game entirely, there would be nothing you can do about it.

Most game companies don’t arbitrarily remove items from their servers, and this is why collecting in-game assets is a popular hobby. For example, you can find lots of rare Runescape items for sale on online marketplaces like Eldorado.gg.

However, the point still stands that players don’t have a lot of power when it comes to ownership of in-game assets.

What Are Non-Fungible Tokens?

Tokens can be either fungible or non-fungible. Fungible tokens can be swapped because there’s no material difference between the tokens.

For example, bitcoin, dollars, and gold are fungible tokens.

One dollar is always worth one dollar, and there’s no first dollar or limited-edition dollar that holds more value.

For example, a rare piece of art, a signed first-edition copy of a book, or a house would be considered non-fungible.

A non-fungible token is essentially a digital certificate of ownership and authenticity that says you are the sole owner of the digital asset. NFTs are possible because of blockchains.

Blockchains allow unique and immutable identifiers in the form of a hash ID.

There have been some high-profile sales of NFTs in recent years. For example, the NFT of Twitter CEO Jack Dorsey’s first tweet was sold for an eye-watering $3 million.

Today, we’re living in the digital age, and our digital assets feel as personal and valuable to us as physical assets like artwork.

It makes sense that people want to protect the assets they work hard to acquire, whether these assets are bricks and mortar or pixels on a screen.

It should come as no surprise that some of the most highly prized digital assets in existence exist in games. Gamers put a lot of time and resources into collecting rare, one-of-a-kind game assets that they can either show off or sell to other players.

Some platforms have already started exploring the potential of blockchain and NFTs for games.

For example, The Sandbox, a community-driven virtual world on the Ethereum blockchain, does this.

Players can buy NFTs in the form of virtual land and create exciting gaming experiences on this land. They also have a marketplace where players can create and trade digital assets made within The Sandbox.

Will we see more NFTs in gaming? Yes, this is just the beginning. NFTs just make sense because they solve several problems relating to digital assets:

Authenticity: If you want to buy a Rembrandt painting, you would have to find an art curator, then find a collector who can certify the piece is real.

The collector would look for signs of forgery and authenticity. They would then give you a certificate to say that it is real.

Without that certificate, your painting doesn’t hold the same value as a genuine Rembrandt. NFT’s are revolutionary because this process happens instantly. When it comes to selling your digital asset, you can always prove its worth and authenticity.

Ownership: With NFTs, there’s no doubt who the owner of the asset is. NFTs help strike a better balance of power between game companies and gamers because you can actually own your assets.

You’re not at the mercy of the game company to protect your assets or continue to host them on their servers.

And you hold ultimate control.