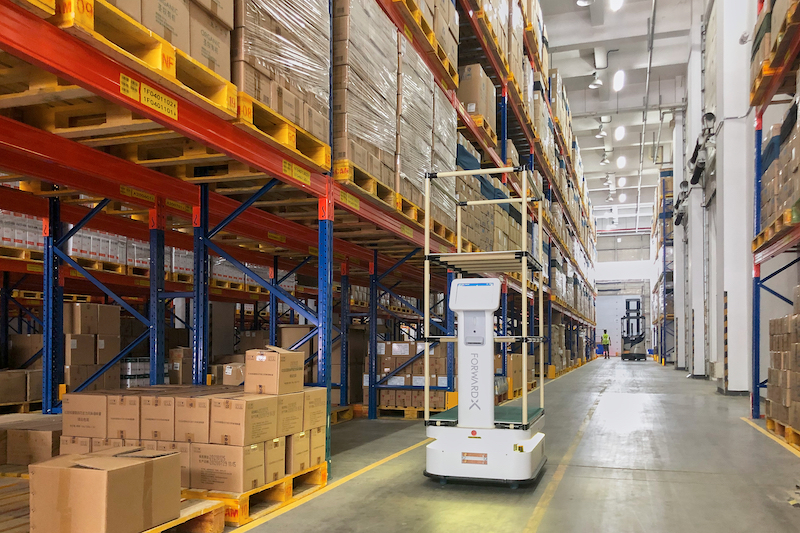 ForwardX Robotics, a developer of autonomous mobile robots for warehousing and manufacturing environments, has closed its Series B funding by raising another round of more than $38 million led by CDH Investments’s VGC, Eastern Bell Capital, and Dohold Capital. Other investors include Angel Around and ZGC Group.

This funding brings ForwardX’s total Series B funding to over $63 million after an initial round of $10 million in March 2019 and an extension of $15 million in April 2020. Since its founding in 2016, ForwardX has now raised close to $74 million in venture capital.

Nicolas Chee, founder and CEO of ForwardX Robotics, says: “Our customers in the warehousing and manufacturing industries come to us to transform their operations and help them unlock new levels of efficiency that were previously unattainable.

ForwardX has quickly made a name for itself as one of the leading person-to-goods solution providers in an accelerating autonomous mobile robot market.

Tang Tao, managing partner at Eastern Bell Capital, says: “With the popularity of digitalization and enterprise transformation, demand for AMRs in traditional supply chain industries will only continue to grow in the future. After 4 years of building a strong foundation, ForwardX Robotics has developed the business acumen and technological capabilities to establish itself as an industry leader.

“Recognizing its ability to deliver and scale its solutions at speed and the safety and reliability of its technology, we believe ForwardX has cemented itself as a leader of perceptive mobile robots and accumulated expertise across a wide range of industries. Reaching an inflection point in its growth, we truly look forward to watching ForwardX help enterprises transform as it becomes the world’s largest mobile robot provider.”

Mingyu Wang, senior partner at CDH Investments, says: “The next three-to-five years will be seen as the golden age of the AMR industry.

“With ForwardX’s multi-robot cluster scheduling capabilities and ability to commercialize its solution, we are very optimistic about ForwardX’s future and the value it will create in the AMR field.”

Caijun Zhao, head of president’s office at TCL Industries Holdings, a subsidiary of TCL Technology, says: “Last year, we co-operated with ForwardX on a project as part of our 5G digital transformation initiative. Our aim was to achieve unmanned material handling across the factory.

“The project has been successful so far with seamless collaboration between (ForwardX’s) AMRs, workers, machines, and the loading carts. We are now looking towards the second and third phases of the project.”

The company will use its Series B funding to accelerate the development of new products and existing products, while expanding its market share across China and the United States. In addition, the company will invest in new international markets, such as Japan, Germany, and the United Kingdom.

“We have faith in the company’s leadership as an experienced team with robust management systems and deep expertise and we are highly optimistic about ForwardX’s future.”