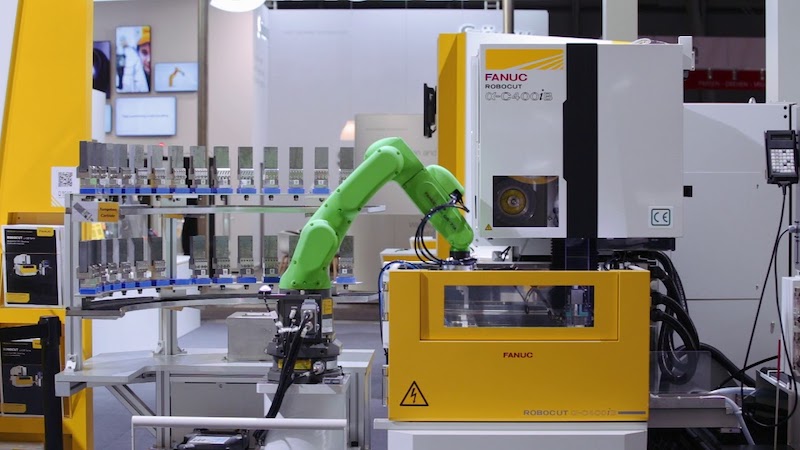 Fanuc America, a factory automation solutions provider, has introduced what it describes as “the next step in complete robotics and CNCs integration for more efficient operations”.

Fanuc CNCs now have the ability to control connected Fanuc robots providing machine tending or other assistance through Fanuc’s Quick and Simple Startup of Robotization (QSSR).

Fanuc’s QSSR is a complete package that simplifies the connection of a Fanuc robot to a Fanuc controlled machine tool.

Those unfamiliar with robotic programming language will no longer require additional training or specialists because the programming can be performed with G-codes.

A reliance on a separate teach pendant for the robot is also greatly reduced with the capability of robotic programming and operation through the CNC user interface.

Fanuc’s QSSR not only makes connecting a Fanuc robot through a high-speed Ethernet cable to a machine tool easy, but also simplifies the setup, programming and operation.