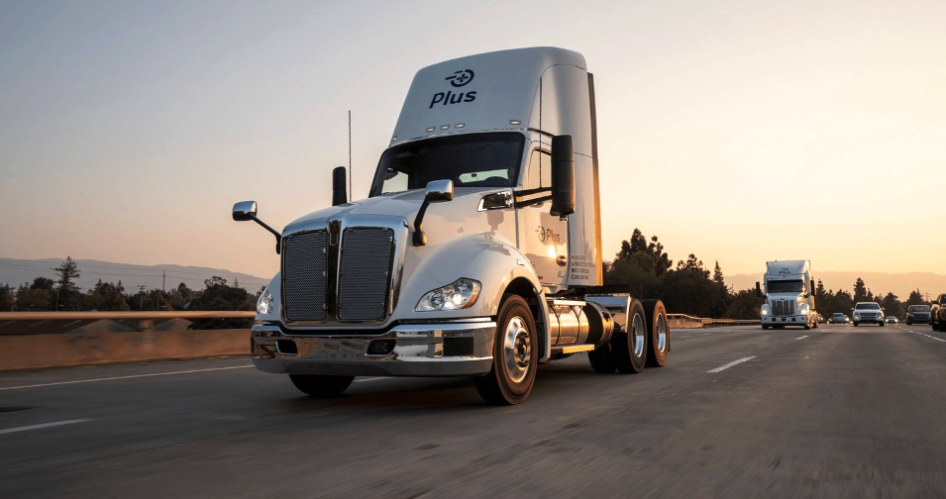 The autonomous trucking industry is about to get what is described by Nvidia as “a major new addition”.

Self-driving truck company Plus announced that its upcoming autonomous vehicle platform will be built on Nvidia Drive Orin.

This software-defined system will “continuously improve upon the safety and efficiency of the delivery and logistics industry with high-performance compute and AI algorithms that can be updated over the air”, says Nvidia.

The self-driving system, known as PlusDrive, can be retrofitted to existing trucks or added as an upfit option on new vehicles by manufacturers.

The company plans to roll out the next-generation platform in 2022 and has already received “more than 10,000 pre-orders”.

With Drive Orin at the center, PlusDrive uses lidar, radar and cameras to provide a 360-degree view of the truck’s surroundings. Data gathered through the sensors helps the system identify objects nearby, plan its course, predict the movement of those objects and control the vehicle to make its next move safely.

Trucking has played an increasingly vital role in the world economy. For example, commercial vehicles transport more than 70 percent of all freight in the US as e-commerce and next-day delivery have skyrocketed in popularity.

These trends come as driver shortages accelerate. The American Trucking Association estimates the industry could be in need of 160,000 drivers by 2028, in addition to limits on the amount of hours drivers can consecutively work that restrict operation.

With the ability to efficiently operate around the clock, autonomous trucks promise to ease much of these industry pressures.

In contrast to lighter passenger vehicles, trucks can total 80,000 pounds with a fully loaded trailer and need a longer time to come to a stop. Developing autonomous commercial vehicles requires a system that can perceive long distances in real time to enable these trucks to safely maneuver.

By leveraging Drive Orin, Plus is building an intelligent, software-defined solution to address these challenges in the near term.

Nvidia Orin is a system-on-a-chip born out of the data center. It achieves 254 TOPS – trillions or tera operations per second.

That is nearly eight times the performance of the previous generation Xavier SoC – and is designed to handle the large number of applications and deep neural networks that run simultaneously in autonomous trucks, while achieving systematic safety standards such as ISO 26262 ASIL-D.