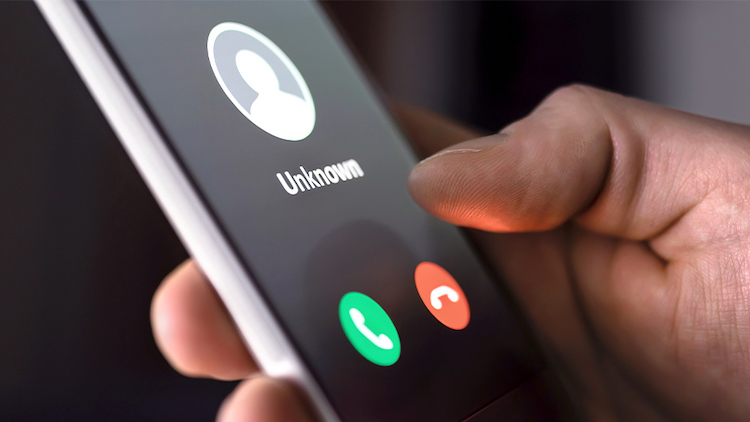 It’s been a busy day. Work, shopping for dinner, preparing meals and now your daughter needs your help with her homework. So, you sit down and help her work out a math problem when all of a sudden, the phone rings.

You get up to answer it and glance at the caller ID, which lists a local number. Because it’s local, you answer the call – and much to your displeasure, it’s a robocall – that annoying recorded phone call that offers you a “terrific interest rate on your credit card balances.”

To make matters worse, this is the third such call in two days.

Unwanted sales calls are not only annoying, they’re often illegal. In 2019, for example, there were over 58.5 billion robocalls sent to US consumers. That’s up 22% from the previous year.

Those calls prompted over 5 million complaints filed with the Federal Trade Commission (FTC), the government agency that oversees consumer complaints. In fact, it was the FTC who in 2003 established a national Do Not Call Registry.

So far in 2021, there have been over 4 billion robocalls placed (any call that uses a recording instead of a live person), which equals roughly 12 calls per person in the United States.

The bulk of those calls came from people pretending to be someone from a government agency – which of course they weren’t. The rest of the calls came from companies wanting to help consumers reduce debt or purchase medical equipment or pharmaceuticals.

Just be aware that the Do Not Call List is only designed to keep companies from sending you annoying calls if you’ve registered. It isn’t designed to stop scam calls. Here’s why: telemarketers are required to update their call lists every 31 days, which they do.

This shows the FTC how many calls are made to people on the Do Not Call List, which can result in fines (up to $10,000) and penalties to the telemarketing companies. Scammers operate illegally, usually form another country, but they have software that provides a fake number and name on your caller-ID.

Being listed on the “Do Not Call List” isn’t a guarantee that all calls will stop. There are several reasons why you still may be receiving those annoying calls.

First, many telemarketing companies are operating illegally, so they’re not providing the FTC with any information. And many scammers are using calling devices and services to get you to answer their calls, and then pretend that they’re a government employee.

Another reason you’re still receiving calls is because they’re coming from a debt collector, who is allowed to contact you if they are taking legal action against you. Otherwise, you can stop their calls.

Also, the calls must relate to credit card debt, car loans or other consumer loans – no business debt is included. This is all thanks to the Fair Debt Collections Act.

The other calls that are allowed to go through even though you’ve registered are those relating to companies you’ve done business with, and those you’ve agreed to receive additional information about them.

Other exempt callers are survey calls, political calls and those from legitimate charitable organizations. You do have the right to ask any of those types of callers to stop calling you if you so choose!

What you can do to stop those calls

Many scammers get phone numbers from people search sites, so it pays to have your information removed from those sites.

Scammers also buy lists of names from these sites, which contain a lot of personal and financial information about you, so getting removed from those sites is critical. Because they’re scammers, filing a do not call registry complaint won’t help.

A better way to go is to have your information removed from all people search sites automatically using OneRep, who has sophisticated software and algorithms that will scour and scrub each site.

If you’ve signed up on the do not call list and calls are still coming to you, block them! Many phone companies and cellular providers have blocking tools available to you and they’re easy to use.

There’s also many spam blocking apps available like RoboiKiller, Call Blocker and Truecaller. The FCC publishes a complete guide to spam blocking on their website.

If you receive a call and know it’s a scam call, report them! That’s the only way to get these companies to stop. Report them to both the FTC and FCC, using the FTC Report Page and the FCC File-a-complaint page. It’ll only a few minutes of your time, but you’ll be helping yourself and many others by doing this.

If you receive a call from a number you don’t recognize, don’t answer your phone. Pretty simple advice, but it works. After so many tries, the calls will probably stop as they move on to someone else.

And even if the number has a familiar area code, don’t fall for it. Most of the scam calls are international, and it’s quite easy to mask the real point of origin of these calls.

Here’s some good advice: if you do answer one of those scam calls, don’t give them a chance to make their pitch. Hang up! Don’t converse or interact with them, and never push any buttons they ask you to push.

If you do, you may be inadvertently agreeing to something you have no desire to be a part of.

Other things to do

If you want to make sure that your number is really listed on the Do Not Call List, check out the FTC’s Do Not Call Registry Verification Page and follow the directions. There’s no charge to do this.

To register for the Do Not Call List, use their registration page to easily add your phone number. You can also add your cell phone number as well.