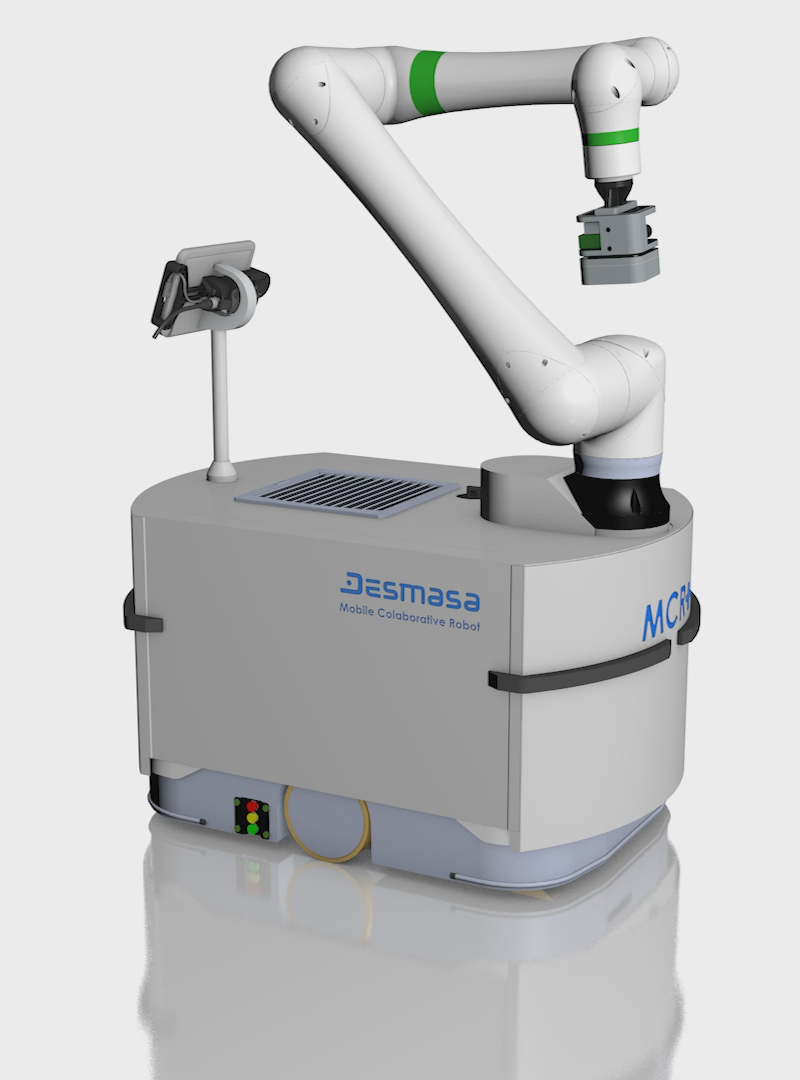 A Spanish automation technology company called Desmasa has launched what it describes as a “mobile collaborative robot”, or MCR.

Essentially, the machine comprises what’s widely known as an autonomous mobile robot, or AMR, which is a wheeled robotic platform, and collaborative robotic arm integrated on top.

Although the machine uses two familiar type of robots, together, they form a new type of robot for which specific standards are being developed by the relevant industry associations.

Desmasa says its MCR is a multipurpose unit prepared to work together with the operator, and is “perfect for a multitude of applications within a production plant”.

It has the new Fanuc collaborative robot, the CRX model, available in two sizes – CRX-10iA and CRX-10iA / L – with a reach of 1249 and 1418 mm respectively and a load capacity of 10 kilos which makes it “a very versatile robot”, according to Desmasa. 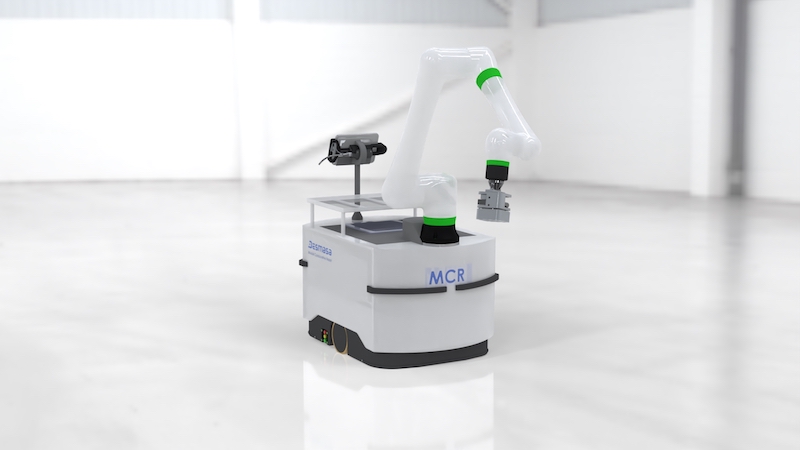 Desmasa says it can work with humans in a wide range of industrial applications, such as handling, machine maintenance, inspection and logistics.

The company says that some of the industrial applications that the collaborative robotic unit can perform are:

Desmasa adds that the MCR’s main characteristics are:

These robots are “totally safe” for the operator, says Desmasa, thanks to their motion sensors since any interference will cause the collaborative robot to stop immediately.

It also enables “easy integration in tight spaces”, and can be placed in a space 60 percent smaller than a traditional robot, claims the company.

Desmasa adds the machine has CE certification in “all applications”.