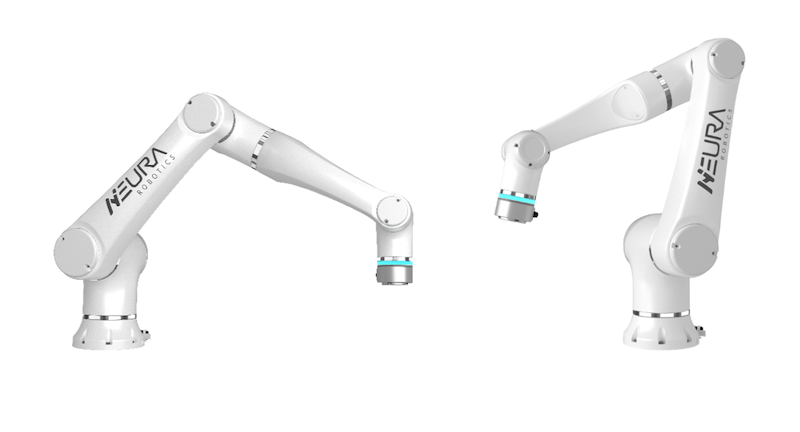 A “revolutionary robot” is scheduled to be launched at the Future Days event, according to organizers.

The robot is called MAiRA – acronym for Multi-sensing Intelligent Robotic Assistant – and can perceive the environment as humans do.

The robot’s creator, Neura Robotics, says MAiRA “can hear, see and feel.” It adds: “This is possible due to many in-house developed and patented sensors. For a user it means a completely safe robot-human collaboration, complemented by a very simple and intuitive UI, so anyone can operate it.”

Neura Robotics is a high-tech robotics company which says it is “poised to usher the way into the cognitive era” by building intelligent robotic assistants which amplify humans and focus on solving societies biggest issues such as the aging society.

The company says it believes that humans should be able to do what is at the core of the human nature. Neura wants to enable people to express their creativity and focus more on social interactions again instead of doing unhealthy and monotonous jobs, which is still very common among the general society. 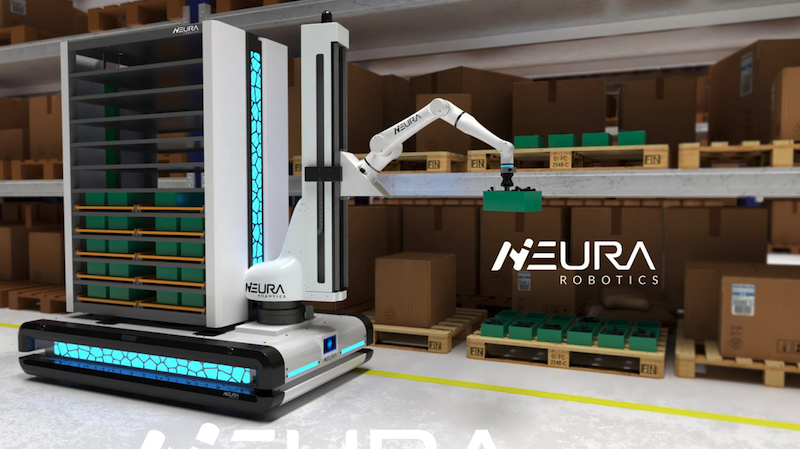 Hence, everything the company does is based on the slogan, “We Serve Humanity”.

As one as the pioneers in this field, David Reger, Neura Robotics CEO, has gained over eight years of experience in developing and introducing “one of the most sensitive and precise cobot series on the market”.

The robotics market has developed with the introduction of cobots to become one of the largest and profitable markets in the world. The intuitive programming has re-opened the industry, and everyone has a chance to participate in this multi-billion-dollar market.

However, Neura says that “no real revolution has been introduced so far”. Mostly present on the market today are “cobots are blind, deaf, unsusceptible and deficient”, according to Neura.

Reger says his personal mission is to revolutionize robot technology in the shortest possible time and to reshape the robotics market with new products.

Furthermore, he sees an opportunity to open new markets and deployment fields through smarter cobots, which are equipped with human-like senses.

Reger says he firmly believes that global problems like ageing population can be solved by new type of robots. Neura Robotics says its products will be able to interact with humans just as how people are used to interact with each other. No complex programming or convoluted learning is required.

Being a robotics advocate and visionary, Reger says he is aiming to bring robots in day-to-day chores and cover not only industrial needs, but also transform spheres like social care, so people are able to focus on more social and creative tasks, adopting happier and healthier lives.

Neura Robotics was founded back in May 2019 and currently has two offices located in Metzingen and Hamburg, Germany. The team of only 15 engineers grew to over 50 in just a year.

As the company is striving to get only the crème de la crème in any sphere, the team is coming from all over the world, bringing not only a technical but also a cultural knowledge.

Neura Robotics introduces its range in its own words.

Our own developed control systems and intuitive user interface allow a seamless integration of LARA into any production site. The robust design and high performance enable LARA to be used for applications which are not feasible for other collaborative robots, while still having the advantage of being a robot which can be easily used by everyone – beginners and experts.

Lara closes the gap between the world of collaborative and industrial robots. Combining industrial performance with an intuitive UX makes her the perfect solution for your application. Our patented Dynamic Payload technology allows LARA to manipulate heavier objects closer to her base.

Available in two different sizes: LARA5 and LARA10 are perfectly catered to your needs.

MAV is an autonomous mobile robot which is designed to collaborate with you. MAV is a Multi-Sensing Autonomous Vehicle which is used for indoor intralogistics tasks.

It can autonomously transport items and navigate freely in its environment. It is a robotic assistant which will make the life of people working within production sites easier and therefore streamlines production.

Every second of a standing conveyor belt leads to an overall production stop since the operations are cascaded. With multiple MAVs, one malfunctioning MAV can be directly replaced by another one which keeps the production running and due to their autonomous navigation more flexible.

With fully integrated novel sensors and an unprecedented integration of artificial intelligence in control systems and applications MAiRA is leading a new era of robots.

The robust and rigid design combines the performance of a high-end machine with easy programming and infinite possibilities for interaction – both for beginners and experts. MAiRA tears down boundaries between humans and machines and brings them closer together for good.