DMG MORI says it has strengthened its Deckel Maho Pfronten location, in southern Germany. In the new, 4,000 sq m monoBLOCK Excellence Factory, DMG MORI is now producing up to 1,000 machine tools per year with a future-oriented assembly concept.

Christian Thönes, CEO of DMG MORI, says: “Investing in innovations is the only way out of the crisis. We are therefore also automating and digitizing our internal value chain.”

Michael Horn, member of the board at DMG MORI, says: “Our new monoBLOCK Excellence Factory in Pfronten already shows today what production will look like tomorrow. We are consistently aligning our locations with the production of the future using modern automation and digitization solutions.” 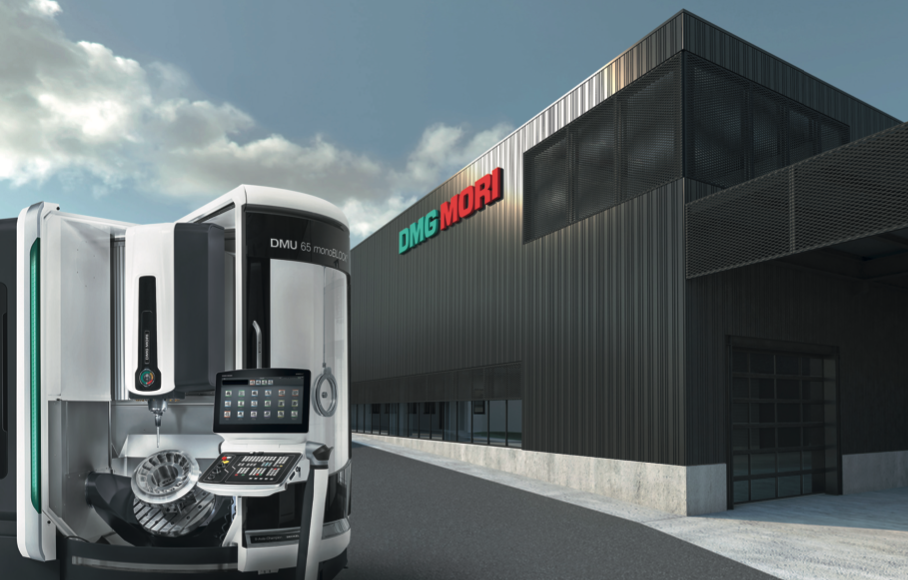 In the new monoBLOCK Excellence Factory, AGVs move the machines autonomously through the assembly process at a continuous speed of 45 mm / minute. The complete model mix of the monoBLOCK 5-axis machining centers from DMG MORI is created in 34 cycles.

The innovative concept increases production capacities by 30 percent, so that 1,000 customer-specific solutions from the machine tool series can now be manufactured at the site. DMG MORI passes the cost savings on more efficient production directly on to its customers.

During every assembly step, the employees in the monoBLOCK Excellence Factory are supported by digital information, images and videos via a specially developed Tulip App.

The software of the US start-up enables users without programming knowledge to create their own applications quickly and intuitively. Interactive checklists and test plans also document the entire assembly process in real time for consistently highest quality standards.

Currently, 1,570 employees, 125 of whom are trainees, work for DMG MORI at the Pfronten location.