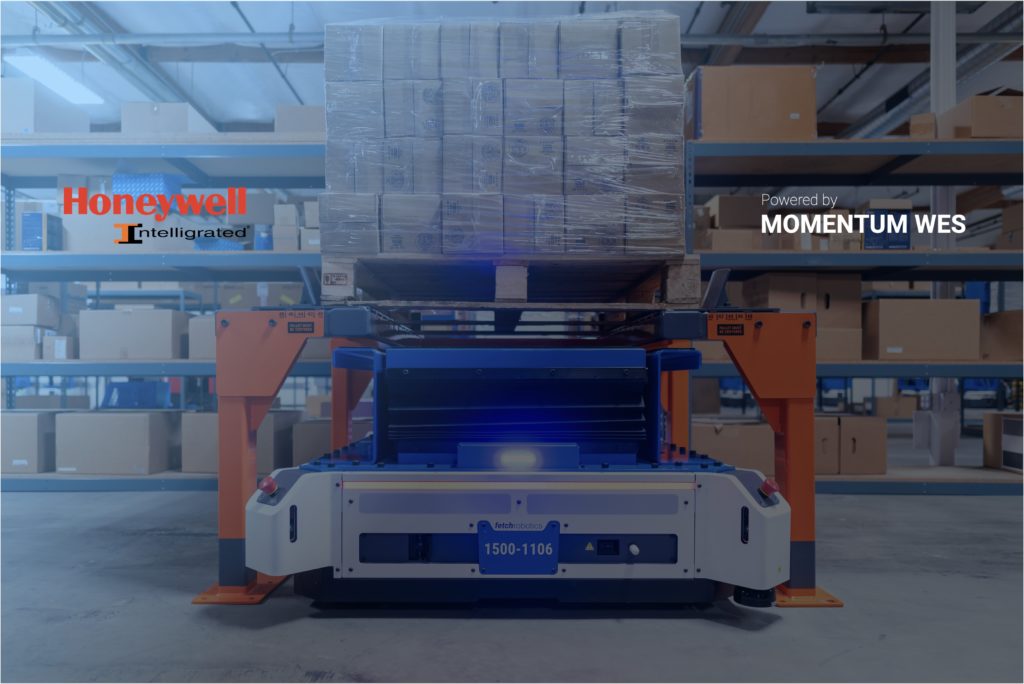 With next and even same-day delivery quickly becoming expected service levels, distribution centers today are under immense pressure to meet rising consumer expectations with a limited labor supply.

To contend with growing order volumes and accelerated order cycle times, many facilities have increased their reliance on forklifts despite the safety risks – each year, over 11 percent of all forklifts are involved in an injury, and a single work site injury can cost facility owners an estimated $150,000.

Traditional warehouse workflows in which associates fulfill individual orders one at a time are breaking down, leading to inefficient pick paths through large warehousing facilities.

This approach results in unnecessary travel time and reduced picking volume, a problem that is further exacerbated by rising order volumes.

Stefan Nusser, Fetch Robotics’s chief product officer, says: “Even the most well-managed distribution centers are struggling to keep up with the ongoing growth of e-commerce, which is putting tremendous stress on facilities and warehouse associates to move goods in and out of facilities at record speed.

“By combining Fetch’s new PalletTransport1500 with Honeywell Intelligrated’s Momentum WES, distribution and fulfillment centers will now be able to orchestrate every aspect of automated warehouse execution for maximum facility efficiency and safety.”

The PalletTransport1500 consists of the Fetch Freight1500 AMR with an integrated lift and a pick-up and delivery station, and already conforms with the new ANSI/RIA R15.08 standard for autonomous mobile robots.

When combined with Momentum WES, which is designed to address e-commerce fulfillment challenges by orchestrating nearly every aspect of automated warehouse execution, the PalletTransport1500 can manage long-haul material transport without any need for human involvement, saving the time spend of operating forklifts and freeing up workers for more value-added activities.

By taking care of long-haul movements in the facility and keeping forklifts contained to inbound and outbound docks, the Pallet Conveyance solution reduces injuries and creates a safer, more efficient warehouse environment overall.

“This collaboration with Fetch to have a turnkey solution with Momentum gives those in the e-commerce industry a competitive advantage that will optimize productivity, increase operational safety, and provide significant return on investment.”

Through the integrated Pallet Conveyance solution, facilities can leverage the PalletTransport1500 to support a wide variety of workflows including:

This latest offering builds on Fetch’s ongoing partnership with Honeywell, which combines the power of Honeywell software with Fetch’s existing suite of AMRs to support autonomous workflows for smaller payloads.

With the additional capabilities of the PalletTransport1500, the combined offering now supports picking and material movement workflows for payloads of all sizes, enabling a fully optimized warehouse environment.