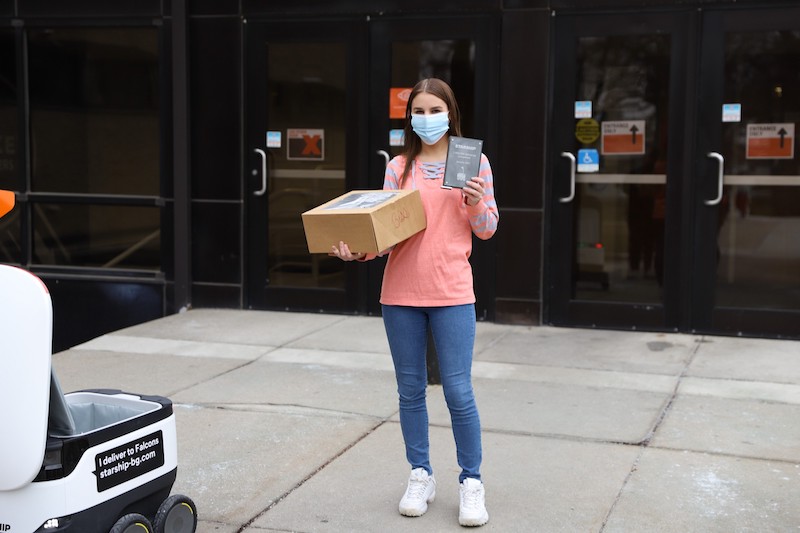 Delivery robot maker Starship Technologies says it has completed “1 million autonomous deliveries” since its launch in 2014.

The company adds that its business continues to expand with new partners and customers being added all the time.

In a blog post, Ahti Heinla, co-founder and CTO at Starship Technologies, says: “I’m proud to announce we have reached one million autonomous deliveries, more than 6 years after founding the company in 2014.

“We believe no other company in the world has completed this many autonomous deliveries – including self-driving taxi rides.”

Heinlo also revealed that Starship has raised an additional $17 million and added service to two new campuses – UCLA and Bridgewater State University Massachusetts in the US. 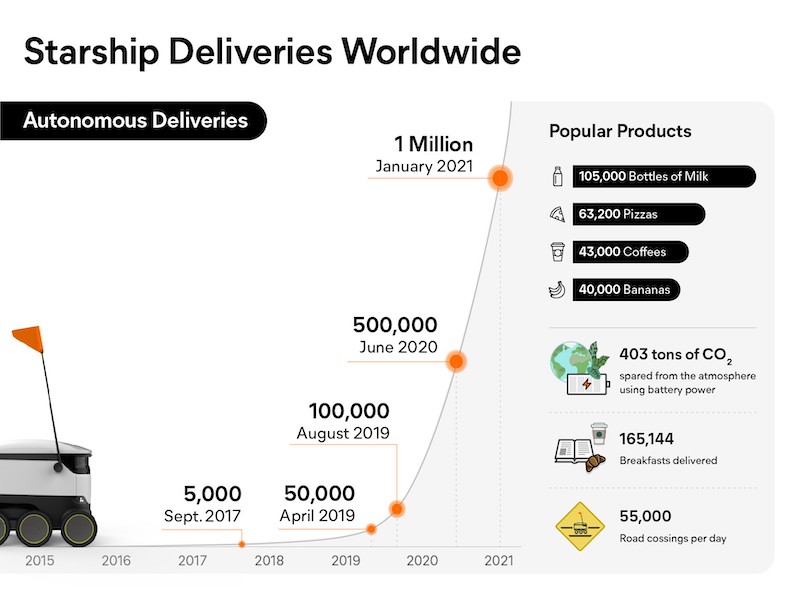 The millionth delivery took place at Bowling Green, Ohio, to a student called Annika Keeton (main picture), who is a freshman studying pre-health Biology at BGSU.

“Annika is now part of Starship’s history,” says Heinla, who says the company would have liked to reached the milestone sooner.

However, he says that it turns out getting delivery robots to operate at a high degree of autonomy in multiple countries, 24/7, doing thousands of deliveries per day and millions of miles per year has proved technically and operationally challenging.

Heinla says: “It may have taken six years for us to hit the first million deliveries, but we expect the next million to take only a matter of months.”

He adds: “We’ve continued to see exponential growth since starting our first commercial delivery service in 2018.

“In the past year, Starship set several new delivery records within the company and expanded to more college campuses including Arizona State University (ASU), University of Mississippi (Ole Miss) and UC Irvine.

“In addition to opening service in Mountain View, CA, we also began deliveries in Modesto, CA with our new partner, The Save Mart Companies.”