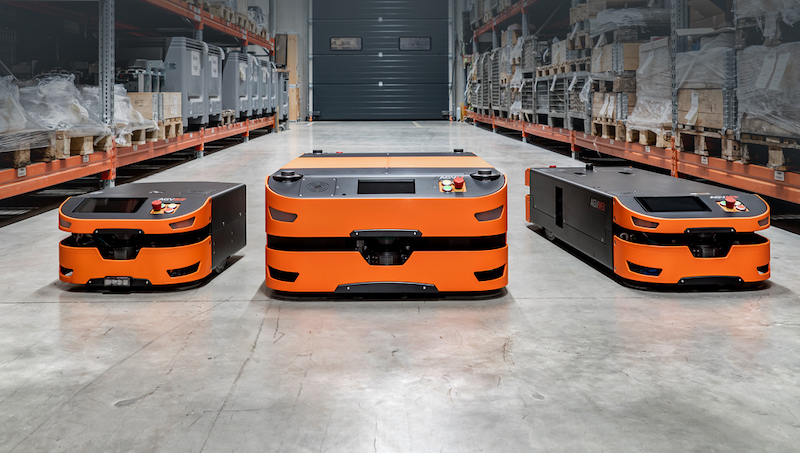 Safelog automated guided vehicles have won numerous awards over the past few months, including a German Design Award as well as an IF Design Award.

In the latest success, Safelog’s AGV product range emerged from the Red Dot design competition with two awards. The jury of around 40 international experts commended the series’ excellent design quality, and also awarded the range the prestigious design prize in the “Smart Products” meta-category, which was presented for the first time.

In a statement, the jury said: “The three AGV S2 / M3 and L1 transport robots were designed for complex logistics processes with both a high degree of precision and technological sophistication.

Safelog says its transport robots – AGV S2, M3 and L1 – were “consistently designed” as a range for complex intralogistic processes.

In a swarm of up to several hundred devices, they communicate directly with each other using an agent-based approach and navigate in space using virtual tracks.

The autonomous robots charge independently while running by means of sliding contacts and keep their surroundings in view using laser safety sensors.

Illuminated “eyes” indicate the direction of travel. The user-friendly touch display at the front serves as an easily accessible user interface.

As a product family, the fleet is characterized by its exceptionally compact design and its striking appearance with a signalling feature. All three sizes use a common modular system – ideal in terms of value for money and their high recognition factor.

The three members of the product range “complement each other perfectly”, says Safelog, thanks to different detailed features and variable components depending on the application. They combine quality, form-fit design and intuitive operation, adds the company.