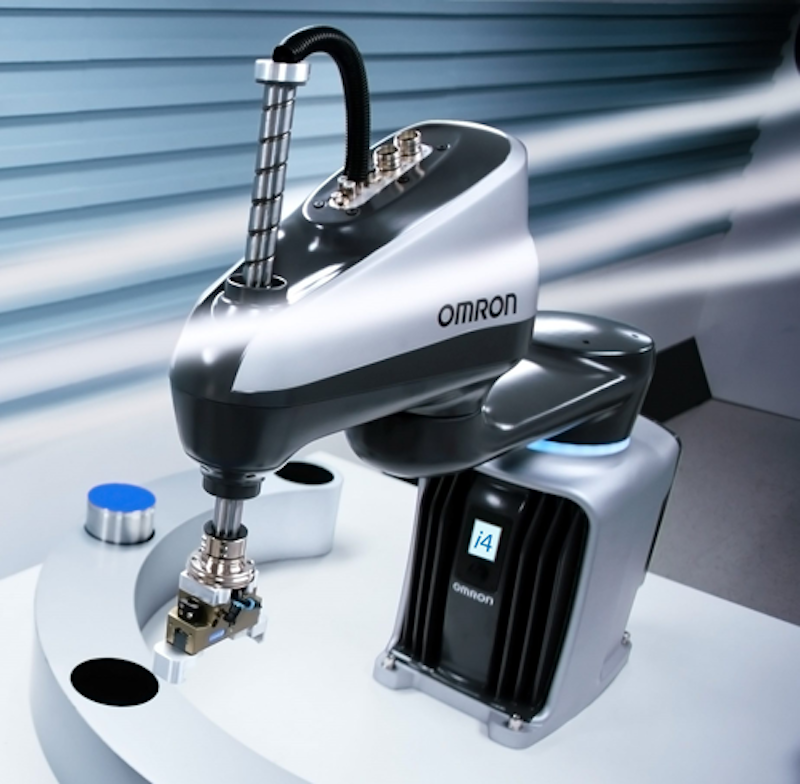 Omron has launched a new industrial robot, the i4 series SCARA robot, which the company says “automates high-speed, high-precision assembly and transportation with easy installation”.

The i4 series consists of an i4H medium to large sized, high-performance model and an i4L that is compact and suitable for lightweight applications.

By seamlessly integrating and controlling the “i4 series” robots and the robot-hands, or end effector, and other peripheral devices; the interlocking of each device is enabled and complicated tasks which could not be done with conventional SCARA robots are now automated.

Omron will continue to contribute to the innovation of manufacturing sites by providing customers with a total solution that incorporates the industry’s best product lineup of control equipment and industrial robots.

In manufacturing, expectations for automation through the introduction of robots are increasing due to the new global health concerns in addition to the conventional need for automation due to labor shortages. SCARA robots are relatively easy to adopt and can automate high-speed work environments.

However, since robots are controlled by different controllers from those of peripheral devices, it is difficult to interlock them closely with each other. In addition, in order to execute complicated work, the robot’s end effector mount may become heavy and the robot’s transportable weight is insufficient. As a result, in the past assembly and transportation work that can be automated by robots has been limited.

The i4 series SCARA robot enables customers to build highly productive equipment by integrating and controlling the end effector and peripheral devices at high speed and with high precision with a Robotic Integrated Controller.

Since it supports 15kg payload, a heavy end effector can also be mounted, enabling assembly and transportation processes which could not be automated with SCARA robots in the past.

In addition, with embedded highly visible displays and LED lights, the i4 series enables immediate identification of the operation status and presence of troubles and its contents from a distance, and the troubleshooting function prompts the operator to perform appropriate operations to maintain an optimum equipment status at all times, thereby contributing to stable operations.