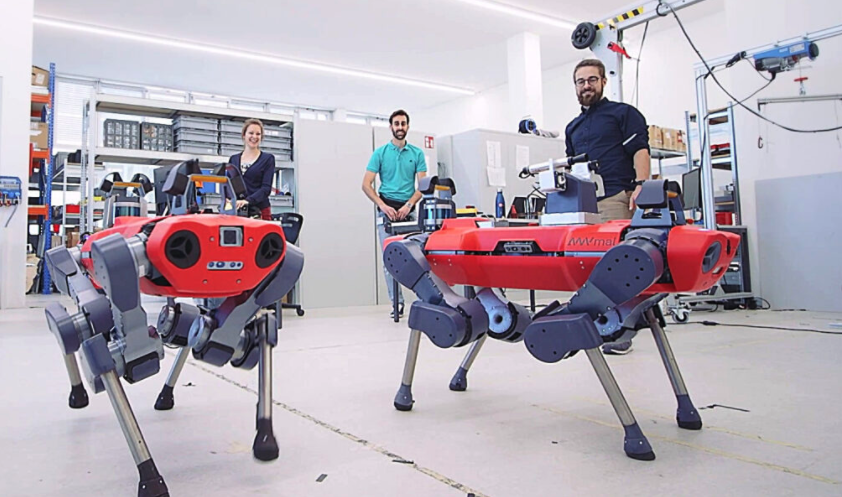 The Swiss company spun out in 2016 from ETH Zurich and works with a team of over 50 employees on developing, producing, and deploying full-stack robotic solutions.

Dr Hanspeter Fässler, co-founder and chairman of ANYbotics, says: “Over the past four years, we took our walking robots out of the lab to become truly industry-grade.”

To accelerate the large-scale deployment of its robotic solution, ANYbotics is partnering with a group of investors in a CHF20 million Series A financing round. The round is led by Swisscom Ventures with participation from co-investors such as Ace & Company, EquityPitcher Ventures, and others.

Alexander Schläpfer, partner at Swisscom Ventures, says: “What really got us excited is ANYbotics’ cutting edge technology that has its roots in one of the world’s leading robotics labs at ETH Zurich.”

Swisscom Ventures’ Digital Transformation Fund focuses on technologies that help digitize businesses and they are excited about what has been achieved so far.

“The team impressed me with their substantial traction with blue-chip customers with whom they have been able to engage in high-value use cases,” says Schläpfer.

Dr Péter Fankhauser, co-founder and CEO of ANYbotics, says: “We are working with leading energy, industrial processing, and construction companies to bring digitalization into environments that are too complex for traditional robots.”