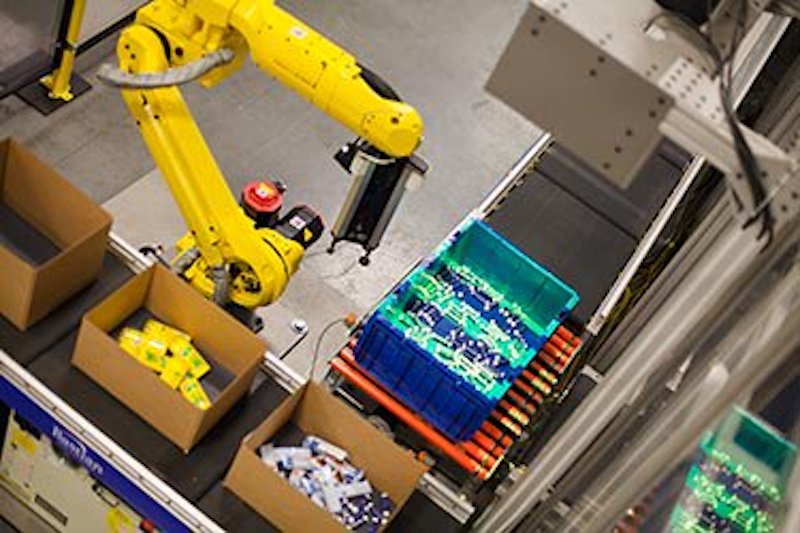 The global food and beverage robotic system integration market for pick and place application was estimated at $17.5 million in 2017 and is projected to reach $40.1 million by 2025, according to a new market study published by Coherent Market Insights.

The North America market is projected to reach $11.12 million by 2025 with a compound annual growth rate of 11.02 percent. Increasing demand for robotics for application in various industries has become one of the key factors for growth of this market.

According to Robotic Industries Association, in 2015, a total of 31,464 robots valued at $1.8 billion were ordered by North American companies of different industries, an increase of 14 percent in units and 11 percent in revenue over previous year.

This increasing adoption of robotics in North American countries fuels the market of food robotic which parallelly accelerates the market of pick and place robotic system integrator market.

Among end-use industry, the bakery and confectionery segment held a dominant position in the market and is project to retain its dominance throughout the forecast period.

Demand for automation in the bakery and confectionery segment is expected to increase significantly, due to rising demand for mixing, kneading, flouring and seeding, scoring with products.

The demand for these systems is increasing, in turn, boosting growth of the market.

The Asia Pacific region is expected to grow with the highest compound annual growth rate of 11.36 percent over the forecast period. Increasing adoption of robots by manufacturers in the food and beverage industry in the region is a major factor driving growth of the market in Asia Pacific.

According to International Federation of Robotics, in China, 68,556 multipurpose industrial robots were shipped in 2016, with the number projected to reach 160,000 units by 2019.

This increasing adoption of multipurpose industrial robots, in turn is creating a highly conducive environment for growth of the food and beverages robotic system integrator market for pick and place application in the country.

For instance, gripper is designed to pick up single or multiple products, up to 220 units per minute, in turn, allowing for faster cycle times and enhanced efficiency.

Major players operating in the global food and beverage robotic system integration market for pick and place application market include: