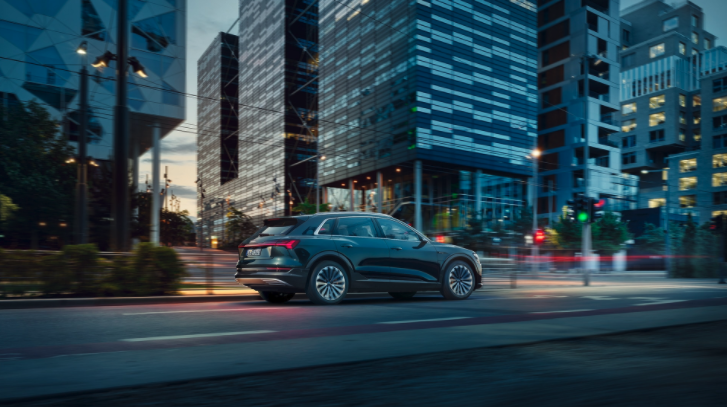 By then, electric cars will need to be fairly ubiquitous. So what’s stopping this from happening right now?

While electric cars tend to be cheaper to run than petrol ones, they’re not cheaper to buy. A used Audi A3 costs substantially less than its EV equivalent, the E-Tron.

If everyone is going to make the switch, then they’ll need to be able to do so in a way without burdening themselves financially.

Fortunately, the point of financial parity between a new ICE car and a new EV is set to arrive well within the next decade, according to an analysis by investment bank UBS.

Much of the cost of an EV is tied up in the battery – but batteries are becoming leaner and more efficient every year, which allows manufacturers to target budget-conscious motorists, as well as decreasing range-anxiety for everyone (more on that momentarily).

A side effect of this change should be the end of the hybrid vehicle, the financial case for which is sure to look very flimsy.

The fear of getting stranded in the middle of nowhere with an electric vehicle is enough to put many motorists off. Since high-speed charging stations are mostly to be found in motorway service stations and in big cities, many motorists are effectively cut off.

Even those who live in these places don’t want to have to go out of their way to reach the right station. This is a problem which should solve itself. As demand for EVs goes up, so too will the demand for charging infrastructure.

You might find charging stations start to appear in car parks outside offices. 2020 saw a massive upsurge in the number of charging stations in the UK, many of which provide a charge of 80% in ‘just’ a half-hour.

For those used to the driving experience in a traditional, petrol-powered car, the switch to an EV might take some getting used to. People will need to have confidence in the new technology before they invest thousands of pounds into it.

Plus, they’ll need to find an EV that looks good to them, both outside and in. When it does arrive, EV adoption is almost certain to occur quickly.

When everyone you know is talking about it and making the switch, it’ll become that much easier for you to imagine yourself doing it. From there, it’s just a small step to making the investment.