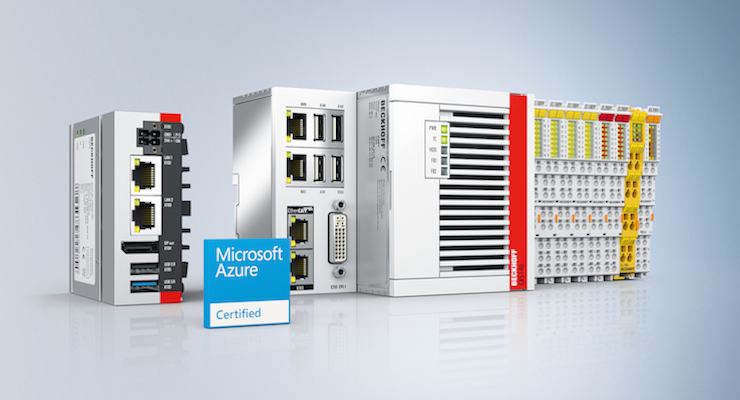 Soft PLC adoption is expected to double between 2019 and 2025, posing an “innovator’s dilemma” for incumbent industrial automation vendors.

Actions taken by incumbents will prevent significant disruption in the near-term, but the long-term threat of soft PLCs will remain.

Hard PLCs (a market in which incumbent vendors dominate) have historically addressed most of the needs of the existing / high end market, such as high reliability, fast cycle times and, perhaps most importantly, the ability of existing workforce to support and maintain the systems.

Soft PLCs, on the other hand, initially addressed the needs of new / lower end customers by providing more flexible, non-deterministic control solutions often at a fraction of the cost of similar hard PLCs.

Since entering the market in the 90’s, soft PLCs have rapidly become more performant thanks to advances in virtualization technologies, real-time Linux operating systems and more powerful edge computing hardware.

To further support the argument that soft PLCs are indeed a disruptive force in the market, we can look at the success Beckhoff (a vendor that leverages soft PLC technology) has had relative to a leading “hard PLC” vendor, Rockwell Automation.

The chart below illustrates how Beckhoff sales have increased at a CAGR of ~15% since 2000 vs. Rockwell Automation’s Factory Automation business unit’s 3% CAGR over the same time period. This growth differential has resulted in Beckhoff accounting for >30% Rockwell’s Factory Automation division sales in 2019, up from <5% in 2000. 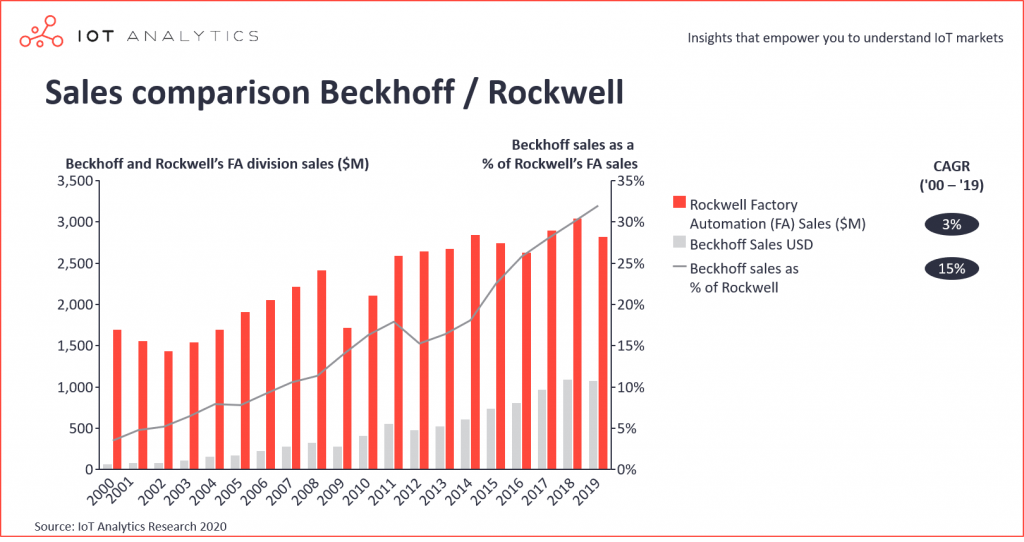 How incumbent vendors are avoiding being disrupted

Incumbent vendors are often disrupted when they focus on improving their existing products instead of jumping the train and adopting new disruptive technologies.

Competitors that develop products based on the new technology eventually disrupt the incumbents because the new products eventually improve enough to serve the higher end customers – so the story goes.

Our market analysis shows that incumbent vendors are not blind to the disruptive threat that soft PLCs pose to their hard PLC businesses.

As the table below shows, major incumbent automation vendors have soft PLC offerings, many of which are from acquisitions that have occurred within the past five years. 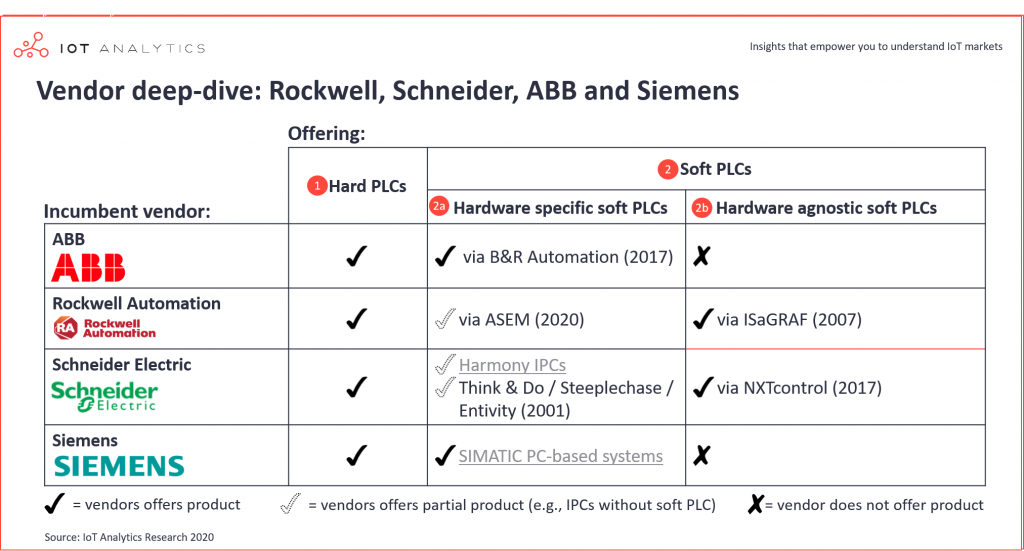 Due to the slow pace of adoption and risk adverse nature of industrial end users, it is not likely that incumbent vendors face an imminent threat of being majorly disrupted by soft PLCs.

Even though soft PLCs will likely meet or exceed certain hard PLC performance characteristics within the next 5 years, they will still have an enormous obstacle to overcome in the form of decision makers who are comfortable with the existing hard PLCs and are resistant to change.

At the end of the day, it doesn’t matter how performant a particular technology is if employees do not know how to use it. As an employee from a major German industrial components manufacturer stated during an interview featured in IoT Analytics’ latest report.

“We have standardized on Siemens (hard) PLCs because it’s what our employees know – they are educated on Siemens in school and so in the end we have to go with what we know, even if it is more expensive.”

That being said, the threat of soft PLCs is not benign. Despite the workforce inertia that hard PLCs (and therefore incumbents) have, soft PLCs are expected to continue to take share from hard PLCs in the future.

According to our latest research, the proportion of automation systems that are based on soft PLCs is expected to double from 2019 to 2025, growing from 3.5% of the overall industrial controllers market to 7%.

If incumbents continue to make incremental improvements to their existing products (at the expense of new innovations) to appease their existing customer base, they may find themselves being left behind.

One could even argue that this “mild” disruption is already underway – the inertia that CODESYS and its army of SME vendors possesses is definitely a threat to exiting vendors’ businesses, as evidenced by Rockwell’s lawsuits against CODESYS (3S) / Advantech and Wago over the last decade.

This is a shortened version of the full article which appears on the IoT Analytics website.

About the author: Sharmila Annaswamy is part of the Industrial IoT analyst team. She has a background in Engineering and experience in Market Research focused on factory automation and advanced manufacturing technologies.