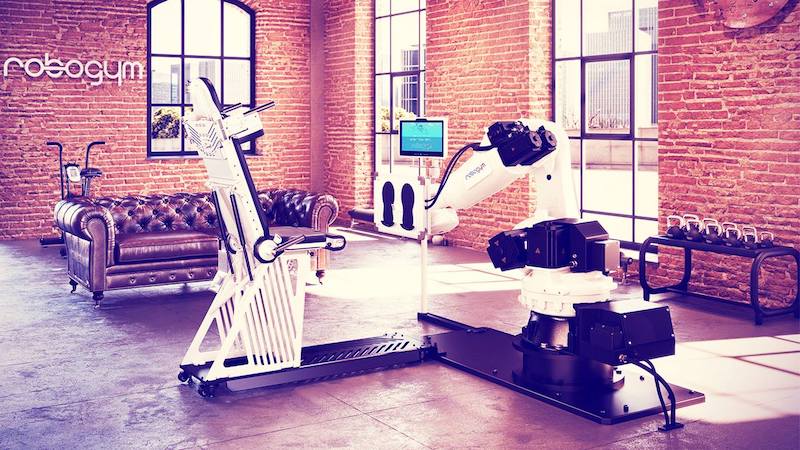 Kuka has unveiled a robot that can be a personal trainer which could provide highly personalised training for elite athletes. (See video below.)

But the company says the expensive-looking system can also be used by ordinary people, even if they’re not top athletes.

The company calls the system “RoboGym” and describes it as a “revolutionary” training system that is “not just for top athletes”.

What does the future of training look like? Can a robot be used for strength training to potentially achieve greater progress? To what extent is there acceptance of technology among the general population and among athletes?

Kuka says it has been working on these questions related to the topic of sports and robotics for a long time. 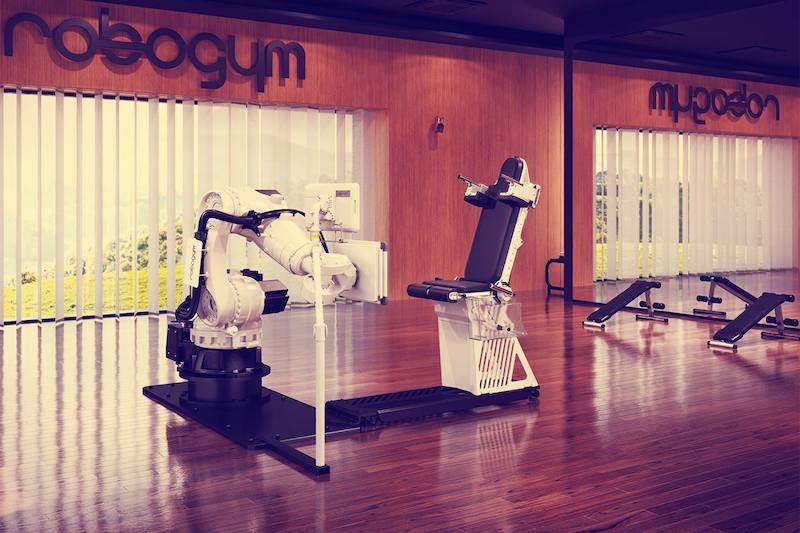 At the end of 2014, the long-standing system partner, BEC, was added. BEC then presented the first “RoboGym” prototype at the start of 2015.

The “RoSylerNT” research project began in 2017 in cooperation with RWTH Aachen and the German Sport University Cologne along with support from the German Federal Ministry of Education and Research.

The so-called “RoboGym” is to be ready for the market quite soon and, in many respects, represents an improvement compared to conventional training methods.

What was originally planned exclusively for use by top athletes could indelibly alter the way that we train in the future.

While conventional strength training devices only allow for linear loads with a constant weight, the RoboGym based on the KR 160 nano makes entirely new motion geometries as well as focusing on individual muscle groups possible – all thanks to the biomechanical skeletal models stored in the database.

Test persons have reported improved performance capacity and that they feel completely safe.

The installed sensor system for force measurement as well as built-in safety features (such as safety spaces and velocity monitoring) make it possible – particularly in the field of rehabilitation, for example, after a torn cruciate ligament – to control the maximum load as well as the extent of movement for the individual areas in such a way that subsequent injuries are avoided and athletes return to their usual level more quickly.

So far, the RoboGym supports three types of training. In addition to the leg press, there is a knee extension option as well as a rowing exercise for the upper body.

The data are displayed on the screen in real time and saved in a Cloud. Upon activating the device, the data are called directly from anywhere in the world and the device adjusts to the height and desired training weight.

The acquisition of the data enables significantly more precise screening in which the force actually applied as well as the movements during each part of the exercise can be seen even more precisely. This allows training to be adapted to individual requirements.

Martin Gerlich, CFO of BEC, says: “Our dream is for the RoboGym to become the standard in professional sports and rehabilitation, and to be found in every Olympic training facility.”