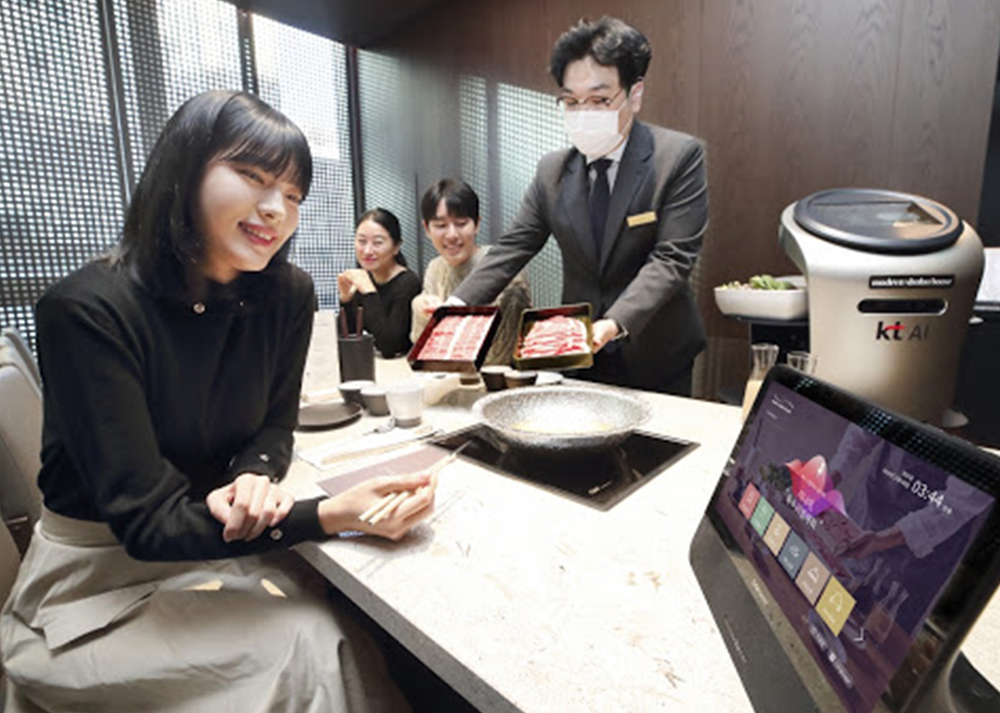 Hyundai Robotics has launched what it describes as a “food and beverage service robot” for the restaurant and catering sector.

An example of the new robot can be found in the “Genie Room” of the newly opened shabu-shabu (a popular Japanese dish) restaurant, Modern Shabu House at Gwanghwamun D Tower.

With the introduction of KT’s customized AI service, when a customer places a voice order through the Giga Genie terminal, the robot delivers food, refills, plates, water, and other items to the table.

However, this service enables an employee working in the restaurant to recognize a customer’s request from the kitchen and respond quickly. 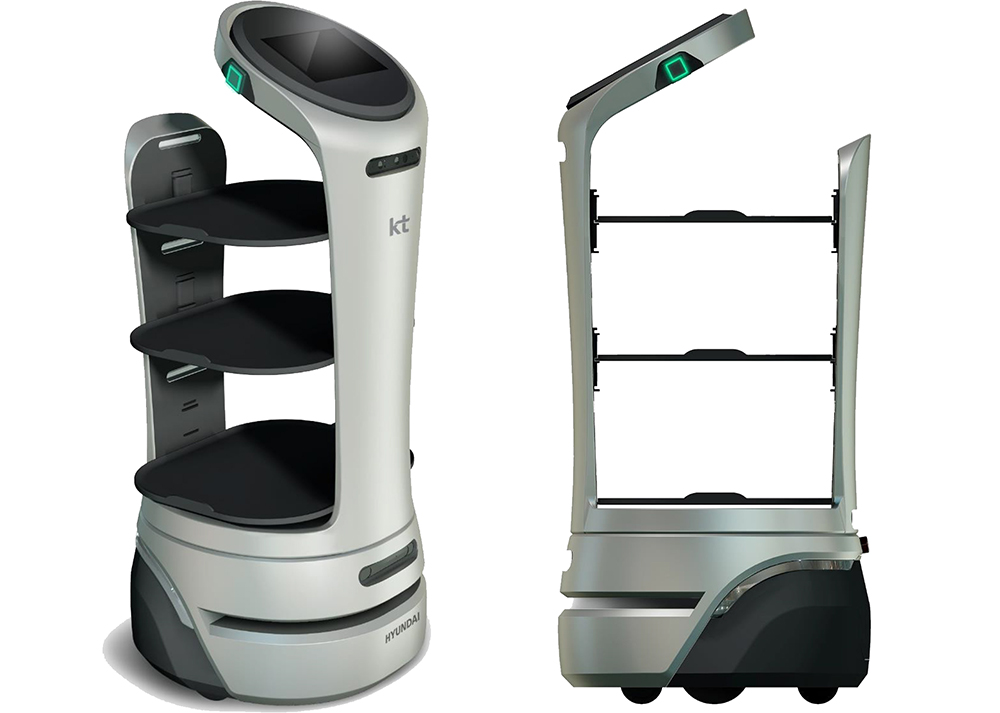 In addition, the AI service robot itself delivers heavy or large quantities of dishes, and this is expected to reduce the fatigue of the restaurant staff.

Besides this, Hyundai Robotics announced plans to expand its lineup of mobile service robots.

By the first half of 2021, the company plans to release a robot that carries heavy luggage, a guide and surveillance robot for use in unmanned shops, a robot for quarantining in public places in an “non-contact” manner, and a robot that replaces specialized cleaning equipment.

Hyundai Robotics is making efforts to develop service robots with excellent durability by utilizing the 30-year know-how of an industrial robot manufacturer while ensuring price competitiveness with the development of localized models.