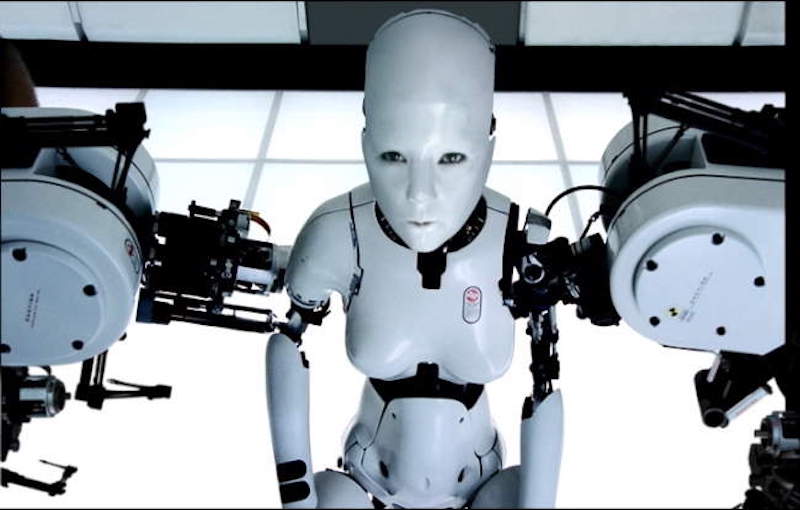 Dumbstruck. Speechless. Those were our reactions when we first saw the new video of the dancing robots created by Boston Dynamics (see for yourself below).

There’s not much we can say about this diabolical intrusion into our deep-seated and secure understanding of what the world is supposed to be like, but we must at least express our collective horror at the sheer spookiness of these humanoid and canine robots apparently auditioning to be in Mariah Carey’s next video. It’s just not right.

If we’ve ever seen videos of dancing robots before, this one has made us forget all of them. It’s an abomination.

Not since Elvis vigorously gyrated his hips on national television in the 1950s has there been a more valid reason for mass hysteria, and there’s a strong case for cropping these images of the devil incarnate lest we all be seduced into letting robots entertain us straight to hell.

Technically speaking, it is a great achievement by the developers of these robots – and that is essence of the problem. They move too naturalistically, and that totally creeps us all out. Stop creeping us out.

Regular readers of this website will probably have heard of something called the “uncanny valley”, which refers to the point at which robots mimic humans with such accuracy that they are almost indistinguishable from the real thing, and, in our humble opinions, these infernal machines qualify for the uncanny valley.

This video, like all of Boston Dynamics’ work, is being much-discussed and praised around the world, and we would agree on one level. But on a human level, there’s really only one word to describe such terrifying technological progress, and that word is evil. Two words – pure evil. Definitely sick and twisted.