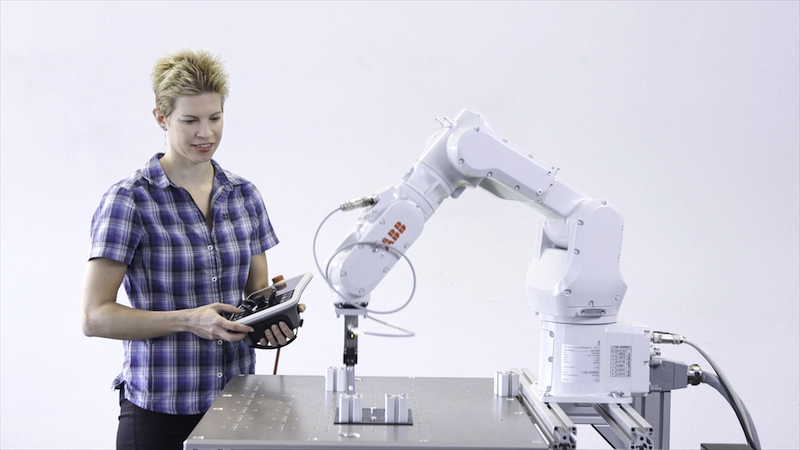 ABB has launched its Wizard Easy Programming software for its IRB 1100 industrial robot.

The company says this allows first time users to introduce robotic automation into their production lines without the need for specialist programming skills or any knowledge of Rapid code. Rapid is a high-level programming language used to control ABB industrial robots.

Based on simple graphical blocks, Wizard Easy Programming makes it easy for non-specialists to automate their applications, says ABB.

The blocks represent actions such as “move to location”, “pick up an object”, and “repeat movements”, making it easy and intuitive to build a series of simple processes for the robot to perform.

There are also functions for error handling, allowing novice programmers to resolve errors such as collisions. 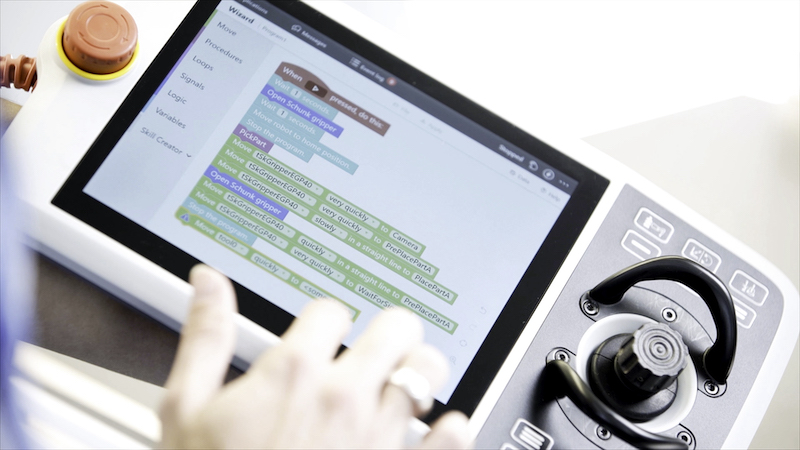 With Wizard Easy programming, a robot can be up and running in minutes. The programming process is reduced to simply dragging and dropping the required block on the ABB FlexPendant, with the user able to see the results immediately and adjust the robot’s actions if required.

By linking these blocks together, complete programs can be built for applications such as machine tending or assembly, with no need for any knowledge of robot programming languages.

ABB’s Wizard Easy Programming software, which is already available for Single Arm YuMi, is available for free and can be installed as an add-on, and it will be preloaded on the FlexPendant of every new IRB 1100. Wizard will become available on other selected ABB industrial robots in the future.

Antti Matinlauri, head of product management for ABB Robotics, says: “There is a growing demand from industry for robots that can be programmed easily for a wide range of tasks, which is why ABB is expanding the capability of Wizard Easy Programming to support small industrial robots starting with the IRB 1100.

“People have become accustomed to the easy user interfaces in smartphones and other consumer technology. Our Wizard Easy Programming tool uses this concept to take the effort out of programming industrial robots and brings us a step closer to enabling anyone and everyone to use robotics.”

For companies with more specialized programming needs, new blocks can also be created to perform specific tasks. This is achieved through ABB’s Skill Creator software which ABB or its partners can use to turn standard Rapid programming routines into Wizard blocks, ready for use by non-programmers. The custom blocks, known as skills, can be produced to control specialized grippers or vision applications.