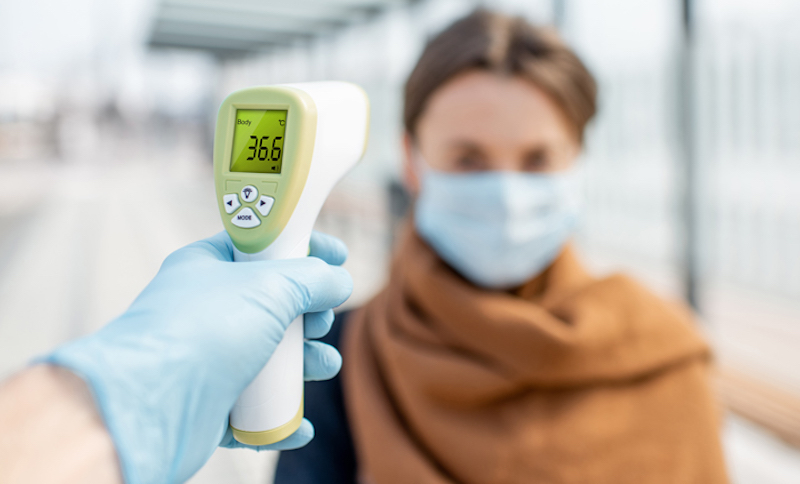 When one of the cylinders in an engine doesn’t function properly, that’s referred to as an engine misfire. The amount of power that your engine is able to produce will significantly drop.

Identifying the cause of a misfire can be challenging, but once you’ve figured out the problem, in some cases, there are simple solutions that will solve it. In other cases, in-depth repairs might be required. Here’s what you need to know about fixing an engine misfire.

Usually, the first indication you’ll get of something being wrong with your engine is by checking the engine light. When it flashes, it’s letting you know that the computer identifies an issue with the engine operation. If you have an OBDII scanner, it can read the error codes that prompt the check engine light.

In general, a misfire is the only reason the light will flash on and off. Keep in mind that the light may stop if the misfire stops at any point. You should also be mindful that if you see any sign of a misfire without the light flashing, the engine could still be misfiring.

If you feel sure your engine is misfiring, plug in an OBDII code scanner into the port beneath the dashboard on the driver’s side. It will look like a trapezoid-shaped plug and have rounded edges. Turn on the ignition, and then turn on the scanner to read the error codes.

A scanner will give you a code that’s made up of letters and numbers. If there’s no English description provided, you can find them on the manufacturer’s website or your car’s repair manual. The scanner will tell you either a generic misfire error across all cylinders or an error specific to one cylinder misfiring.

3) Feel for a significant vibration at the engine bay

Since your engine is designed to be balanced as it’s running, its balancing will be thrown off whenever one cylinder stops firing. When the engine is misfiring, it shakes violently, causing vibrations throughout the rest of the car.

Sometimes, it may happen inconsistently, with vibrations occurring under different driving conditions. If it ever feels like the engine is misfiring, make a note of the kind of driving you were doing at the time, such as if you’re driving on the highway or sitting at a stoplight.

Misfires will often sound as if your car is about to stall. In some cases, it actually will. When you hear sputtering sounds from the exhaust pipe or engine, it’s a good indication one of the cylinders are misfiring.

Be mindful that sputtering may also indicate other issues besides a misfire. Among those issues include airflow into your engine and loss of fuel.

5) See if your fuel mileage has worsened

A cylinder in your engine may run unspent fuel through the exhaust if it’s not working. That results in a loss of power and a reduced fuel economy. If your car’s gas mileage gets drastically worse, that might be a sign of a misfire.

When you fill up your gas tank, reset the trip odometer on the dashboard to see how many miles you make it before another fill-up is needed. Divide the number by the number of gallons you put in your car to know your mileage. Then, compare the mileage to your car’s mileage rating in your owner’s manual if you don’t know what’s normally supposed to be.

Sometimes, scanning the error codes may not help you identify the cylinder that’s misfiring. When that happens, you can use an infrared thermometer to get the cylinder temperatures.

The exhaust manifold in your engine has a port coming from each cylinder. You can point your temperature meter at each one individually while your engine is running.

Then, write down the temperature readings. If one cylinder is much cooler than the others, that means it’s not firing. Keep in mind that this will only work whenever the engine is misfiring. If the misfiring just comes and goes, do the test when it’s happening.

7) Narrow down the cause with unrelated error codes

Sometimes, multiple error codes will pop up when using a code scanner. They may or may not be all causing the misfire. As an example, error codes related to the mass airflow sensor, oxygen sensor, or fuel delivery may be a result of issues that are the cause of the misfire.

If misfires aren’t specific to one cylinder, it’s more than likely because your engine isn’t getting enough fuel or air to run properly. It could be due to a part that’s failing in your fuel system. If an oxygen sensor or mass airflow sensor is failing, it could give incorrect data to your engine’s computer, causing the misfire.

When a vacuum line is broken, it can cause a fuel-injected motor to misfire. Look around your engine bay to find any damaged or severed rubber lines coming from the engine’s intake manifold. Replacing a vacuum line that’s gone bad can potentially resolve the misfire.

If you haven’t identified the misfiring cylinder yet, disconnect the power to your fuel injectors one at a time to determine the effect it has on your engine. Search for the connector where it attaches to the back of your fuel injector. If you’re unsure of where the fuel injectors are located, look through an application-specific repair manual to assist you in finding them.

If your engine is running worse with one injector disconnected, reconnect the injector and move on to the other one. The thing to pay attention to is when you disconnect a fuel injector, and the engine’s behaviour is unchanged. That means that a specific cylinder isn’t firing, and it’s the source of the issue.

If all your injectors seem to be fine, then you should test your fuel system. Attach a fuel pressure gauge to the fuel pump test fitting that’s located at the end of the fuel rail on the engine. You should use the appropriate pressure specifications for your car that’s in the repair manual. Compare the readings that you get with the engine running at an idle, and then at the RPMS specified in the repair manual.

When the fuel pressure is inconsistent or low, the fuel system is likely causing the misfire. Either the fuel filter or the fuel pump will need to be replaced. Replacing a fuel pump might require taking it out of the fuel tank. The assistance of a professional might be required.

11) Replace your fuel injectors if they’re not working

Have a test light connected to the negative terminal of your vehicle’s battery. Press the probe into the wire that’s leading into the fuel injector. If the light comes on, that means power is flowing to each of the injectors. When the light doesn’t come on, that means there’s an electrical issue that will require a professional to fix.

For error codes specific to a fuel injector, getting a replacement should solve the problem. It’s also possible to just clean the fuel injectors instead of replacing them. In this case, pour fuel system cleaner in with a full tank of gas.

Remove the two screws that hold the mass airflow sensor in place and disconnect the wiring pigtail. For removing an oxygen sensor, disconnect wires and unscrew it with an oxygen sensor socket. Use the wires you unplugged from the old sensors to connect the new sensors, and then secure them in place with the same mounting hardware.

With mechanical or electrical misfires, you can inspect the spark plugs for damage. Disconnect the plug wire going into a misfiring cylinder’s spark plug. Spark plug sockets can help you remove it and allow you to have a good look at it. Spark plugs that are black mean the engine was running too much fuel.

A plug that’s wet with gasoline or oil could indicate the fuel regulator failed, or there are critical internal issues in the engine block. If the plug appears fine, evaluate the gap between the base and the metal sticking out at the end. Compare it to the gap specified in the car’s repair manual. If it’s too big, that might be preventing the air-fuel mixture from firing.

All of these tips should help you figure out what’s causing your engine to misfire and what you can do to fix it. If you discovered that you need a fuel injector or other parts replaced, you could look for options to consider at this link: https://goldfarbinc.com/collections/diesel-core-buyer-seller.