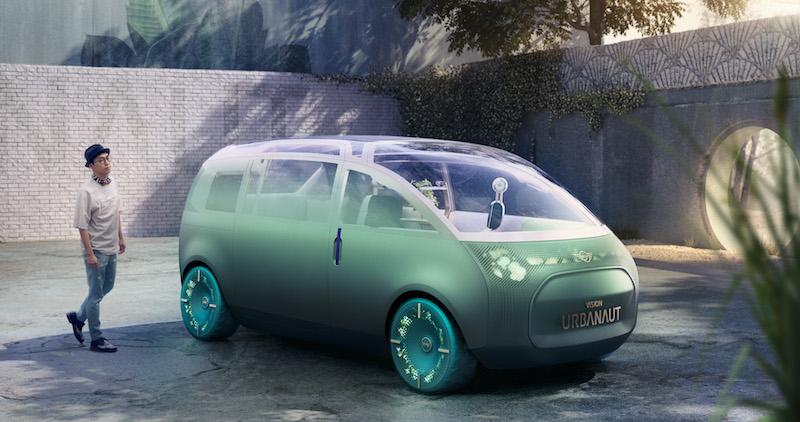 BMW is showing off an autonomous version of the classic Mini. The new concept car is part of the German automotive giant’s “Vision Next” project, which encapsulates a company-wide philosophy that aims to integrate the latest technologies into a new generation of vehicles.

Called the Mini Vision Urbanaut, BMW says the car represents an “all-new interpretation of a vision of space”. In other words, the interior is radically different from conventional modern cars.

Having been conceived from the outset as an electrically powered vehicle with automated driving functions, the Mini Vision Urbanaut has afforded the designers a greater level of freedom when creating both the exterior and interior.

Oliver Heilmer, head of Mini design, says: “In 1959, the very first Mini ushered in a small-scale revolution in vehicle construction with its transversely mounted engine.

“With the Mini Vision Urbanaut we have been able to rethink and increase the usable surface area inside the car even further in relation to its footprint.”

It’s not certain that this concept car will ever be released to the public, but some form of it – or at least some of the technologies used in the prototype – are likely to find their way onto the roads.