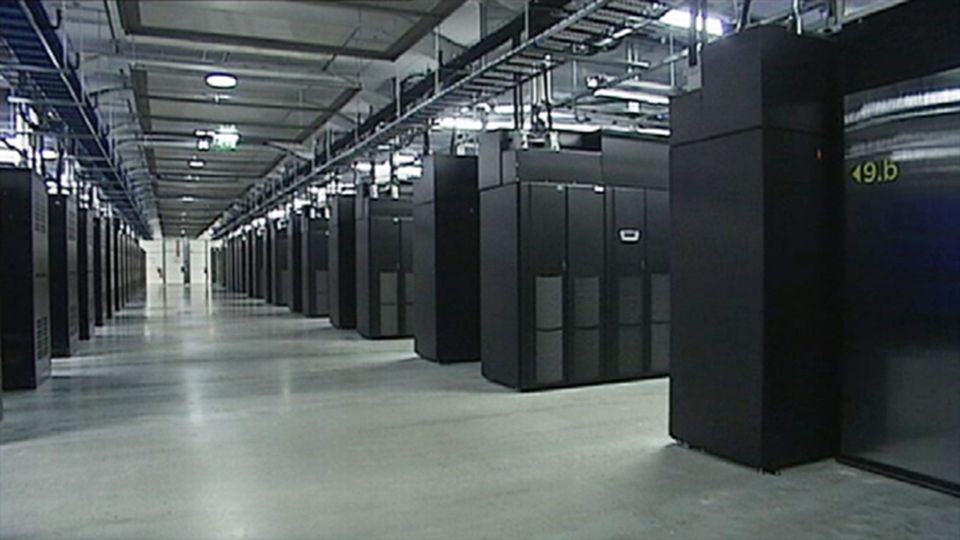 The European internet industry group ECO has unveiled what it says are “best practices” for environmentally friendly information technology infrastructure.

CO2 emissions from data centres have been declining in Europe for five years, despite a massive increase in processing power.

ECO says the political sector must invest in research and funding in areas such as cloud computing, cooling systems, and energy-efficient programm, in order to meet the goals of the EU Green Deal.

The organisation says that data centres in Portugal, Spain, Sweden and Germany “demonstrate future potential for sustainable digitalisation”, and accelerating the energy transition can significantly increase CO2 savings in Germany.

European data centres form the backbone of digitalisation and are already among the most energy-efficient in the world.

Nevertheless, further efficiency potentials can be exploited in the future, making even greater energy savings possible.

These are the central findings of the new study Data Centres in Europe – Opportunities for Sustainable Digitalisation – Part II published by the Alliance for the Strengthening of Digital Infrastructures in Germany, founded under the umbrella of ECO – Association of the Internet Industry, and jointly developed with the Borderstep Institute, with the support of the Vodafone Institute.

The study also shows that a move away from autonomous and locally-operated IT infrastructure to efficient cloud use can save up to 20 percent of the energy previously required significantly reduce a company’s CO2 emissions.

This is possible because of the optimised server utilisation of cloud providers and the resultant higher energy efficiency. The United States Data Center Energy Usage Report estimates that hyperscale cloud data centres require up to 80 percent less energy for infrastructure such as cooling and power supply than traditional data centres.

“We now have it in our hands to contribute to a climate-neutral Europe as set out in the EU Green Deal, with the help of powerful and efficient digital infrastructures”, says Dr Béla Waldhauser, spokesperson of the Alliance for the Strengthening of Digital Infrastructures in Germany.

If politics now invests in research and funding for energy-efficient digital infrastructures, this in turn will have a positive effect on many other areas, such as resource-saving industrial and work processes or emission-reducing urban and transport planning.

A prerequisite for this is the creation of a functioning digital ecosystem consisting of efficient data centres, broadband networks that have been rolled out to provide coverage across the board, a rapidly increasing number of 5G networks, and all of this utilising software that has been programmed to be highly energy-efficient.

The study uses various best practice examples to show which locations are already saving large amounts of energy today using the innovative technologies and applications available on the market. These include data centres in Portugal, Spain, Sweden and Germany.

The greatest potential for increased energy efficiency in the area of data centres is offered above all by technologies in the field of data centre cooling and ventilation, especially with regard to waste heat recovery.

The German data centre Eurotheum, for example, uses a water-based direct cooling system to use around 70 percent of its own waste heat to heat local offices and conference rooms as well as hotels and restaurants.

The Amazon Web Services (AWS) data centre in Seville, Spain, is considered a best practice example in the promotion and usage of renewable energy. Due to its high levels of solar irradiation, Spain is ideally suited for Photovoltaics (PV).

AWS concluded a long-term electricity supply contract in Seville for a photovoltaic (PV) system with a capacity of 149 megawatts. AWS has set itself the goal of becoming climate-neutral by 2040, and of transitioning its energy supply to 80% renewable energy by 2024.

In addition, in 2015 Vodafone launched a multi-year program to optimise the energy efficiency of existing data centres and telecommunication sites in several EU Countries.

In the best practice example from Portugal presented in the study, the power usage effectiveness (PUE) was reduced from 1.57 to the current 1.36, an excellent result given the relatively high outside air temperatures in Portugal and the structural condition of these buildings compared to modern, newly-built data centres.

At the same time, the data traffic has significantly increased – by around 40 percent per year. From July 2021, electricity for all European sites will be supplied using renewable energy.

Inger Paus, managing director of the Vodafone Institute, says: “The study clearly shows that digital infrastructures such as energy-efficient data centres are a key element in the green transformation of our economy.

“If we want to achieve sustainable digitalisation in Europe, we must now invest sufficiently both in research into innovative technological approaches and in the promotion and development of energy-efficient digital infrastructures. Only in this way can we achieve the EU goal of reducing CO2 emissions from data centres by 100 percent by 2030.”

The use cases also illustrate that a large processing capacity and a high CO2 savings potential are not mutually exclusive, but are two sides of the same coin.

Dr Béla Waldhauser says: “Politicians are currently often critical of digital technologies and services in terms of their energy balance and climate impact. But this is a fallacy: Digitalisation not only keeps our economic and social life going but is also part of the solution to the climate crisis.”

This is why politics, business and science should now also work closely together to transfer these findings even more strongly to the European data centre industry.

The industry is already on the right track: While the demand for computing power has increased tenfold over the past 10 years as a result of the ongoing digitalisation of the economy and society, the energy consumption per gigabit of data centres is now 12 times lower than in 2010.

Since 2015, CO2 emissions from European data centres throughout Europe have been falling, despite a massive increase in processing power. This trend is set to continue in the future.

At the same time, the alliance of important representatives of the data centre industry sees a significant need for improvement, especially for Germany, in order to implement the goals of the EU Green Deal.

“Of course, the best and most ambitious climate targets are useless unless they are realistic”, Waldhauser continues. “Our industry fully supports the EU climate goals, but in order to fully implement the climate-neutral operation, the necessary basic conditions must be created as a first step.

“In addition to a sustainable ecosystem of digital infrastructures, we need a Digital SIngle Market that enables locations in Europe to meet the respective requirements on an equal footing and also under comparable conditions and needs.

“In concrete terms, an industrial electricity price for digital infrastructure providers is certainly the right goal for such a level playing field, and it will allow Europe to remain competitive in the face of international competition.”

Despite a 24 percent increase in the energy consumption of European data centres (2015-2020), greenhouse gas emissions were reduced by 8 percent over the same period.