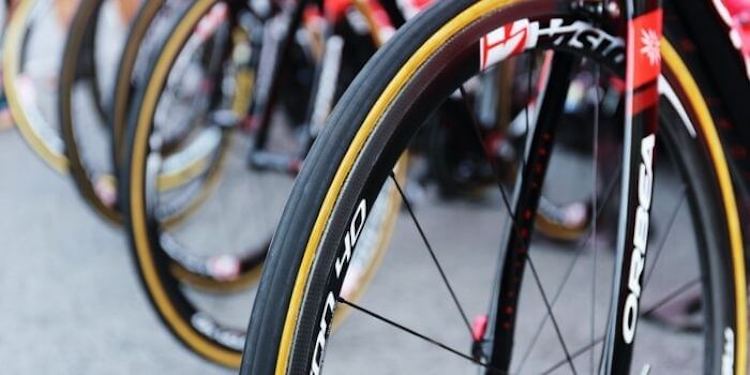 No one was taking the initiative at first. There were too many “what ifs” roaming inside the mind of the business tycoons. But what can we say? The most stubborn creation on this green-and-blue planet wasn’t going to let the adventurous proposition pass by.

So, the scientists ultimately convinced the bicycle brand owners to take the big step. Enters the robot in the bike industry and changed the history onwards. But how does one take such an impossible step? What provokes the folks to make the intimidating move?

We are going to find the answers right now with much more to explore. Read on to learn the bicycle industry and the use of robots, what’s going on inside those production houses, and, most importantly, how’s the modern-day wonder of science making the business flourish.

This probably is the most prominent advantage of employing robots in the industry. You see, human workers are only willing to go far when you are paying them a healthy amount. Still, when the situation demands courage to see the job done, anyone would prefer safety over bucks.

But with robots, you can assure a well-maintained pace of production even if it’s the most hostile working environment.

• Braiding the bike in the perfect way
Once you are familiar with the braiding process of bike manufacturing, you would be left wondering – how in the world did they do it manually? Yes, in terms of braiding, manufacturers look toward making a few tubes extremely rigid while they make the rest super flexible.

And here comes the benefit of using robots. They bring polymer tubes and insert them into carbon fiber arrays. This way, the carbon wires wrap the tubes for making a nicely flexible tube. Also, such a process ensures perfection in braiding the tubes.

• Saving the workers from airborne diseases
When it comes to trimming the tubes, there’s a potential risk of harmful substances’ entering the lungs of the workers. The robot will do the risky job of removing the internal mold as well as the polymer tube. After that, a diamond blade will cut the tube to the desired length.

If it was a manual process, there would’ve been a chance of chipping of the tube. So, to ensure better health of the workers, robots can be the ultimate solution.

• Making sure that the assembly is perfect
In the bike industries, a 6-axis robot does the most important job. That is, applying adhesive in the joining parts. Otherwise, there’s a fat chance that one or two joints might not be tightly built. And if it goes wrong in this step, then the whole idea of making a top-quality bike will be questioned.

So, we see the use of infrared cameras here. This is to put the parts together on the jig. Then the worker can bring this jig under the press to press the joints against the tube. This step is very critical, and using robots to accomplish it has been proven beneficial.

• Painting the bikes in the most satisfactory way
You see, most of the customers will look at the appearance of the bike before anything. If the brand fails to give it a catchy look, the whole effort might go in vain. That’s why you will find companies use robots to do the painting job. Now, why not use human workers this time? It’s not that complicated, right?

Well, although the job is quite straightforward, it needs quite a bit of patience. Repeatedly applying the paint over an area and then repeating the process with every piece of product can be tiresome. Some workers do not mind physical works, but they want to save their brains from fatigue.

Now, the robot steps in. Not possessing an ounce of boredom in their system, they can paint the bikes all day. And at the end of the day, you are rewarded with the satisfied faces of the customers.

Another important issue is that painters seem to be affected by lung diseases at times. It has something to do with the paint dust. Hence, we find the widespread practice of employing robots for painting vehicles like a bicycle.

• Securing the head tube, seat tube, dropouts, and bottom bracket
To give the bike the sturdiest of builds, manufacturers pay special attention to the mentioned parts. For, these are the parts that hold the bike together. And nothing can go wrong as far as securing them is concerned. Therefore, injecting the carbon particles is the way to go.

Then again, how can you provide safety for your employees when this particular process involves high pressure and dangerous temperature? You make use of the robots, of course. They will see the job done without sweating!

Also, there will be no budging a bit. With the manual process, it’s understandable if one or two units come with loose bottom bracket or too stiff dropouts. But, with the robots, there’s not a chance of such mishaps in this regard. That will ultimately lead the owners to offer the customers the best of guarantees.

• Reduction of maintenance cost
The maintenance cost will be lessened to almost zero when you employ robots. And the idea is too alluring for the businessmen, right? But hey, you should also look after the needy who are desperately trying to earn the bread. Anyway, robots will snatch a few bucks from the pocket at first, but that will be it.

After you’ve managed to employ them, you are going to enjoy the endless services without throwing another penny. There will be no more paying the hard workers at the end of the month, not to mention dealing with the demand for wages. You are saved all the extra costs. It’s pure profit from now on.

I will recommend robots! The idea was too good to be real a few years back. But with the worldwide exercise of such brilliant employment, you are left to ponder – is it time?