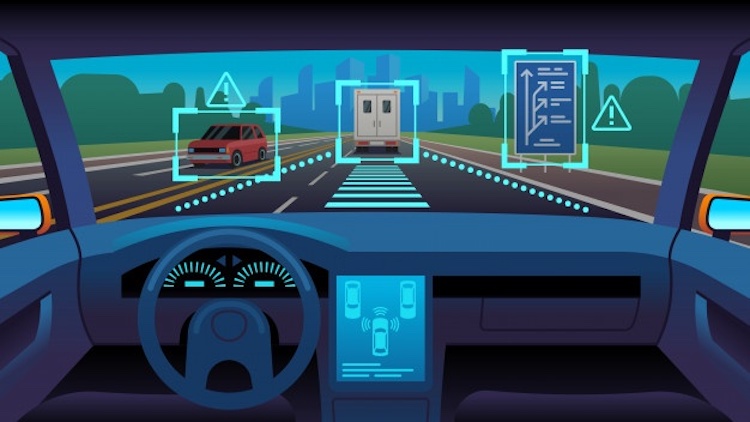 The concept of “driverless” had existed for decades, and as time went on, it became a reality. And it is emerging to be the norm in the next decade.

Especially because of Google’s most surprising startup – Waymo. This company originally started off as a self-driving car project but has made a name of itself.

In fact, Waymo is even launching driverless taxi services in Phoenix. Driverless cars are all the rage now, but so are startups.

And there’s no surprise that there are a lot of small-scale companies experimenting with driverless vehicles. Drive.ai and May Mobility being of them. Other multinational companies have realized the potential of driverless cars as well.

The likes of Lyft and Uber have been trying their best to eradicate actual drivers, it’s far more lucrative.

With continuous “trial and error” tests, research is underway on how to create sustainable driverless vehicles.

In an ideal “driverless” world, productivity can be maximized. Being the passenger, all by yourself – without having to worry about the driver, is a comfortable experience most have not gone through. But the economic impact on different industries will be severe. As in, the following industries should be intimated:

Now, it’s not necessary that they’ll get negatively impacted by driverless cars. Their response matters.

Surveys tell that people might abandon cars altogether since ride-sharing will become cheaper, but nothing’s for sure. Insurance policies will definitely need amendments, though.

Thousands are employed under ride-sharing apps. If AVs (automotive vehicles) ever get normalized – job scarcity could be a bigger problem.

Also, gas stations are dependent on drivers passing by their convenience stores. In a “driverless” world – that won’t be the case. Tourist industries may enjoy the luxury of AVs – cheaper transport, means more customers.

Driverless vehicles are a technology to ponder over, and everyone has a lot of questions.

Basically, driverless cars rely on sensors, cameras, a trip mapping system, and most importantly, artificial intelligence. Through machine learning and neural networking – UVs can navigate around the road.

An efficient networking system will allow the vehicle to identify every-day objects such as traffic lights, street signs, pedestrians, and anything that comes in the way.

Companies like Audi, Ford, Google, Tesla, and others have been working tirelessly – trying to create the “perfect” vehicle.

On top of this, driverless cars will give rise to a new generation of “apps” that will specifically extend the same functionalities we have on our smartphones and re-envision them in the context of a vehicle, so that the app can retain its utility.

Most iOS and Android app development services will be looking to leverage this new ecosystem by creating specialized apps for driverless cars like for navigation aid, route mapping, entertainment access, work productivity among others.

There are “Levels” when it comes to how automatic a vehicle can get. Five Levels exist, and the last is the most ideal one. At the final stage, your vehicle is basically a chauffeur.

Realistically, we have reached Level 4. But auto manufacturers still haven’t concluded on how they will normalize UVs on the road.

Apart from being “driverless”, there are several government rules one needs to oblige by. And that’s a major concern.

When can we expect Level 5 vehicles? An industry expert, Elon Musk, has been overly optimistic and claimed that self-driving vehicles of Level 5 are “very close.”

Now, Elon Musk is known for experimenting and creating the wackiest of tech. It would be no surprise if Tesla ends up releasing commercial self-driving cars!

So, one of the major concerns regarding self-driving cars has been, even if the technology supports it, is it safe on the road? IoT (Internet of Things) might change that perception.

IoT supports an interconnected world, where everything can communicate to another. That means – automated homes, smart accessories, connected appliances, and everything!

If every vehicle on the road gets connected to one another, the chances of an accident will go null. Neural networking of maps through IoT can create the perfect road environment.

Furthermore, even traffic lights can become absolute. If an AI from one car can easily communicate with another, traffic congestion will cease to exist. There’s no use of traffic lights.

Overall, we are looking at an ideal, utopian-like world where transport might be the most convenient thing available. And the Internet of Things has a huge role in it!