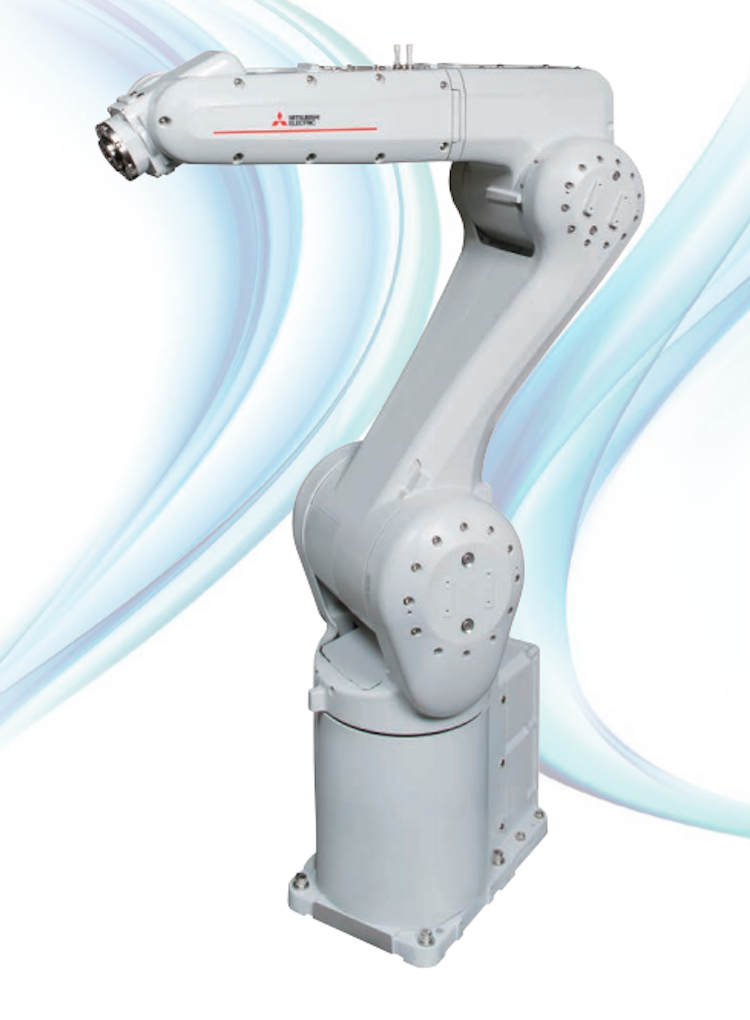 Mitsubishi Electric Automation has launched its RV-8CRL industrial robot, saying it offers “a high-quality solution at a lower price point, while not sacrificing on performance”.

Due to its smaller base size, expanded effective working area, and compatibility with safety intelligence components, RV-8CRL is extremely versatile in its applications, including pick and place, inspection, and general assembly.

The RV-8CRL is designed for original equipment manufacturers and end users with a focus on easy implementation, robust safety options, and a reduction in downtime and maintenance.

The robot’s internal wiring and piping makes the robot easier to install, while its IP65 rating makes it “dust tight” and protected against water projected from a nozzle, widening application suitability. RV-8CRL also features auxiliary components for safety, such as MELFA Safe Plus.

This component, using additional sensors, will reduce speed and limit the range of robots up to a full stop when people or objects are detected in close proximity to the robot.

In addition, RV-8CRL’s battery-less internal encoders remove the need for battery backup, allowing it to maintain the same settings without the battery.

“We are excited to introduce RV-8CRL to the industrial robot marketplace,” said Scott Strache, product manager at Mitsubishi Electric Automation. “It features quality, performance, and compatibility wrapped into a package that reduces maintenance and operating costs, all while backed by a three year on-site warranty.”