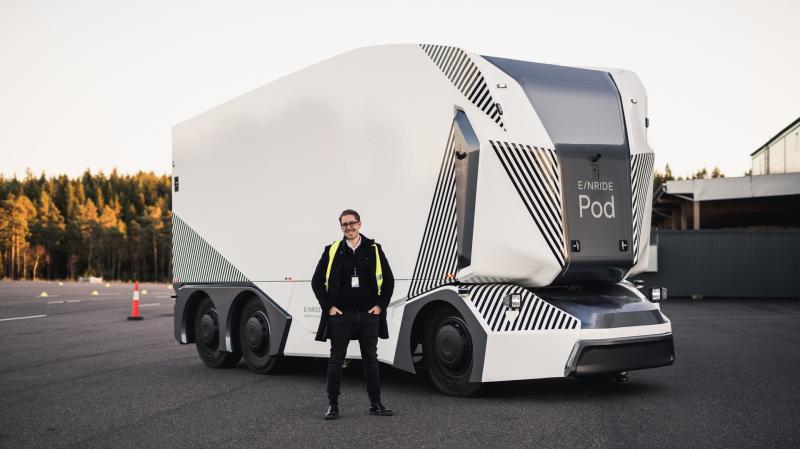 This new funding will be used to fast track the official launch of its Einride Pods and meet the overwhelming demand from existing clients including Oatly, Lidl, and more. A representative from Norrsken VC, which was founded by the Klarna co-founder Niklas Adalberth, will be joining Einride’s advisory board.

In March 2020, the AI and robotics industry saw major names shut its doors which sent a shiver down the spine of the autonomous trucking industry. Contrarily, in the wake of COVID-19, there has been a shift towards searching for a more efficient, contactless way to achieve the same levels of transport as before. During this time, Einride has maintained a strong stream of new partnerships, including onboarding two major partners, Oatly and Lidl, and launching the mainnet version of its Freight Mobility Platform.

“There is both a lot of excitement and a lot of uncertainty about autonomous trucking, but the fact remains: this is one of the largest business opportunities in the history of mankind,” said Robert Falck CEO of Einride. “We have a unique opportunity to make transport both exponentially safer and more sustainable. It’s something the vast majority of us want, but many are unsure of how to get there and resort to half-measures. We expect to see the autonomous transport industry expand exponentially in the coming years, especially in the wake of a global pandemic.”

Einride is the first amongst its competitors to come up with a solution in production and generate revenue. It is also the first freight transport start-up to operate a truly driverless heavy transport vehicle on a public road. In addition, Einride is the only company to operate these vehicles daily at customer sites.

Beyond developing cutting-edge autonomous technology with the Einride Pod, the company offers a freight mobility operating system that intelligently manages the transition to electric and autonomous freight on an individual transport network level. With the additional funding and strategic input from Norrsken VC, the newest member of the Einride advisory board, Einride plans to continue leading the transition to an autonomous and sustainable future of freight.

“Eliminating CO2 emissions causing rapid climate change is one of the greatest challenges facing humanity. As one of the largest emitters, what the road transport industry does in the coming years will have an enormous impact on reaching sustainability goals. At Norrsken, we have been with Einride since the beginning, and are proud to continue to support this movement towards electric, autonomous transport,” said Niklas Adalberth, co-founder of Klarna and the Norrsken Foundation.