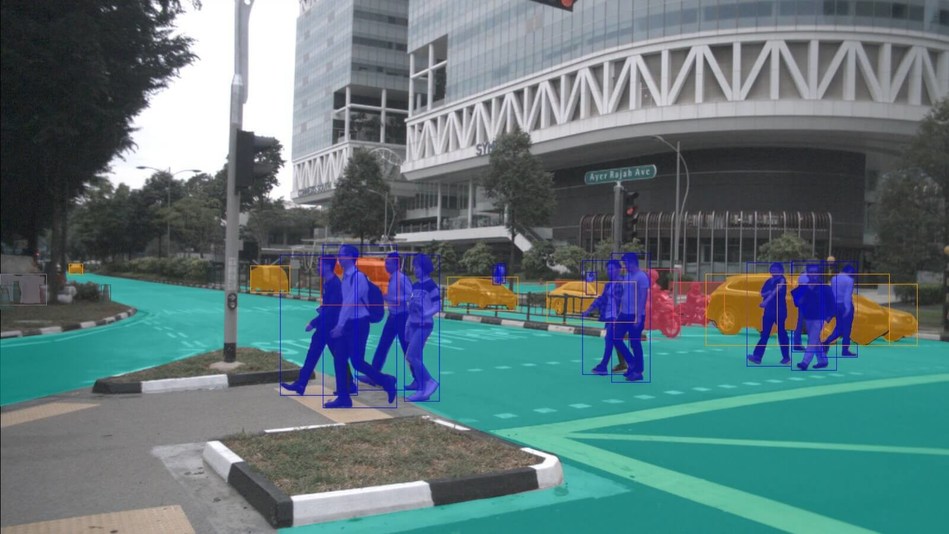 nuScenes, created in March 2019, was the first publicly available dataset of its kind, and pioneered an industry-wide culture of safety-focused data-sharing and collaboration.

It launched as a collection of 1,000 urban “street-scenes” in Boston and Singapore. The scenes, composed of millions of photos and data-points collected from the vehicles’ full sensor suites, were then meticulously hand-annotated, and used to inform and advance machine learning models to build the safest possible self-driving vehicles.

A culture of information sharing

Since release, over 8,000 researchers have used nuScenes, with over 250 scientific papers published using the data. Furthermore, nuScenes gave rise to a thriving culture of information-sharing in the autonomous vehicle industry.

In the year-and-a-half since launch, more than 10 new datasets have been made publicly available across the industry, helping to build safer, more educated autonomous vehicles.

“The belief that passenger safety must take priority over any competitive advantage is at the heart of nuScenes. We’ve been delighted to see so many peers follow suit and release their own datasets, all for the betterment of the industry.”

Motional has a long history at the forefront of safety. In 2019, the company was part of the team that released the Safety First for Automated Driving white paper, an organized framework for the development, testing and validation of safe automated passenger vehicles.

The white paper has been widely regarded as the new standard in safety guidelines. Motional also operates the world’s most-established public robotaxi fleet (Las Vegas, 2018 to present). That fleet has provided over 100,000 rides, with 98% of riders rating their experience five-out-of-five stars.

nuScenes is free of charge for academic use, and licensing is available for commercial purposes. Annotations for nuScenes were provided by Scale AI.