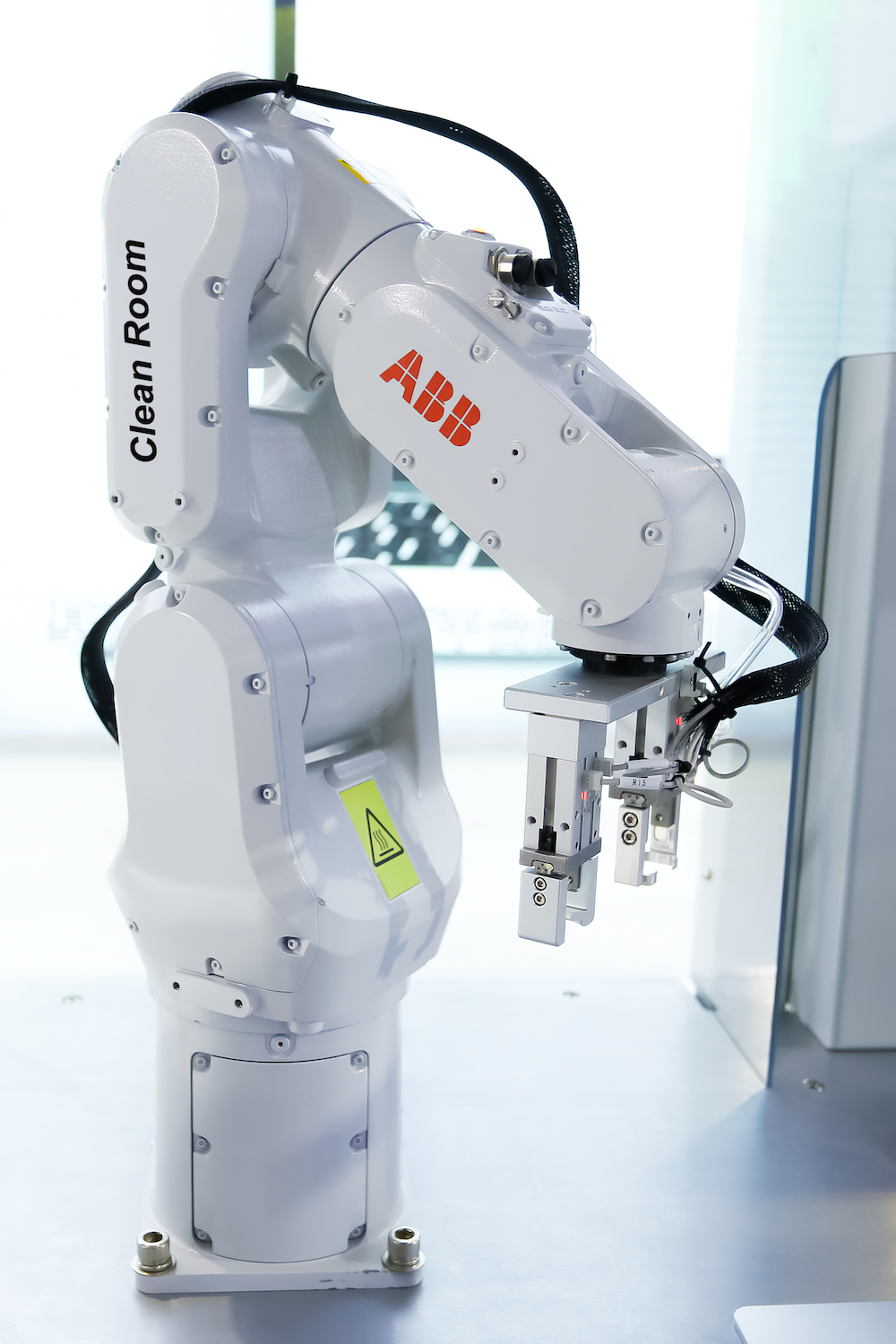 ABB is extending its robot offering for cleanroom manufacturing environments that need high levels of flexibility and performance. Certified to ISO 14644-1, the new cleanroom IRB 1100 combines fast performance in a compact design for industries including healthcare, pharmaceuticals, electronics, semiconductors and solar panel manufacturing.

Key features include hygienic paint and a sealed body to prevent leakage of contaminants such as grease, oil and particles, together with a mechanical design that minimizes gaps between the robot’s joints to discourage the growth of bacteria.

The new cleanroom version builds on the success of the existing IRB 1100, ABB’s most compact and lightweight 6-axis robot. The IRB 1100 offers up to 35 percent faster cycle times than the IRB 120, to maximize productivity, and best-in-class repeatable accuracy. Powered by ABB’s OmniCore™ controller, the IRB 1100 is equipped with advanced motion control capabilities, making it ideal for supporting rapid assembly, pick and place and material handling applications.

With a 10 percent smaller footprint and 20 per cent lighter than the IRB 120, the IRB 1100 can be installed in areas with restricted space, including existing production lines, for greater production flexibility.

The new IRB 1100 will extend ABB’s offering for cleanroom applications, which also includes the IRB 120. The IRB 1100 is certified to the higher ISO 4 cleanroom standard, compared to ISO 5 for the IRB 120, opening potential new applications demanding a higher level of protection.

“While many manufacturers want to take advantage of the rapid, accurate assembly process that robotics can offer, many advanced technologies are sensitive to contaminants and require strict cleanroom conditions, says Antti Matinlauri, Head of Product Management for ABB Robotics.

“The cleanroom version of our IRB 1100 is unique, offering a 4kg payload and reach below 500mm, while offering best-in-class repeatable accuracy. The IRB 1100 sets a new benchmark and will be able to support cleanroom teams throughout industry, enabling them to make the most of automation in these demanding environments, including faster cycle times and improved productivity, even in confined spaces.”