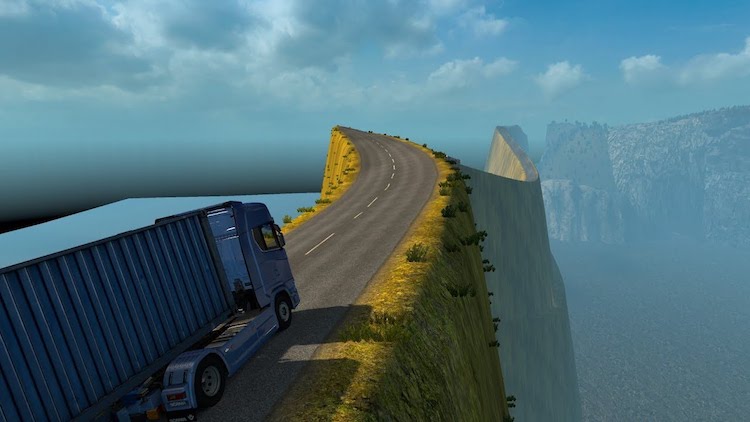 The haulage industry has come a long way from steam powered carts; technological revolution and globalisation have pushed the industry to the forefront, today “85 per cent of everything Brits buy, eat, wear and use is moved by a UK-registered lorry”. From the clothes on your back, to the bricks and mortar that are used to build your home – it probably came in a lorry.

Long haul trucking is defined as any form of trucking that requires the driver to stay away from home because the journey cannot be completed in a day. HGVs are everywhere and are used in all industries, from huge scale machinery movers to retail product delivery.

Drivers are often required to live a partially nomadic lifestyle because the role requires them to regularly commit to long time periods away from home, It is not uncommon for a long-haul driver to travel the whole length of a country and even travel internationally, however, some journeys are considerably longer than others and some pose a greater risk.

Because of this it can mean that the advancing technology in automation and automotive might soon offer respite for these drivers.

The most dangerous truck route in the world? Where is it? From the Jordan border through war-torn Isis territory into the heart of Baghdad.

Tureibi is Iraq’s main international border and trade route with Jordan. Due to the location of the route no one can be completely sure how long the journey is. The road was officially closed in 2014 and was reopened in 2017.

Since the reopening, long haul drivers have been making the treacherous 12-day journey directly through old ISIS territory. Risking their lives to reach their destination.

The Pan-American highway, aptly named because it cuts 48,000 kilometres (30,000 miles) across the North and South American continents. Once awarded the longest drivable road by the World in the Guinness Book of Records.

The most dangerous parts of this route is in Costa Rica, where a combination of poor road surfaces, mountainous terrain and wildly unpredictable weather conditions combine to make this one of the deadliest roads for truckers.

Weather conditions such as freezing temperatures and ridiculously thick fog make drivers journeys unpredictable. The roads are so poorly maintained in areas that whole sections of road easily wash away in the rainy season, making the steep curves and turns of the road even harder to navigate.

At the highest point on the Pan American Highway rises to an overwhelming altitude of 13,000 feet at Cerro de la Muerte nicknamed the “Hill of Death”. This road weaves in between a web of trees narrowing and widening as you go. This is the most psychologically draining road you will ever travel through.

A 7,400 km journey, that is all it takes to get from Western China to Germany. This monumental distance takes around 12 days to complete, Drivers travel through several different countries, including Poland, Belarus, Kazakhstan, and Russia.

This route nicknamed “Belt and Road” was China’s way to tap into western markets, however Europe wanted to ensure that this “Silk Road” works both ways.

The Sichuan-Tibet Highway is not only long but is also in the mountains of Tibet. Therefore, it is classed as one of the longest high-altitude roads in China and considered one of the world’s most extreme highways.

Stretching from Chengdu of Sichuan province in China to Lhasa in Tibet, the Sichuan-Tibet highway stretches 2,412 kilometres. The starting altitude of the route is around 500 meters in Chengdu, with the highest altitudes pushing over 4,000 metres at many points along the road and pushing 20,000 feet at its peak.

Despite the changing altitude, tough driving conditions caused by the snowy mountain peaks and deadly hairpin bends – this is a regular route for truck drivers heading to Everest. The health risks to drivers include altitude sickness and not to mention the constant threat of rockfalls and mudslides.

Along the Sichuan-Tibet Highway, the Chola mountain pass is considered one of the most dangerous sections along this highway, however knowing this China opened the world’s highest road tunnel through the mountain, to improve safety. “The tunnel, running for more than four miles at an altitude of 4,232 metres to 4,378 metres.”

These hazardous routes cause massive logistical issues for companies, endanger drivers and are costly. Could we eventually see driverless trucks and cars making these routes easier to travel or a way to create partial routes with them?

With all of the dangers involved in long haul driving companies such as Volvo, Tesla and Embark are leading the charge in building commercial Vehicles that are fully autonomous. Possibly one day self-driving vehicles will travel these dangerous roads for us.