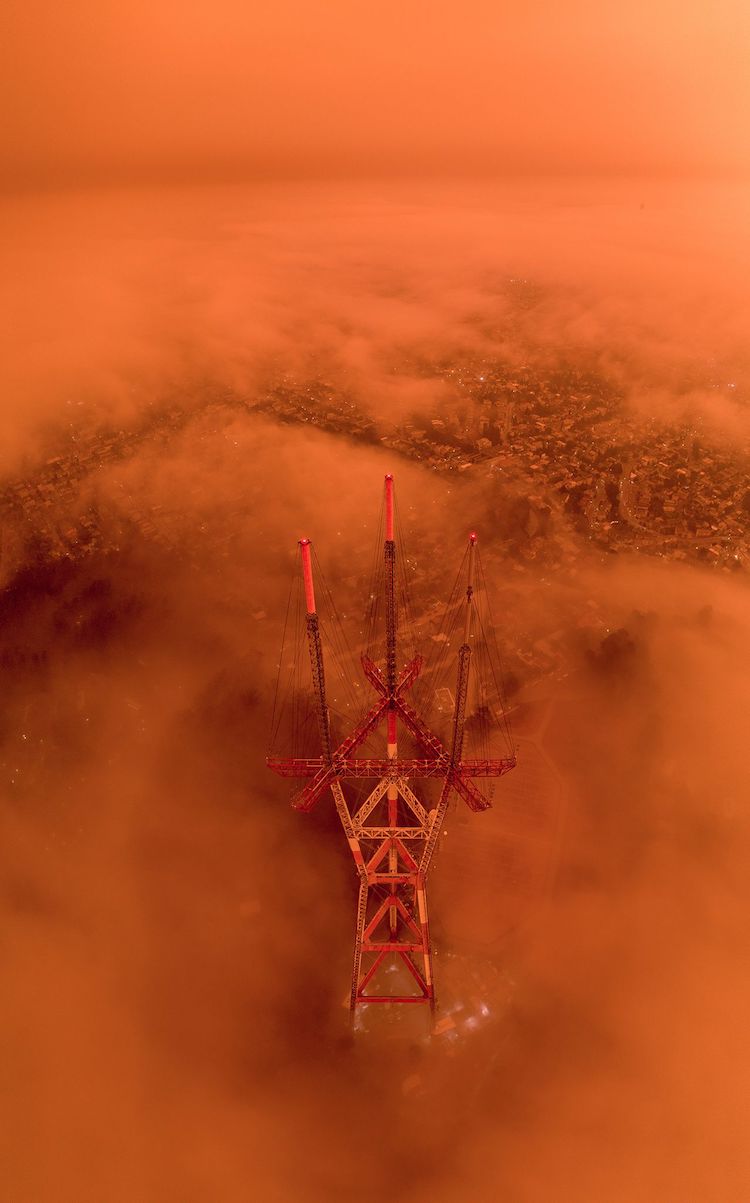 Now, in the real world, modern San Francisco is shrouded in a blanket of cloud that looks quite similar to the world of Blade Runner. The dramatic change has been caused by the “worst wildfires in the history of the state of California”, according to those who are tasked to deal with them.

The “sky is on fire”, reports The Verge, which flew a drone through it and captured a series of stunning images, including the one we’ve used as the main picture for this article. The website says millions of acres are burning across the West Coast and the resulting pall has “blotted out the sun”.

Similar skies have been seen in Asia, but they were reportedly caused by car and industrial pollution, not wildfires. It’s difficult to say if smog caused by cars and industry is more or less dangerous to residents than the sinister mist currently descending on the streets of San Francisco.

The West Coast, in particular California, has long been seen as a more environmentally conscious region where residents are more supportive of eco-friendly policies, such that the state authorities formulate laws which “set the trend for other states”, and are often mocked for being “hippies” and “stoners”.

However, even with the best tree-hugging intentions, how do you clean the sky? Well, like, yeah, there is at least one far out invention which might be of help, man.

A company in the Netherlands called Envinity Group has invented what’s described by the World Economic Forum as “the world’s first giant air vacuum cleaner”. Yes, the company’s device sucks up the air and passes it through filters which collect “fine particles, ultrafine particles, viruses, bacteria and more”, according to its website.

Specifically, the company claims its solution:

The Envinity solution is said to be the only one of its kind and was developed as a response to the pollution caused by aircraft, but could help cities like San Francisco clean up its atmosphere in the aftermath of these fires.

Envinity is also of the view that polluted atmosphere can restrict economic growth, a point which appears to be confirmed by research by the Centre for Research on Energy and Clean Air (CREA).

CREA says that “health damage from air pollution” has cost between 0.4 percent and 6 percent of annual GDP in the world’s leading cities in the first half of 2020.

CREA listed the top 10 cities with the highest costs of air pollution as a percentage of their gross domestic product. They are:

San Francisco was not on this list or on other similar lists drawn up by CREA, but may find itself on one of them as a result of what’s happening now.