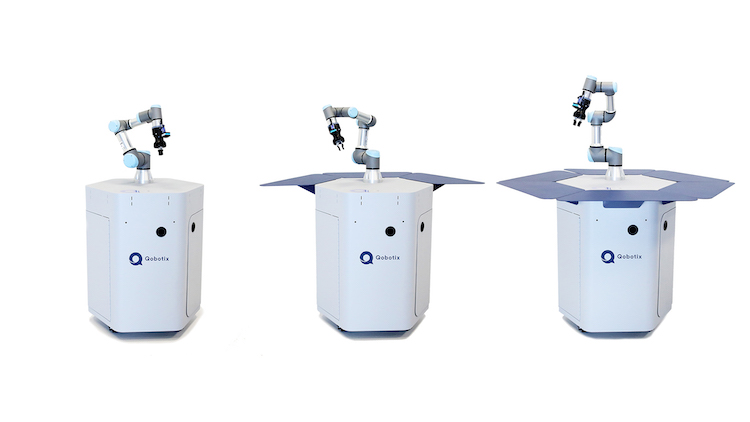 After two years of R&D, including active installations of the OS industrial appliance at major auto manufacturers, Qobotix officially unveiled its technology to make existing robots smarter and self-learning. 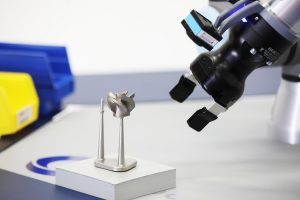 The company also offers complete robot stations, which are ready for immediate deployment on manufacturing lines with the flexibility to be deployed rapidly for different tasks.

Qobotix Cloud provides a factory management platform with a centralized repository of work intelligence that can be shared between machines to manage production analytics and provide managers with deep analysis of robotic performance.

Qobotix already has active OS installations in major auto manufacturing operations. The company is seeking early adopters of their technology and aims to distribute 20-50 robot stations in the first year with deployment, training and testing that can be done on the same day.

One of Qobotix’s central innovations is that it enables robots to learn independently – humans can train robots by interacting with them and robots can learn from other robots, unlike existing industrial robots that are pre-programmed to perform only one task.

This capacity enables robots to be programmed in hours or days rather than weeks. Companies can deploy their robots faster with greater flexibility to perform functions with accelerated human-machine collaboration, enabling humans to take on other roles.

Qobotix’s introduction comes right as the Covid-19 pandemic is shaking up supply chains to their core. Companies are re-examining their reliance on massive repetitive production offshore, and seeking more flexible, localized manufacturing options.

Qobotix helps companies meet the challenge of becoming better equipped to meet these new conditions and move away from inflexible factory designs and manufacturing processes. With Qobotix, factories can use cobots to more easily switch between projects quickly, produce at a high volume for a shorter time, while keeping workers safe through social distancing.

Qobotix is the brainchild of Avi Reichental, a 3D printing pioneer and long-time industry veteran, Egor Korneev, a serial entrepreneur and a pioneer in the field of machine learning and vision systems, and George Votis, the Chairman, CEO and founder of Galt Industries, Inc.

“During our many years involved in industrial manufacturing, we experienced robots that were meant to be collaborative and quickly concluded they were not like that at all – they couldn’t see or hear, and they were very inflexible,” said Reichental.

The team recognized a major gap in the market and decided to develop their own technology with the aim of bringing vision and intelligence to collaborative robots, freeing humans from repetitive tasks to enable them to achieve more complex and strategic roles.

“Our aim is to take robotics out of the late 1990s with the Qobotix operating system,” said Qobotix Co-founder and CEO Egor Korneev. “In the early 2000s, hardware companies dominated the mobile phone and device markets and the mobile applications ecosystem was weak with no common OS options.

The advent of iOS and Android led to an explosion in mobile software applications based on open OS platforms. We are now in a similar place with cobots with Qobotix offering a universal operating system for industrial robots driven by AI as a platform for automation applications.”

“Qobotix offers a strong return on investment by freeing up people for higher level tasks,” said Qobotics co-founder George Votis. “With Qobotix, robots can more easily collaborate with each other, and allow manufacturers to deploy production stations within different production lines each day, saving time and costs while boosting productivity.”