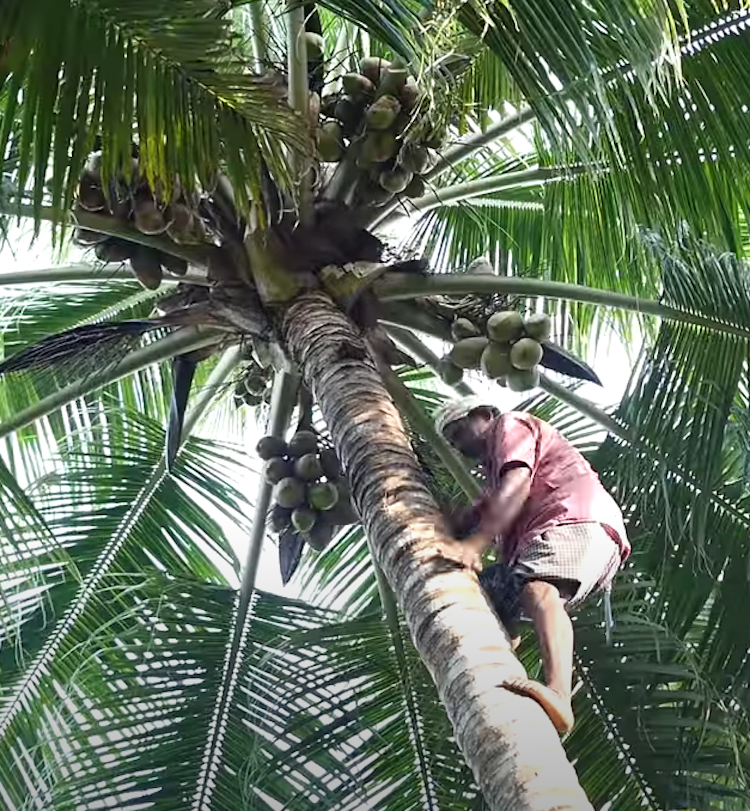 In response, the team has built a robot called Amaran, which is described as “a novel robotic coconut tree climber and harvester”, and which can be operated through a smartphone.

Amaran is comprised of a harvester with a distinctive robotic arm and a cutter, which can be attached to a ring-shaped frame that can be fastened to a coconut tree.

Amaran can be controlled, through a wireless interface, either by an operator on the ground or via a smartphone-based app. 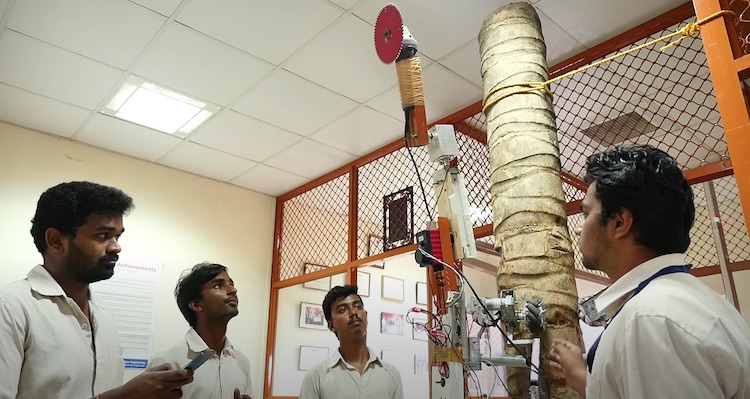 Once dispositioned in the vicinity of the coconut bunch, the cutter is commanded to harvest the coconuts, by cutting the stem of the bunch attached to the tree.

The scientists say Amaran’s dexterity in climbing and harvesting coconuts can be challenged by height, circumference, and inclination of the tree.

Experimental results show that Amaran can successfully climb trees up to 15.2 meters tall, of circumferences ranging from 0.66 m to 0.92 m, and tree trunk inclinations of up to 30 degrees.