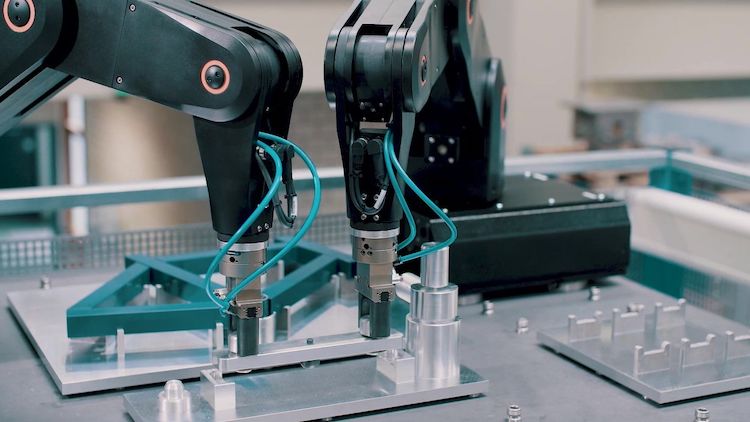 There’s been a lot of talk in recent years about what’s sometimes called “custom manufacturing”, or the “batch of one” concept.

The idea behind such phrases is to create manufacturing processes that can almost tailor-make products for individual customers.

So let’s say if you wanted a particular brand of bicycle but would like your bike to have higher handle bars or wider foot pedals, the maker should be able to provide that without having to incur significantly greater production costs or add much to your purchase price.

Maybe you want it in a particular colour. That should be easy enough. But because of decades of entrenched mass production techniques, the vast majority of larger manufacturers would not be able to provide individualized products to large numbers of customers.

The reason why many companies want to develop custom manufacturing processes is because they would then be able to access a relatively large market that exists where many people do want customizations.

One only has to look at the T-shirt manufacturing sector to see that there are millions of people out there who are willing and able to play designer or at least request different designs to the existing range.

A couple of years ago, Mercedes decided to bring in human workers to implement customizations that its customers wanted in its high-end cars. Robots were unable to, or were not cost-effective enough, to do the job.

Now, researchers at the Karlsruhe Institute of Technology say they have developed a novel, user-friendly production planning system that combines the high productivity and accuracy of “special machines” with the flexibility and versatility of industrial robots. (See video below.)

In other words, KIT has developed a robotic system that is capable of custom manufacturing at high speed and at low cost.

If such systems don’t exist in the future, custom manufacturing or batches of one will only be available who can afford to pay the enormous amounts of money necessary to divert manufacturing resources to a much shorter run.

Not everyone is a sports star who earn millions of dollars a year jumping up and down every day and would like specially made footwear from Nike or Adidas to do it in. Those companies are multibillion-dollar global operations and they’re not going to listen to you if you walk into one of their stores and say you want them to make you a pair of shoes using your own special design with your name on it, for example.

Or are they? Actually, the reality is that Nike and Adidas are at the forefront of the custom manufacturing movement, offering exactly the kind of service described above, albeit in a limited way.

“From sports shoes to car accessories – there is an increasing demand for individualized products,” says KIT.

The economic and competitive production of industrial and consumer goods with a high degree of individualization and improved quality standards in correspondingly smaller quantities requires suitable production processes, adds KIT.

And simply speaking, “suitable” production processes are those that are flexible or changeable and highly automated.

Some people might say there is already too much choice in manufactured products, but it is as nothing compared to what will happen when custom manufacturing systems go into full operation.

While some may say such a bewildering array of choices in every category of product is entirely unnecessary, KIT and many others certainly do not agree.

Companies that respond to the growing demand for greater product variety have a competitive advantage, says KIT.

However, their prices often have to match those of competing products from highly efficient, automated, and rigid production systems.

They then have the choice between rigid production lines with high productivity or a flexible production with low efficiency.

Removing this conflict of objectives and combining high flexibility with high productivity is the goal of the “Wertstromkinematik” (value-stream kinematics) research project.

This is a completely new production approach, says KIT.

Edgar Mühlbeier from the wbk Institute of Production Science at KIT, says: “Suitable production systems, which are characterized equally by great flexibility and a high degree of automation, have not existed until now, or only in rudimentary form. Our approach is going to close this gap.”

As a mechanical engineer who is specialized in control technology, Mühlbeier coordinates the development of this innovative production system, which combines the high productivity and precision of special machines with the flexibility of industrial robots.

Professor Jürgen Fleischer, head of the wbk institute and initiator of the novel production approach, says: “Value-stream kinematics have the potential to revolutionize today’s production landscape.”

It could obviate the need for large halls and avoid long supply chains or production losses due to supply bottlenecks.

The current crisis caused by the pandemic has shown how quickly the lines can come to a standstill if supplies from abroad required for production are not available in time.

Fleischer says: “If our flexible systems were in use, regional companies in the immediate vicinity could step in and manufacture the missing parts. The reduction of transport distances would also be environmentally friendly and resource-saving.”

They autonomously perform common robotics handling tasks and are capable of docking various production tools in order to carry out processes such as assembly, additive manufacturing, cutting and joining processes as well as machining tasks and quality assurance – fully automated and within a multi-layered production flow.

Mühlbeier says: “This design allows for frequent and flexible rearrangements of the production system without the need to purchase costly additional equipment.”

In order to solve these demanding tasks, the new system needs to be optimized in various ways compared to conventional vertical articulated arm robots, especially with regard to its stiffness.

The flexible production system makes manufacturers independent from individual machines. For example, productivity increases can be achieved by coupling and decoupling units as required.

Relying on innovative gear technologies and software support, the researchers want to achieve, for example, a milling path that is accurate to a few hundredths of a millimeter.

The individual process parameters, such as cutting speeds and the use of force must be planned precisely.

Mühlbeier says: “The special feature of our production system is that the individual units can be coupled to cooperate and thus replace today’s special machines for certain tasks and processes.”

After completion of the task, they can be decoupled again and used separately. This is a way for companies to reduce the number of production machines, which are often very expensive.

The fast, simple and exact spatial positioning of the flexible value-stream kinematics allows to establish a grid that extends across the entire production area “comparable to a Lego board on which the bricks can be pinned as desired”, says Mühlbeier.

The preparation of the production system can thus be accelerated considerably.

In order to significantly reduce the planning and commissioning time, an intuitive and easy-to-use engineering platform will additionally provide web-based and thus platform-independent support for engineers also in medium-sized companies.

This spans the design of a product in CAD, planning the number, arrangement and coupling of the kinematics, as well as simulation and fine-tuning of the production system.

KIT scientists are driving their development in cooperation with industrial partners: Siemens contributes in the field of control technology and the machine tool manufacturer GROB-Werke as hardware developer and integrator.

Fleischer says: “Production technologies have to satisfy the changing conditions of the market and meet the constantly increasing technological requirements. Our goal is to identify and develop innovative solutions for new processes and requirements.”