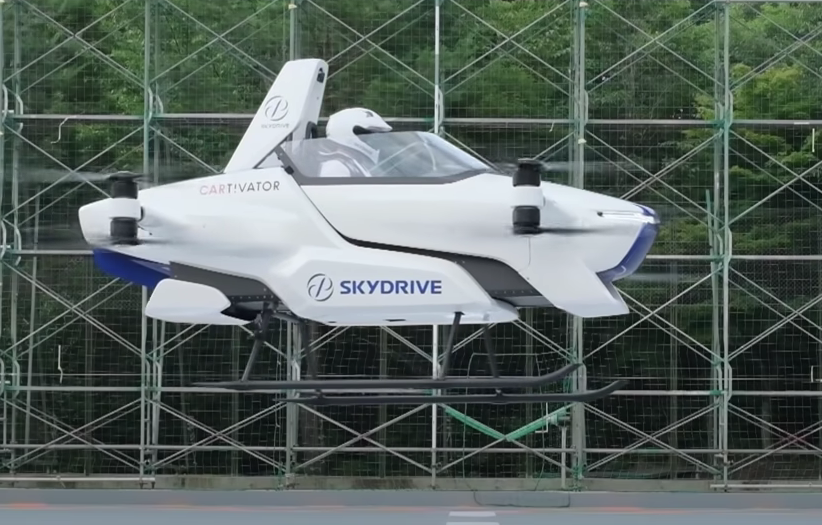 SkyDrive says it can put the what we’ll call the “airbike” into mass production in just two years’ time, by which time there should be more regulations about aerial vehicles.

However, the initial phase of regulations are dealing with unmanned aerial systems, or drones, which are likely to be used for carrying cargo and shopping items, not vehicles that are meant to carry humans.

At least that is the case in the US. Japan, where SkyDrive is based, may take a different view and speed up the regulations to try and accelerate the growth of the sector.

Drones and flying cars could be a huge growth area at a time when large parts of the economy have been left devastated by the coronavirus pandemic.

And whereas in the past, flying cars may have been seen as “flights of fancy”, if you’ll excuse the pun, nowadays, with driverless cars being discussed on a daily basis and billions of dollars having already been invested into such technologies, flying cars seem rather conservative in comparison.

They would probably be less dangerous as well than driverless road vehicles, not because the technology is inherently better or anything, but because there are simply more objects to navigate – a lot of them moving and human.

Collision avoidance technology is probably not yet completely flawless, but it certainly chould be capable of navigating through airspace that is largely empty, except for for a few birds and other drones and flying vehicles.

SkyDrive entered into an agreement with Toyota City in Aichi Prefecture a couple of years ago, so it effectively has the backing of one of the world’s largest automakers.

The company says the deal made it possible to “dramatically boost the speed of the development” as it allowed for the use of the city’s 10,000-square-meter development base, including an indoor flight test facility, one of the largest in Japan.

However, SkyDrive has plenty of competition from other companies which have developed snazzy-looking flying cars of their own, although they do not appear to be not quite as small as this one.

For the moment, there seems to plenty of potential space in the skies for all of them, although the regulators are still working to develop guidelines for their operation, which may take several years if not decades.