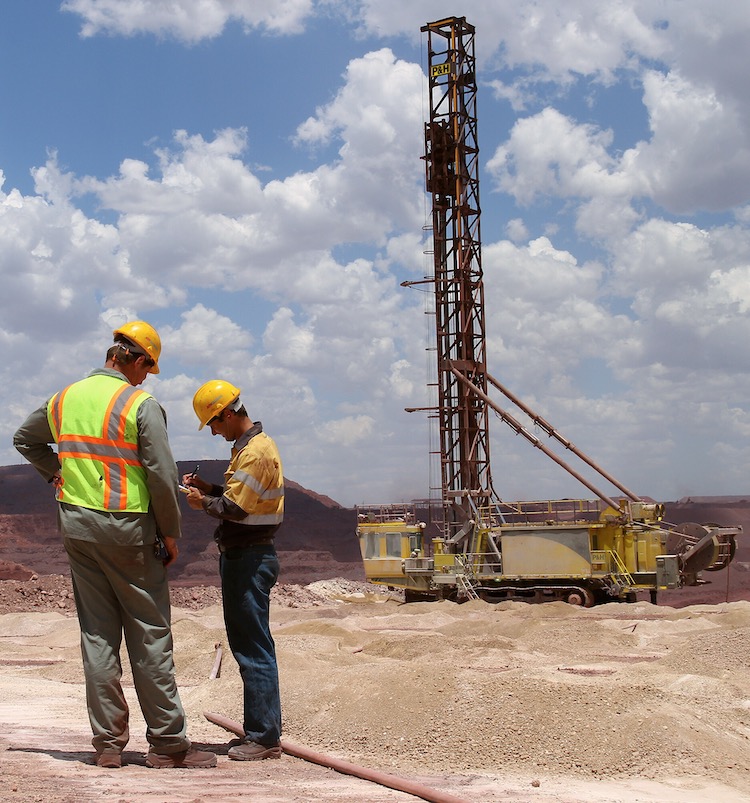 “Compatible with all blasthole drill makes and models, Phoenix AI is an independent system that allows machine operators to automate their entire drill cycle at the push of a single button, without compromising the OEM control system,” he says.

By giving operators the ability to hand more control to the machine, Curtis says drill and blast teams can eliminate operator variability, one of the major causes of poor hole quality and machine stress, reducing maintenance costs and extending the life of their drills. 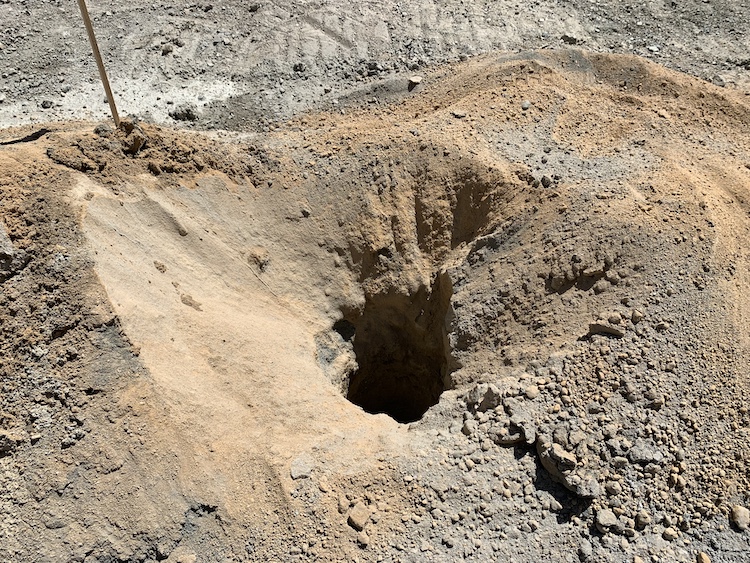 “Phoenix AI uses artificial intelligence to eliminate the need to even tune operational parameters on the machine,” he says.

In autonomous mode, Phoenix determines the design hole depth based on the engineered drill plan and uses advanced AI algorithms to automatically generate and adjust force on the drill bit and rotary RPM to match ground conditions.

“The AI is capable of testing new drilling parameters and determining positive or negative outcomes based upon that testing,” he says.

“Phoenix ensures accurate execution of the mining engineer’s design and finds the sweet spot for every drill hole – the perfect balance of speed, pressure and force – to maximize penetration rates and total production without damaging the machine.”

Curtis says hole placement, depth and mast alignment are all critical factors that have a direct impact on rock fragmentation and blast effectiveness.

“During the drilling cycle, live ground conditions are colour coded and displayed on the Phoenix AI drill index bar,” he says.

“By making this data available not only to the drill operator but also to the entire drill and blast team, they can determine the correct use of explosives relative to the ground conditions for improved blasting and fragmentation.”

Unlike traditional aftermarket drill automation platforms, Phoenix AI works in harmony with the original OEM system on board which reduces installation time and cost for the mine, while protecting their OEM service and repair model.

Curtis says the installation of Phoenix AI is faster and simpler than traditional automation platforms as none of the components disrupt or alter the original OEM control system.

Curtis believes the intuitive nature of Phoenix takes drill automation to the next level, bringing together the best of human and artificial intelligence to continually optimize the drilling process.

“Phoenix brings the best of both worlds to the bench, combining a layer of machine AI with real-time actionable feedback. It’s like having your best drill operator in the operator seat on every shift,” he says.

“Phoenix works in much the same way as a great operator thinks, which makes artificial intelligence a perfect application for drill automation.” 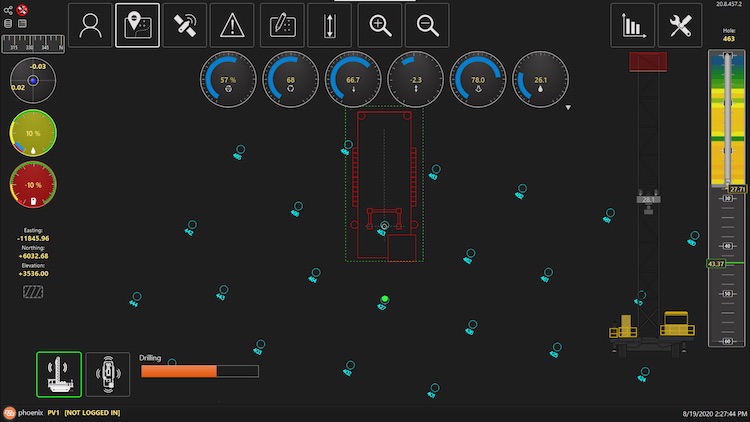 While Phoenix AI is just the beginning, Curtis says automation and AI will continue to lead the way in optimizing equipment and processes across the entire the mining value chain.

“Looking ahead, our vision for Phoenix AI is to give our customers a powerful tool that enables them to measure and improve their downstream mining processes in real time,” he says.

“Connecting the drill data to enable perfect blasts with the loading data to measure blast performance will be the next step on that journey.”

Phoenix has shown immediate and sustainable improvements in the field. During a two-month trial period at a copper mine in Southern Arizona, Phoenix increased drill production and penetration rates by 30 percent.

“We saw a significant improvement in the overall feet drilled and the average drilling and retraction time per hole. For the mine site, this means more holes drilled, in less time, without compromising the machine,” says Curtis.

In a second trial, conducted two months later, Phoenix AI had outperformed all manual drill operations on site with the highest penetration rate.