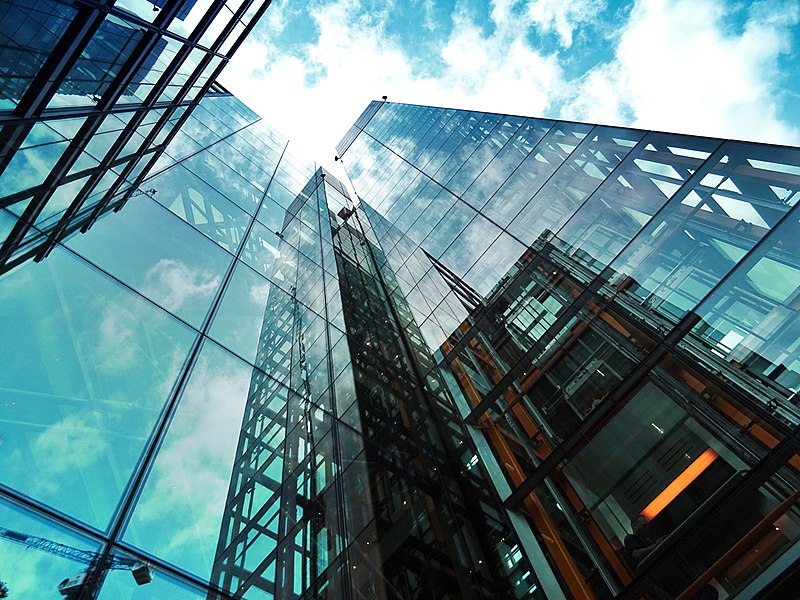 Imagine if all the glass we see on the sides of skyscrapers and other buildings were actually solar cells in disguise, collecting energy from the sun and helping to power the building and reducing our reliance on fossil fuels.

That is the dream of many scientists who are working on the technology. Essentially, they want to replace the silicon material that glass is made out of with material that is more suitable for capturing solar energy.

While green energy has made great strides in recent years – with Germans as a nation recently using more electricity from alternative sources than traditional gas- and oil-based power – there’s still a long way to go.

One example of the current inadequacy of the green power generation capacity was the recent blackout in California, which meant millions of residents having to cope with an extreme heatwave without air conditioning, according to the Wall Street Journal.

Californian politicians asked that electricity providers source 60 percent of their energy from renewable sources, which may account for the shortage, although the wildfires currently raging in the state have also been blamed.

Many developing countries have regular power cuts as a matter of course, with even India – an otherwise technologically advanced nation which even has a space program – having to limit the amount of power it gives to its people.

But if all that glass used in the construction of buildings could be used to collect power from the sun, maybe such power limitations would not be necessary.

One of the problems with the idea is that transparent solar cells – the windows – are actually relatively inefficient, typically able to convert only 2 to 3 percent of the sun’s rays into electricity.

However, a team of scientists at the University of Michigan claims it has found a way to make transparent solar cells that are more than 8 percent efficient – a new record.

The solar cells the researchers used “have a slight green tint”, which may not be to everyone’s taste. Surely it can be changed, but anyway the cells are more than 40 percent transparent, and it’s “much more like the gray of sunglasses and automobile windows”.

The team says it used an organic, or carbon-based, design or material rather than conventional silicon.

Yongxi Li, an assistant research scientist in electrical engineering and computer science, says: “The new material we developed, and the structure of the device we built, had to balance multiple trade-offs to provide good sunlight absorption, high voltage, high current, low resistance and color-neutral transparency all at the same time.”

The new material is a combination of organic molecules engineered to be transparent in the visible and absorbing in the near infrared, an invisible part of the spectrum that accounts for much of the energy in sunlight.

In addition, the researchers developed optical coatings to boost both power generated from infrared light and transparency in the visible range – two qualities that are usually in competition with one another.

The color-neutral version of the device was made with an indium tin oxide electrode. A silver electrode improved the efficiency to 10.8 percent, with 45.8 percent transparency.

However, the researchers accept that that version’s slightly greenish tint may not be acceptable in some window applications.

Transparent solar cells are measured by their light utilization efficiency, which describes how much energy from the light hitting the window is available either as electricity or as transmitted light on the interior side.

Work will continue on the project at Michigan as it will at various universities and organization worldwide.

Stephen Forrest, professor of engineering at Michigan Uni, who led the research, says: “Windows, which are on the face of every building, are an ideal location for organic solar cells because they offer something silicon can’t, which is a combination of very high efficiency and very high visible transparency.”