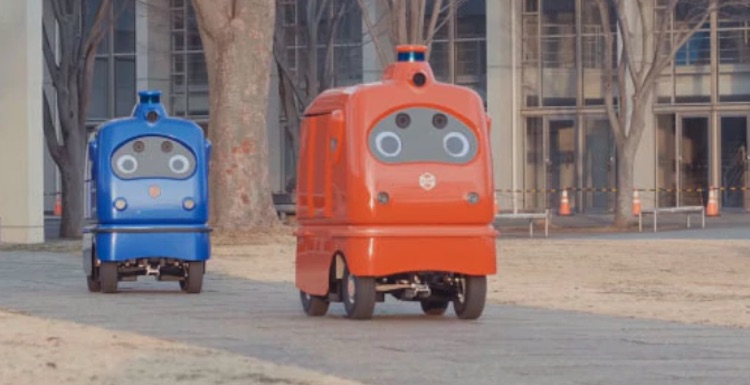 Logistics and snail-mail delivery giant Japan Post is partnering with Yamato, one of Japan’s largest door-to-door delivery service companies, to test delivery robots on the streets of Tokyo, according to Nikkei.

The robot the two companies are using was built by a local company called ZMP, which appears to specialise in autonomous mobile vehicles, be they delivery robots or cars.

This particular one is called “DeliRo” (main picture), probably short for “delivery robot”.

ZMP says DeliRo is equipped with a box that can hold luggage and is installed with its “Izac” autonomous driving technology, and has other pre-installed software.

It automatically drives at a maximum speed of 6 km/h while recognizing the surrounding environment 360 degrees with cameras and laser sensors, says ZMP. 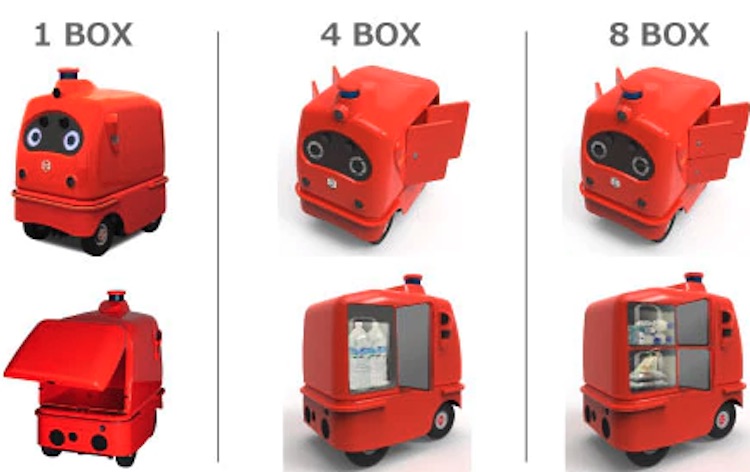 And it can carry one box, four boxes or eight boxes​ , depending on the shape and configuration, and has a maximum payload of 50 kg.

ZMP has been producing a variety of autonomous technologies for several years, but this could be its biggest contract.

Tokyo, Japan’s capital, is the world’s most populous city, with almost 40 million residents as of 2016.

Most people live in apartment blocks so the robot would have to learn how to use elevators in order to maximise its effectiveness.

In order to use elevators, a robot like DeliRo would need to be able to communicate with the elevators’ controls.

Separately, ThyssenKrupp recently unveiled just such a system, or “interface”, as the company called it.

The German industrial giant has since sold its elevator business for $17 billion but the interface is probably still available and integrated into some of its lifts.

At the time of its launch a few months ago, ThyssenKrupp said that it had developed a robotics interface platform to assist with robot delivery services throughout buildings.

Previously, robots could not operate independently and use elevators, severely limiting their use within a multi-story building.

ThyssenKrupp said its “sophisticated interface” allows communication between the robot and the elevator, which enables robots to make floor selections and use elevators like a normal passenger.

Kevin Lavallee, CEO of ThyssenKrupp Elevator North America, said: “ThyssenKrupp Elevator is helping shape the smart cities of the future with our innovative technologies and solutions that make passenger movement safer and more efficient for everyone, including robots.”