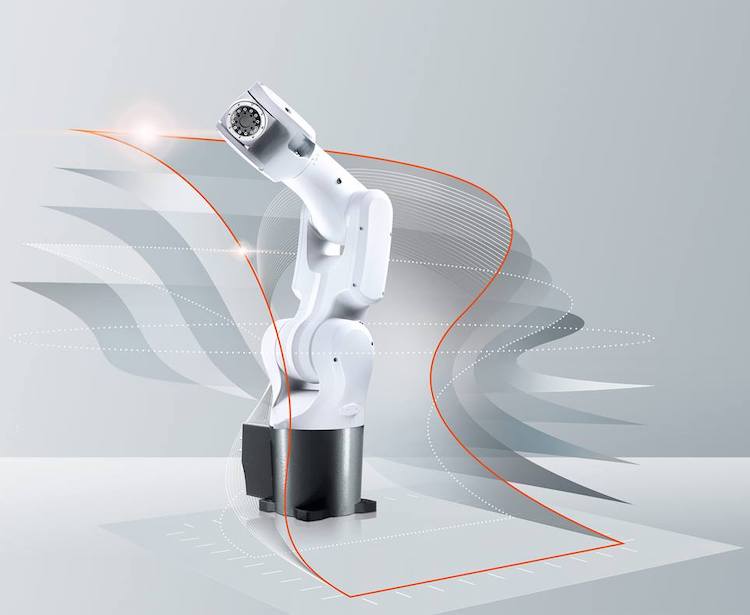 Kuka has launched a new compact industrial robot. The company says its new KR 4 Agilus is “a hot candidate for first place in the small robotics charts from October onwards”. (See video below.)

Kuka says the compact robot is optimally designed for robot-based automation in electronics manufacturing and for handling tasks in other industries.

The company adds that the KR 4 Agilus offers “virtually unlimited potential for small robots in the electronics industry”.

The new model is in the payload category up to 4 kg – not only in the electronics industry, but also in many other sectors. The robot can be installed in any position, for example on the floor, wall or ceiling, at any angle. 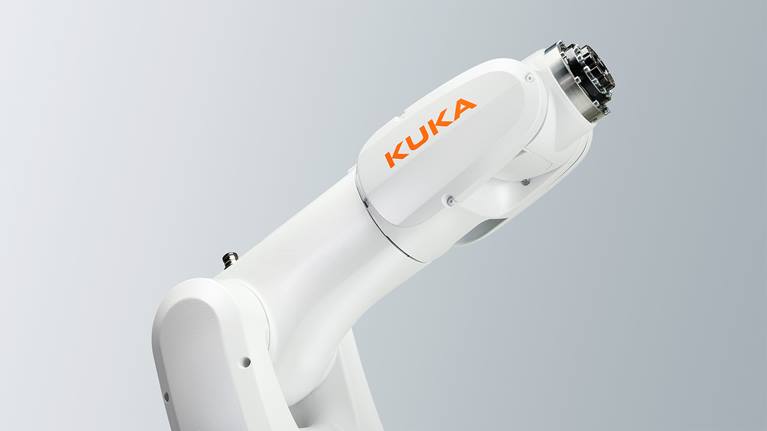 The robot moves loads of up to 4 kg “quickly and safely”, says Kuka. With its increased reach of 600 mm, it has even more application options – compared to previous generations, the work envelope has been expanded by almost 40 percent.

At the same time, it delivers utmost precision in a minimum of space. The KR 4 Agilus demonstrates its power in terms of repeatability and cycle times: with a maximum deviation of 0.02 mm per work step and a cycle time of less than 0.4 seconds (in the small Adept cycle), the robot leads the field.

Where maintenance requirements are concerned, it takes a more restrained approach, reaching its maximum service life with a minimal maintenance effort.

Markus Hollfelder-Asam, portfolio manager at Kuka, says: “We are supplying a new small robot in the 4 kg class that is a real ‘big hitter’, ideally suited for a broad spectrum of automation tasks – both in the electronics industry and in many other sectors.”

Kuka says the new KR 4 Agilus can handle almost any environment. Awarded the protection rating IP40, the KR 4 Agilus is ideally equipped, being well within its comfort zone at temperatures between 0 and 55 degrees, for example.

Its reliability has been tested by TÜV, the European CE mark and, among others, the American UL certification mark attest to dependable quality. 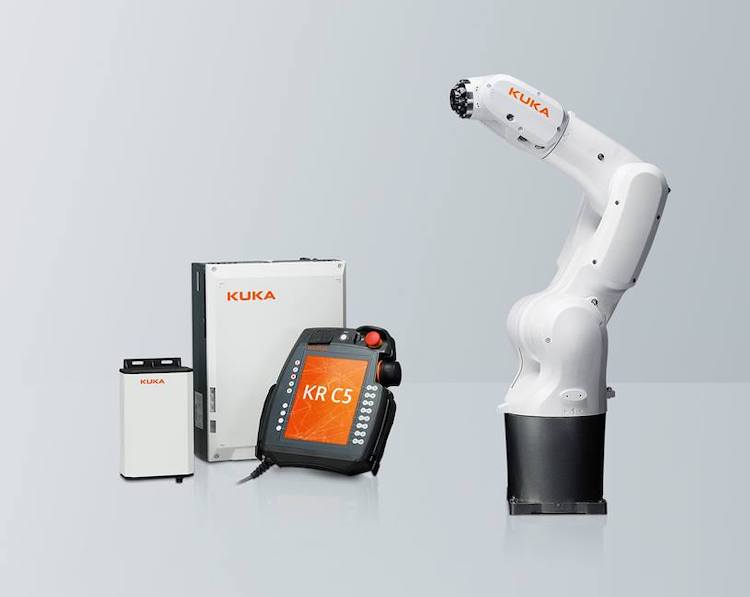 Users of the KR 4 Agilus “need not even worry about sensitive components”, says Kuka, being protected against uncontrolled electrostatic charging and discharging, it is also ideally equipped for sensitive tasks.

Hollfelder-Asam says: “With the KR 4 Agilus, we are not just closing a gap in Kuka’s portfolio. We are supplying a new small robot in the 4 kg class that is a real ‘big hitter’, ideally suited for a broad spectrum of automation tasks – both in the electronics industry and in many other sectors.”

The diverse range of interfaces mean numerous peripheral devices can be connected to the KR 4 Agilus, expanding the application potential.

The KR 4 Agilus also features the latest control technology from Kuka, the KR C5 micro with the latest KSS 8.7 system software, with which “tasks can be controlled and solved even more efficiently”.