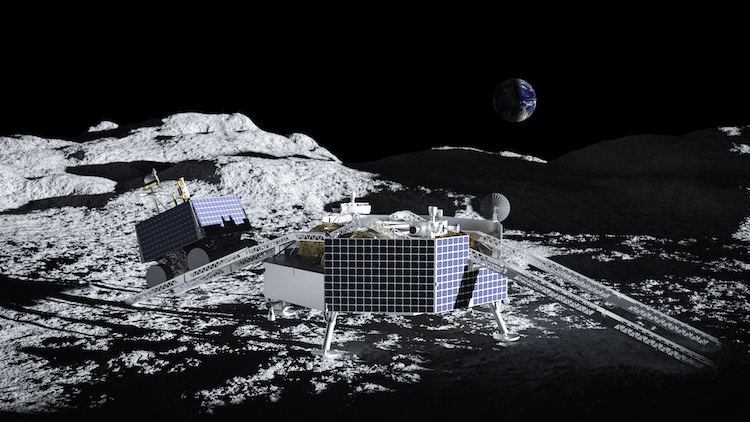 Whittaker is considered the “father of field robotics” for his pioneering work and the company was designed with the specific goal of putting a rover on the Moon.

The “Griffin” mission will deliver a Volatiles Investigating Polar Exploration Rover (VIPER) to the pole of the Moon to explore the permanently shadowed areas believed to be cold traps for water.

The rover has been programmed to drill down into the polar surface to look for and extract water ice which could be used to manufacture oxygen and rocket fuel.

“Delivering VIPER to look for water and setting the stage for the first human crew since Apollo embodies our mission as a company.”

Pittsburgh is the base for some leading technology brands, such as Uber and Zoom – the latter recently announcing the opening of a new research and development centre in the city.

Pittsburgh says it has been a leader in robotics innovation since 1979 when the Robotics Institute was founded at Carnegie Mellon University, home to the world’s first robotics PhD program.

Since, the city has been leading the world in robotics research and education. Leveraging its world-leading educational institutions and production of home-grown talent, combined with its historic manufacturing expertise, Pittsburgh is lining itself up to officially take the top spot in robotics research.

Nicknamed “Robotics Row”, a three-mile stretch of Pittsburgh neighbourhoods near Downtown, has seen an influx of robotics and artificial intelligence companies take over repurposed warehouses and industrial spaces, including: Argo AI, Bosch, Disney Research and Delphi.

Pittsburgh engineers were also instrumental in the early testing of Uber’s driverless cars.

Such demand from global tech companies choosing to expand in Pittsburgh with resident experts in their field, endorses Pittsburgh’s reputation as a leading destination for attracting and producing technology that is undeniably at the forefront of what’s next, according to local authorities.