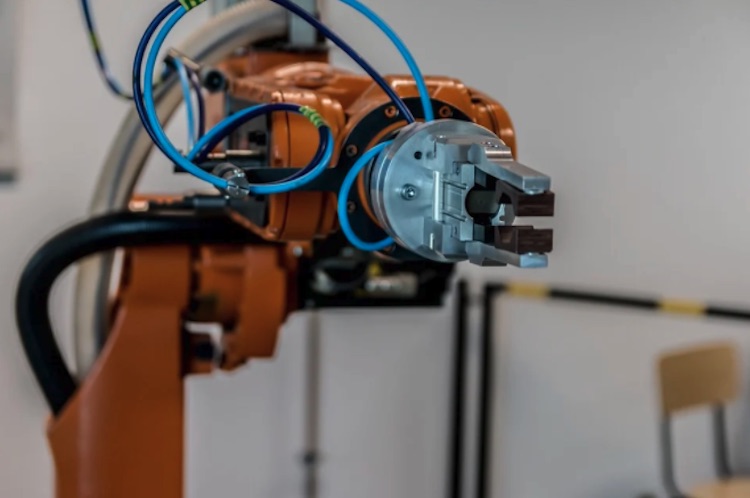 Robots are shaking up different aspects of the modern business world. Deloitte’s 3rd Annual Robotics Survey suggested that the implementation of robotic process automation (RPA) in organisations is in the rise.

Robotic Process Automation? What Is It?

Simply known simply as RPA, it is the use of robotics systems on computers or robots to support the processing of data, and thereby, making such data processing more effective.

RPA also comes with programs that prevent the need for human hands or humans to perform rule-based tasks that are mostly repetitive. Thus, RPA also leads to very time-efficient processes.

Although robotic process automation may sound complex to the untrained, it is only seen as an entry point, of a sort, to a much complex world of ambitious cognitive automation initiatives that cover a whole range of fields. 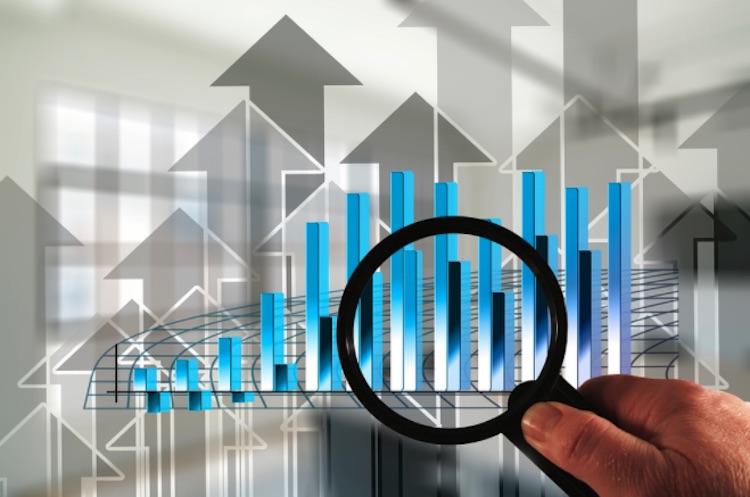 Robots and its associated artificial intelligence (AI) discussions should no longer be thought of as something related to some very distant future. And this is especially when we are beginning to see their effects on global business and our personal lives daily.

As we mentioned earlier, the idea of having robots or robotic systems in our daily lives should not be considered as some future possibility.

This is especially true in the business world as companies have chosen to employ such automation processes to respond to the COVID-19 pandemic.

And for these businesses, the use of RPA has been implemented in such a way that it goes beyond the current health crises.

For the businesses now signing on to RPA, it is currently in line with their top priorities. Thus, although esports have estimated that robotic process automation will hit $6.81 billion by 2026, it is already taking the business environment by storm.

Many business owners already using RPA are convinced that the process has either met the expectations or exceeded them in terms of boosting productivity while reducing costs at the same time.

Most businesses that have implemented different forms of RPA also observed significant improvements in the timelines of projects as well as compliance with regulations.

For most users of RPA around the world, there are positive payback periods, as most businesses report payback periods of at least 12 months, depending on the capacity provided by the robot or even the type of robotic process used.

Intensifying the interest in robotics

The past couple of years have seen a steady increase in the interest in robotic process automation and robotics in general in the world of business.

This steady increase more than doubled due to the impact of the coronavirus, as more and more businesses opted for a way out by using robotic different process automation technologies.

Globally, organisations are developing clear strategic priorities when it comes to the implementation and use of robotics.

A couple of years ago, robotic process automatic was still considered as an emerging technology.

And although it is yet to take over the business world completely, it has already had a very significant impact in the way companies run their businesses, by eliminating tedious tasks and freeing the corporate workers to focus on higher work value.

There is still quite a distance to go when it comes to intensifying the interest of many other companies in RPA.

For most companies yet to introduce or implement this technology into their businesses, the main concern may be money or cost-related.

But there is enough evidence from the companies that already use this technology, to prove that the return on investment is very high.

Another point of concern for the hesitation of some companies to introduce RPA has to do with the fact that the initiative will contribute to some people losing their jobs.

However, Deloitte’s report suggests quite the contrary. That is to say that robotic process automation will, instead, contribute to the creation of more jobs, which, on average, will be higher-paid and higher-skilled.

Even with most companies recognising and appreciating the benefits of this technology, there is also another problem that has to do with scaling it.

Very few companies have been able to scale their digital workforce. And unfortunately, this has been a problem over the past couple of years.

Aside from the challenges already mentioned, there are five main areas of concern by companies that have already been able to implement robotic process automation.

These areas include technology – expectations and employee impact, stakeholder buy-in, the flexibility of solution and integration, IT buy-in and support, as well as process standardisation.

Additionally, when RPA is deployed at scale, it comes with significant architectural challenges, a shift to a DevOps culture to facilitate the maintenance and control of the solution ongoing.

Depending on a company’s field of business, the use of other cognitive technologies can be explored. This, according to some experts, helps organisations to make progress in their adoption of RPA and tend to become more ambitious.

No matter the challenges the business world faces in their implementation of robotic process automation, its use is sure to fuel the interest and the agility that is required to implement other technologies.

Some technologies, such as the use of drones and other cool gadgets, are not new to the business world, with websites such as https://www.drdrone.ca/ providing different kinds of drones for private and business use.

Businesses will, therefore, be able to move forward on their digital automation journey with the help of robotic process automation.

And when it comes to allaying the fears of human labour, one of the best ways to make employees feel more at ease with robotic process automation technology, is by involving them both in the design and implementation processes. 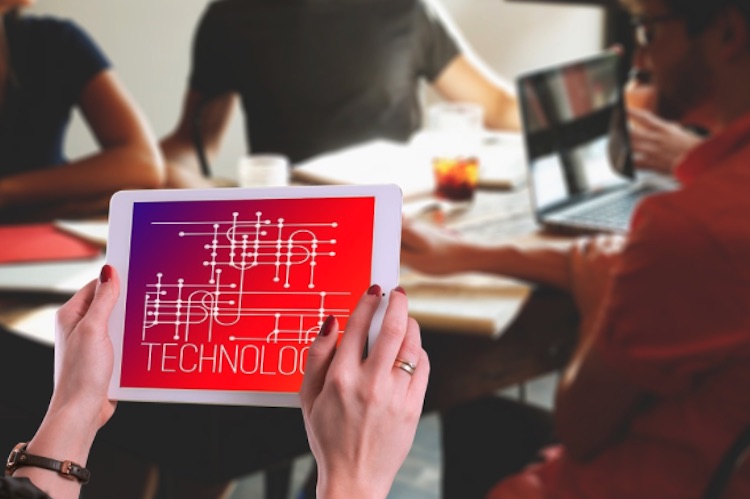 What are the benefits of RPA?

As we indicated earlier, RPA will help to significantly reduce a company’s staffing cost as well the human error that it comes with.

Contrary to what most people or companies think, bots are generally low-cost and very easy to implement, as they require no deep systems integration or custom software.

These characteristics are crucial, as businesses pursue the needed growth without bringing along significant expenditures or costs or even friction among their workers.

Business or companies can also give their automation efforts a significant boost by adding technology that involves cognitive processes such as natural language processing, speech recognition, and ML.

This will, therefore, automate higher tasks that required the perceptual and judgement capabilities of the human worker in the past. Robotic process automation is part of a value chain called intelligent automation (IA), in which an upward of up to 20 steps may be automated.

Experts predicted that by 2020, artificial intelligence and automation should reduce the requirements of employees in business-shared centres significantly, with a further prediction that the RPA market will hit one billion by the turn of the year. And as we have already mentioned, the figure is expected to hit over $6 billion in six years.

Are there any pitfalls?

The several benefits of RPA notwithstanding, the process is not for every kind of business or enterprise. As with any other form of automation technology, robotic process automation (as we have already mentioned) can lead to a number of job losses.

And this presents a few challenges for many companies interested in employing this automation. The key challenges include managing talent and skill.

Indeed some experts have predicted the potential loss of human labour in staggering figures that reach hundreds of millions or at least 9 percent of the global workforce. But at the same time, a huge number of new job opportunities are expected to be created.

And even if companies are able to navigate the pitfalls associated with loss of jobs, there is still another pitfall to deal with – implementation failure.

According to experts, implementing robotic process automation fails more often than not, with several companies either putting the several robotic programs on hold or flatly refusing to install new bots.

Also, although RPAs are expected to be cost-effective, several companies that have tried installing thousands of bots have found it more complex, more expensive, and taken longer periods to install than they had expected.

This is because sometimes the platforms needed on which the bots can interact tend to change often. Plus, the flexibility that is needed is not always configured into the bot.

Companies should put PRA into their whole developmental cycle. Otherwise, they may risk killing their bots during a big launch.

Companies should also ensure that they set and manage expectations while considering the impact on the business. It is also to keep in mind the impact of the automation on the people.

Companies should not forget to loop in HR or get their employees involved in both the design and implementation process.

And if the company already has an IT team, then it is important to get them involved in the early stages of the implementation, not when it is done, and there are some challenges.

Also, ensure that design and change are properly managed.