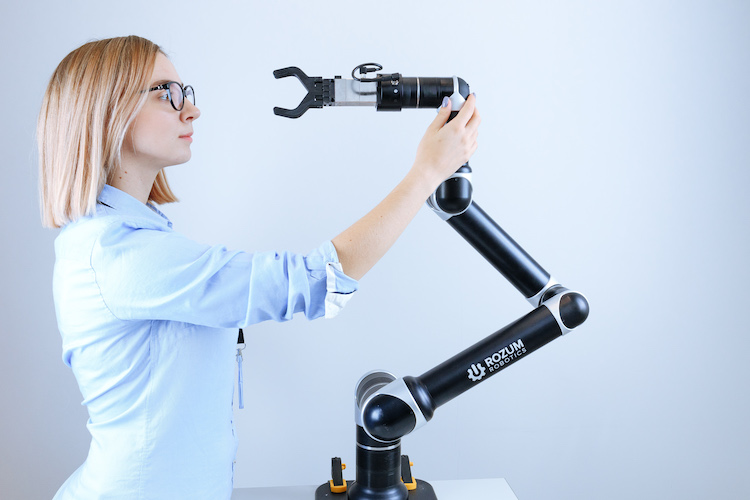 Rozum Robotics has developed a collaborative robotic system for coffee-making and serving, calling it Rozum Café. (See video below.)

The labor shortage is a common challenge in manufacturing. Human-robot collaboration is a promising solution to this problem.

Production lines, where a human and a robot can work shoulder by shoulder, unite robotic efficiency and human creativity.

Due to some forecasts, collaborative robot sales will raise $11 billion by 2030, taking 29 percent of the robotics market. The most well known producer of cobots, Universal Robotics controls up to 60 percent of the cobots market.

Industrial robot producers such as Kuka or Fanuc have cobots among their products, too. More and more local producers of cobots will arrive worldwide. 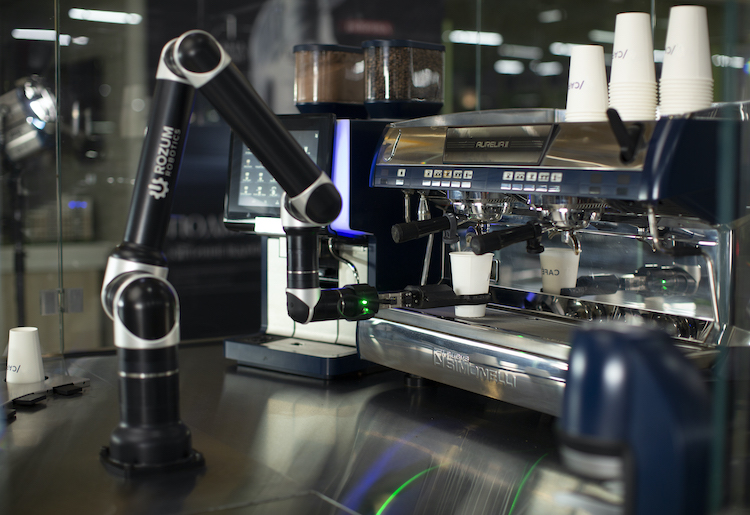 One such company is Rozum Robotics, Belarus-located start-up that builds cobots using its own servomotors (see picture below).

Pulse cobot from Rozum Robotics is a robotic arm with six degrees of freedom, 750 mm reach, and 6 kg of payload.

Initially, the Pulse cobot had to be installed on diary production lines. Pulse suits perfectly for such tasks as sorting, packaging, pick and place tasks, and so on.

But in 2019, a bakery chain from Ukraine asked Rozum Robotics for an automation solution for their cafes. So appeared the first version of the robotic barista.

Initially, there was no Capuccinatore, the robot worked with only two types of cups.

The project grabbed so much attention that from a side project robot barista turned into a well-developed product called Rozum Café.

It is an autonomous solution for a quick start in the coffee business. To install a robotic café the client needs just Wi-Fi connection and electricity.

The company plans to sell robotic cafés to clients in the USA, Canada, and Western Europe. 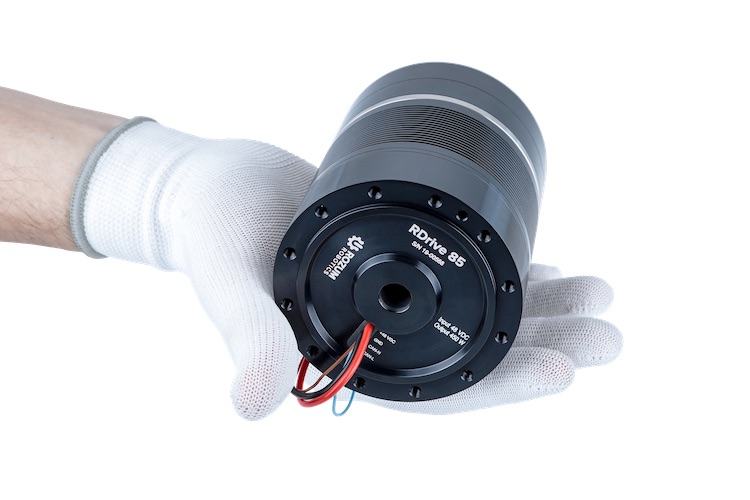 In the second version of the robotic café, Rozum Robotics plans to extend the menu, add some interactive elements to the robot interface, integrate voice control, and so on.

The pandemic changed an approach to service robotics, turned it on 360 degrees. When launched in 2019, Rozum Café was interesting as a PR tool for attention grabbing.

In 2020, there are many requests from coffee and café chains. Robotic solutions became an efficient tool for staying on board during pandemics.

A glass wall protects the working space of the robot barista. The clients do not interact with the robot. The barista robot needs just 2 minutes 40 seconds for the biggest and the most complicated drink, so there are no lines even during rush hours.

Food and client safety is a new global challenge for restaurant and coffee businesses all over the world. Collaborative barista, pizza, burger, and so on, robots can be effective and reliable helpers in this new world.