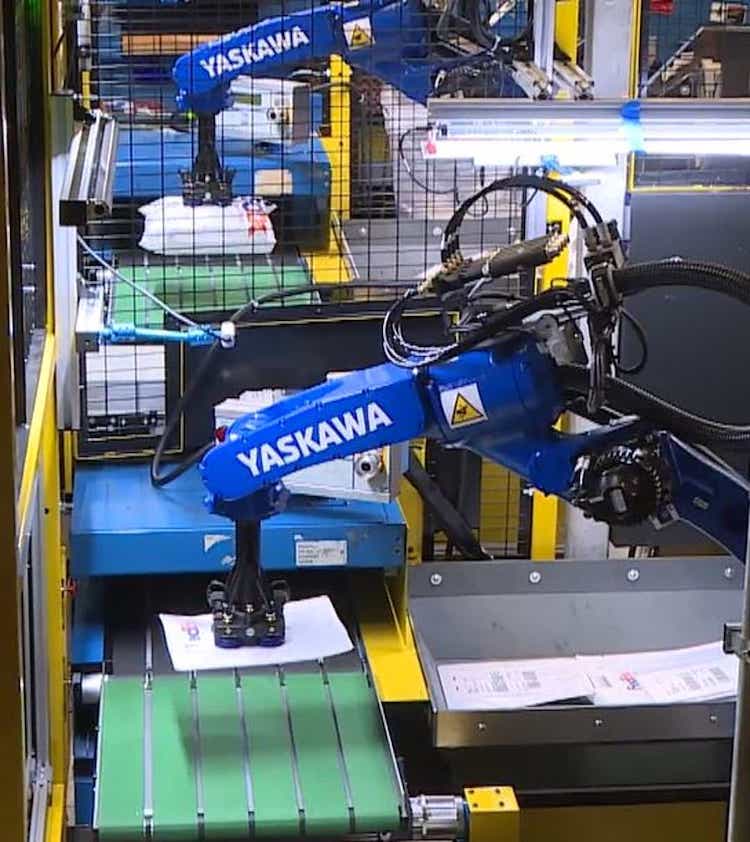 FedEx has installed industrial robotic arms to do what is considered the “most difficult” job to automate in a sorting facility in Memphis, USA.

As shown in the Wall Street Journal video below, FedEx has integrated Yaskawa robots and software from Plus One Robotics into a robotic system that performs a task which involves picking up parcels or envelopes from a tray and placing them on a conveyor.

While this is a simple job for a human, automating this step in a warehouse has proved very difficult in the past.

But because of advances in camera systems and their associated artificial intelligence, this highly monotonous task can now be done by a robot.

A human worker is still employed to directly oversee the robots, which sometimes get stuck when something gets in the way of the camera or some sensor.

Moreover, the robots each work only at half the speed a human is capable of.

However, one human can manage eight of these robots, and FedEx says the robotic systems will get faster over time as the company learns more through testing.

FedEx says it aims to process 80 percent of packages through automated facilities by next year.