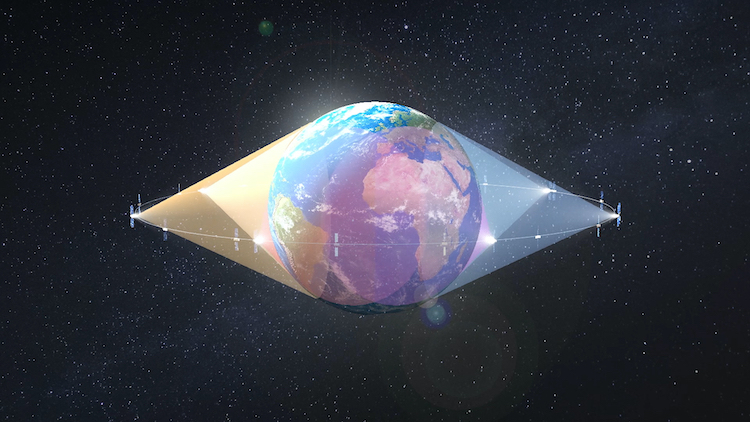 Boeing is currently building the first seven O3b mPower satellites for SES. The first set of satellites will be launched in late 2021.

Chris Johnson, president of Boeing Commercial Satellite Systems, says: “Our partnership with SES provides its customers with a major advantage in scale, service quality, and speed.

“We’re grateful for SES’s confidence in our team and our newest portfolio of 702X satellite systems, and for the opportunity to enable the connectivity end-users need to innovate, communicate and thrive.”

The O3b mPower satellite constellation will integrate with existing network architectures to deliver global, end-to-end managed network services on land, sea and in the air.

Additionally, Boeing and SES have agreed to collaborate to develop commercially-based service offerings and capabilities that can be derived from current and future SES MEO satellites.

Working together, the companies will develop resilient, interoperable MilSatCom-ComSatCom architectures to provide US and other government users with robust connectivity across mission domains.

Steve Collar, CEO of SES, says: “As SES expands the O3b mPower constellation from seven to 11 satellites, Boeing and SES have agreed to collaborate to develop commercially-based service offerings and capabilities for the US Government.

“We have built our network around a multi-orbit, multi-frequency, high-throughput, flexible and open architecture increasingly of value to Government users. We are looking forward to the first launch of O3b mPOWER and excited to extend our partnership with Boeing,”

With thousands of beams that are formed in real time and can be pointed and shaped where needed, 702X allows operators the flexibility to specifically distribute power and bandwidth among users, maximizing useable capacity and eliminating wasted energy.